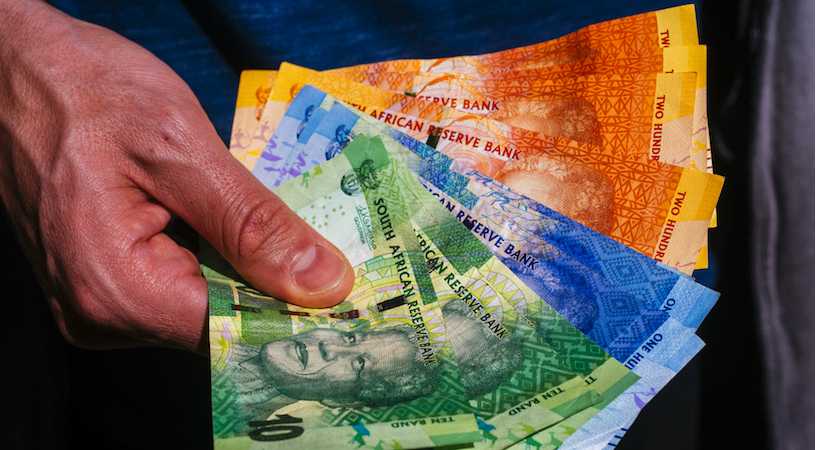 Investors in South African equities have been knocked by a series of corporate scandals. Steinhoff has been teetering on the brink of collapse since 2017, when it started to emerge that its executives had developed an elaborate web of deals to feather their own nests. Steinhoff still rumbles on, displaced from the headlines lately by Tongaat Hulett – which has plummeted on the stock market. There are the obvious questions about personal greed getting in the way of sound corporate governance. However, as analyst Ryk de Klerk notes, there’s a bigger issue: capitalism has slowly become cannibalistic. Instead of using debt to create shareholder value, companies are gambling on derivatives to put a sheen on executive performance. He calls this cannibalistic capitalism. The article was first published on IOL. – Jackie Cameron

Savers, retirees and retirement funds are shocked by how their pockets were hit by the sell-off of two shares in particular over the past few months. Aspen Pharmacare fell by 28% from the pre-sell-off levels in early March, wiping off more than R18bn of its market value to bring the total loss since August last year to a massive R85bn or 65% of value.

Aspen fell hard with the announcement of the disappointing interim results while the drug maker’s balance sheet deteriorated due to increased net borrowings, casting doubt on the company’s future prospects.

Tongaat-Hulett saw its share price perish by more than 67% from the levels just before the sell-off intensified in February this year, wiping off more than R4bn of its market value. Tongaat fell after the company advised shareholders that a comprehensive review of practices might impact on previously reported financial information – that was on top of a very disappointing trading update and trading statement of the company released in late February.

In total, the value destruction of Tongaat since its high in January 2018 is a massive R14bn or 87% of the company’s market capitalisation.

The circumstances surrounding Tongaat’s demise especially smack of capitalism that has been cannibalised.

Business Insider in 2015 quoted a correspondent’s post on the subject:

“The modern banking system of the last few centuries has been based on lending to borrowers who do something productive with the capital – open a mine, start a factory, start a ranch, drill an oil well. But this whole equation becomes unstuck when – because of a finite resource-constrained planet – there’s nowhere productive to invest it anymore. That’s when finance capital becomes cannibalistic, as it has over the last few decades. That’s why the Greeks, for example, cannot grow themselves out of the debt pit – there’s no growth to be had.”

To me capitalism becomes cannibalistic when the practices and processes followed by greedy corporates and their executives, not only for the sake of growth at all cost but also for their own pockets as their total remuneration packages are normally linked to the company’s financial performance and even more so, the performance of the company’s share price.

Your savings or investment could be used by the companies to buy overinflated assets, even sometimes from some of their own executives, or put your savings at risk by over-leveraging companies through excessive borrowings. Profits can be overstated and/or all sorts of funnies done to make the financials look better. Yes, your savings are used by your fund manager, retirement fund or yourself to invest in a company where all of you are unaware of any malfeasance by the company’s executives and the company’s external auditors.

How can a highly qualified analyst or fund manager with similar qualifications as the external auditors of the company question the audit of a reputable audit firm and accounting practices?

The extreme form of cannibalistic capitalism to me involves short-selling where a short seller makes money when share prices fall. Short-selling effectively means the selling of equities which you do not own with the objective and hope that the price of the asset declines to a level where you can buy it back and make a profit.

It is virtually impossible for the ordinary investor or fund manager to observe the share lending activities, though. Ordinary investors and even fund managers can be caught totally unawares if a share price suddenly starts to fall on increased volumes as a result of some of the borrowed stock entering the market.

Short-selling and the lending of securities in normal circumstances are quite healthy for the financial markets. Those analysts who detect that something is wrong with a company should be rewarded as short positions can be built long before a major negative announcement about a company is made.

Holders of direct or indirect illiquid debt instruments also often protect their capital by short-selling of the company in question’s shares in some way or another specifically when red flags are raised about the health of the company.

In the case of Tongaat a broad-based black economic empowerment equity transaction took place in 2007 where RMB and Nedbank effectively funded most of the capital with security rights to Tongaat shares as collateral. It stands to reason that RMB and Nedbank would have protected their capital and minimise their losses or even profit from using derivative instruments and mechanisms such as short-selling.

When the covenants were breached, RMB and Nedbank recently exercised their rights and acquired 18% of Tongaat’s issued shares at 1 cent per share. As they are known to be shrewd operators, it will not surprise me that the shares acquired will probably just be delivered to the parties from whom they borrowed the shares – that is why they are not interested in the management of the company nor will they disclose the write-offs or perhaps profits on their initial exposure.

Some analysts who “live” close to Tongaat had their reservations about the company’s direction. For others, the sell-off in February provided an opportunity as the share traded at a significant discount to the stated net asset value of the share. According to Morningstar the current Price/book value ratio of Tongaat is 0.17 but no one knows whether the book value will be adjusted downwards. What happened is history.

With hindsight it seems that the market was oblivious to the bad results Aspen telegraphed in its pre-close statement in mid-December last year and that could be conducive to an environment where short-sellers roam.

Short-selling unfortunately opens the way for abuse as well. It is especially relevant in regard to insider trading and market manipulation. Worst of it all, well-managed but relatively highly geared companies – those with high debt – may suddenly discover that their credit lines and customer base dry up resulting in an implosion of the company and its share price. Very large retirement funds may lend out stock at their peril or use stock as collateral – you simply do not know what the counter party may do as they can actually use it to take positions against you.

It has happened with well-known names. The jury is out on who is next. Unfortunately we as savers end up to be the victims of cannibalised capitalism.