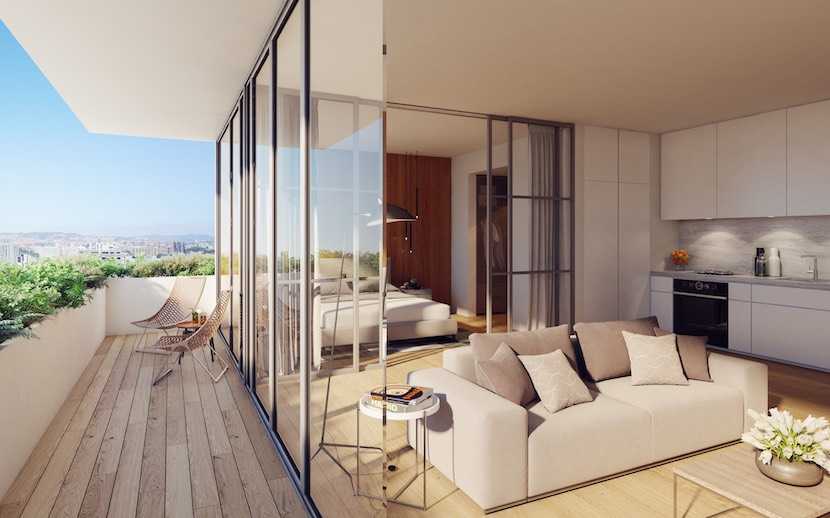 Cape property icon Johnny Rabie, whose company developed the 250ha Century City complex, has branched into foreign waters for the first time. In this special webinar, Rabie and his chartered accountant colleague Malcolm Lobban unpack the rationale and financial details, and answer your questions about the LX Living property development in Lisbon which offers hard currency returns – and a route to an EU residency visa.

The webinar focuses on the €90m project which Johnny Rabie’s company Neworld is developing in Lisbon. Although he had been approached many times on prospective global projects, this is Rabie’s first development outside of South Africa. It is the result of an approach by a leading Swiss company which wanted to tap into Rabie’s expertise gained during 40 years of property development in the Cape, particularly in its 250ha mixed-use Century City project, which has been the focus since 2003.

During the webinar Rabie explained how he felt very comfortable with the project within a couple days of arriving in Lisbon, and is particularly impressed with the way the Portuguese government has revived the economy post the crisis in 2012.  The infrastructure is of a high standard and Lisbon is a “charismatic and sophisticated city” with 300 days a year of sunshine. In 2019, the city was also voted the best overall investment prospect in the whole of the EU. The LX Living project’s location is in a prime position in Amoreiras and within a short walk of the Avenida da Liberdade, which Rabie describes as Lisbon’s “Champs Elysee”.

Financials are handled in the webinar by Malcolm Lobban, a chartered accountant and director of Neworld, who explained how the company is able to offer a 4% guaranteed return for the first two years, and how it opens the way for prospective emigrants from South Africa seeking the investment-based EU Golden Visa. Investments are geared up through guaranteed bank loans charged at minimal interest rates.

The webinar covers all other details on the mixed use development including the kind of units available – studio, one and two bedrooms – the retail space below and the high quality finishes, which Rabie says are superior to those that are standard in South Africa. Rabie says the response has been so good, and his impression of Portugal so positive that he expects to engage on two more developments next year.

Much more detail is provided in the webinar itself – including answers to a string of questions from more than 100 people who attended the live session. Click on the “play” button above to watch the recorded version.