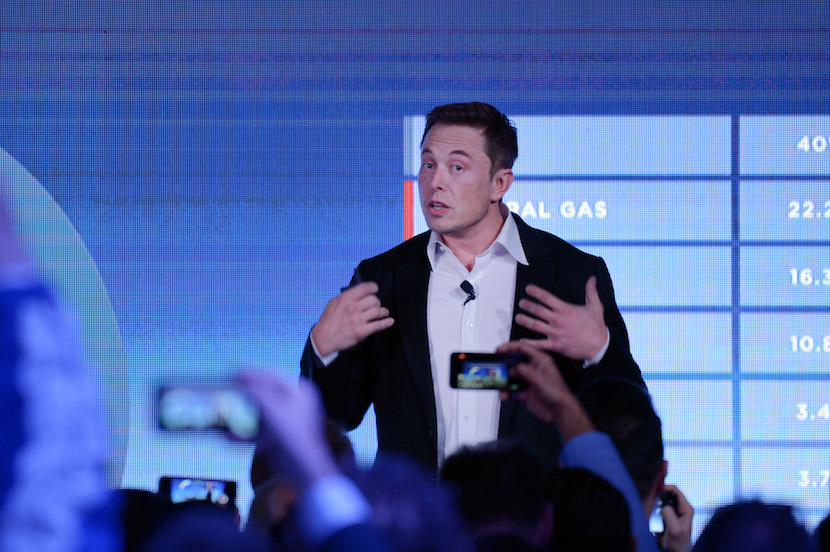 In an interview with BizNews editor-at-large Jackie Cameron, founder and executive chair of Sygnia Magda Wierzycka lambasted Tesla chief executive Elon Musk, calling out his market moving social media activities as fraudulent. Tesla bought $1.5bn of bitcoin in early February, causing the cryptocurrency to skyrocket in the subsequent weeks following the disclosure. Musk has been active on Twitter since the beginning of the year, moving the market on a number of individual stocks and cryptocurrencies given his cult-like following. Musk called Wierzycka’s inaccurate (twitter spat inserted below for ease of reference). Two of the world’s greatest innovators going head-to-head. Entertainment personified. – Justin Rowe-Roberts

This is inaccurate. Tesla only sold ~10% of holdings to confirm BTC could be liquidated easily without moving market.

The executive said in a tweet that he wants miners to use about 50% clean energy. The Cambridge Centre for Alternative Finance has estimated that 39% of crypto mining is powered by renewable sources, mainly hydroelectric.

It shows that Musk still sees a future for wider Bitcoin adoption after he criticised the digital currency for being an energy hog and relying too much on fossil fuels. Bitcoin jumped 9% on Sunday and traded at $39,580, near a two-week high, as of 8am in London on Monday.

“Elon’s stance seems to be moderating and providing a target that’s not far away,” said Jonathan Cheesman, head of over-the-counter and institutional sales at crypto derivatives exchange FTX. “The rally was already underway as the market speculates about an imminent purchase from MicroStrategy and the G-7 comments on crypto were neutral, even optimistic, about digital innovation.”

MicroStrategy, whose chief executive officer Michael Saylor has become a vocal Bitcoin evangelist, last week boosted a junk-bond offering for the purposes of buying the cryptocurrency to $500m from $400m.

Musk has whipsawed Bitcoin and other digital tokens in the past few months. In February, Tesla announced it had bought $1.5bn in Bitcoin and signalled its intent to start accepting Bitcoin as payment for vehicles. In March, Musk tweeted, “you can now buy a Tesla with Bitcoin,” only to say in May that the practice was suspended due to concerns about fossil-fuel usage for Bitcoin mining and transactions.

Musk’s post on Sunday was in reply to a report in CoinTelegraph, which cited Magda Wierzycka, executive chair of South African asset manager Sygnia, as saying Musk’s recent tweets on Bitcoin should have prompted an investigation by the US Securities and Exchange Commission.

“We may soon be closer to 50% than you think,” Fred Thiel, CEO of Marathon Digital Holdings, said of Musk’s threshold for clean-energy usage. “There is already a big shift happening as China shuts down Bitcoin mining operations in provinces that were primarily powered by coal.”