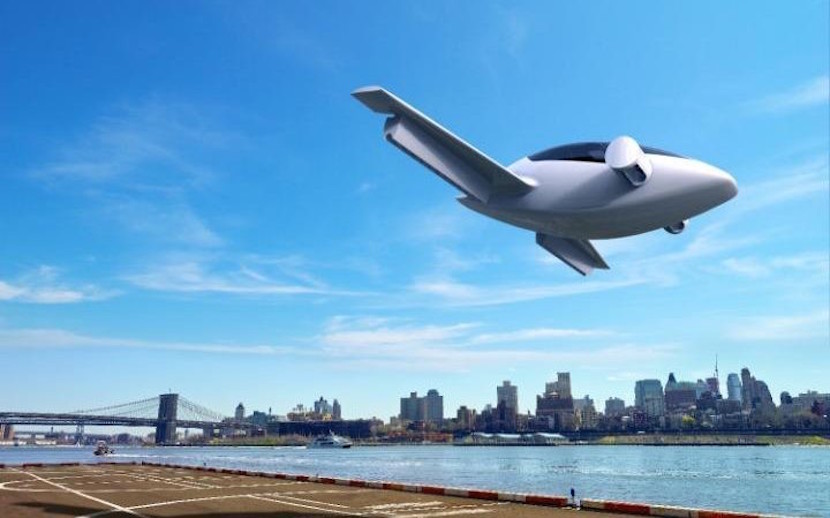 Modes of transport, a fascinating history littered with astonishing achievements from the legendary Wright brothers to Henry Ford and his production line. It’s developed from a horse and cart to 0-100km/h in 6 seconds. And while the world sits on the retired concorde, innovation is still being pushed further but where is it going? South African born Elon Musk has already redefined the world of electric cars with Tesla, and rejuvenated space travel with SpaceX. And he’s back on the horse, turning the hyperloop concept into reality. The article below also looks at real life James Bond jetpacks, and flying cars. It’s a world where dreams do get a sniff of reality. Fantastic work from the World Economic Forum’s Ceri Parker. – Stuart Lowman

A “hyperloop” transport system that could one day propel people through giant tubes at 750mph, a brainchild of the prolific pioneer Elon Musk, has undergone its first test in the Nevada desert.

Hyperloop One, a start-up which has secured $80 million in funding to turn Musk’s concept into reality, yesterday unleashed its “Sandshark” test sled.

Using compressed air forced through runners to create a near-frictionless surface, engineers sent the sled hurtling through the desert at 115mph. The rattling metal sled could provide a blueprint for an entirely different kind of public transport system: a capsule containing passengers and cargo, propelled above guide rails inside a giant steel tube. It calls to mind a Large Hadron Collider for office workers.

The concept may sound fanciful, but it addresses a very real problem: traffic fumes, which contribute to climate change as well as a global air pollution problem responsible for seven million deaths per year.

Musk is not pursuing the concept himself because he is fully deployed elsewhere, what with trying to overturn the car industry and colonise Mars, but he has released his idea to other companies hoping to change the way we travel.

The hyperloop is not the only audacious transport innovation hoving into view. Advances in drone technology are bringing us closer to the day when we might pilot our own flying vehicle: earlier this year, the Chinese company Ehang unveiled a one-person passenger craft, controlled by tablet and capable of flying at up to 60mph.

Flying cars may long have been the stuff of science fiction fantasy, but are finally approaching a viable reality. Last week, the company Lilium Aviation claimed that its tiny, environmentally friendly electric planes, which can take off vertically from a garden lawn, would be available within two years. To fly one of these planes, you would need a pilot’s license entailing a minimum of 20 hours of training – similar to a driver’s license.

Meanwhile, another sci-fi trope has recently re-emerged: the jetpack. While engineers have been attempting to create an effective individual propulsion device for nearly 100 years, last autumn David Mayman, an inventor and aviator with Jetpack Aviation, made a convincing sortie around the Statue of Liberty.