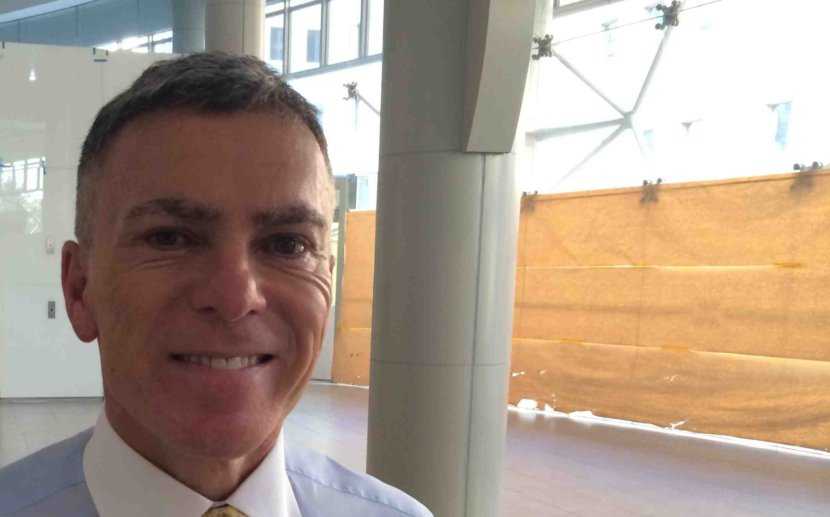 Adrian Gore, CEO and co-founder of Johannesburg-listed Discovery, is one of South Africa’s business success stories. The University of the Witwatersrand educated actuary left Liberty to start up Discovery as a solution to develop private medical insurance in a sustainable way. His team created innovative ways to make medical scheme membership work, including incentivising healthy behaviour through rewards programmes. Gore’s success is not based on entrepreneurial talents alone. His ethos is to base decisions on evidence, with his background in actuarial sciences informing strategy. It’s an approach that has ensured that Discovery’s revenues would make a small country’s finance minister’s eyes water. In this piece, penned for the World Economic Forum, Gore tackles the thorny issue of the future of South Africa. He explains why South Africans appear to be overly pessimistic, backing his points with a raft of statistics. – Jackie Cameron

Things are bad and getting worse for South Africa. Or are they?

Whenever I make the call for positive leadership in South Africa, to liberate the country’s incredible potential, what fascinates me is the criticism I receive for my naivety. People point to the challenges South Africa faces, and it’s certainly true they exist: GDP growth is at 0.8%, youth unemployment at 54.7%; we have a bloated public sector wage bill and a hefty budget deficit to fill; and tragic inequality. My plea for positivity is not in spite of these challenges, but because of them – and it is rooted in science.

The optimism paradox – the gap between private hope and public despair – is an intriguing idiosyncrasy explained by behavioural economics. On the one hand is our belief, that in our personal lives, our future will be better than our past, known as the optimism bias. According to 2018 research from the Nobel Prize-winning economist Angus Deaton, based on data collected on 1.7 million individuals across 166 countries from 2006 to 2016, individuals are unwaveringly hopeful – to the point of consistently but irrationally believing they will be better off five years from now. This difference between expected future well-being and current well-being was largest for Africa, roughly twice as much as the world. The optimism bias can be explained by evolutionary biology. With our earliest ancestors facing threats posed by violence, disease, child birth and so on, the average lifespan was 21-35 years. To make any kind of progress in life, we needed to imagine a reality that was different, and one we believed was possible.

Counter-intuitively, however, this private optimism is contrasted with a persistent and pervasive public pessimism, known as declinism – the belief that our world (or country) is on an irreversible downhill trajectory. Declinism, too, has its roots in evolutionary biology. Hunter-gatherers were faced with constant environmental threats and were coded to seek out negative cues, a fundamental conditioning for survival. The global market and opinion research organisation Ipsos MORI surveyed perceptions of 26,489 people across 28 countries as to how the world is changing. Sixty-five per cent of respondents believe the world is getting worse, fuelled by misperceptions of how the world has changed. The degree of optimism about the future differed hugely according to the level of people’s knowledge about global development – those that were most pessimistic about the future tended to have the least basic knowledge on how the world has changed for the better.

We South Africans suffer from this declinist outlook acutely. Not only are South Africans gloomy about how the world has changed and what the future holds, on a broad range of issues, South African respondents gave the least accurate guesses of where the figures on global and national development stood – out of all 28 countries. We are not just impervious to the facts on progress; the study revealed we are confident in our erroneous perceptions.

Declinism could easily be dismissed as a cognitive peculiarity, except it has real and dangerous consequences that impede our progress. Firstly, we fail to see our country’s progress. Using South Africa as a case study, it – like the world – has become a fundamentally better place as time progresses. Our GDP is 2.5 times the size it was in 1994 on a dollar basis; formal housing has increased by 131% from 1996 to 2016; new HIV infections are down 60% from 1999-2016; and the murder rate per 100,000 is down 50% from 1994 to 2017.

Our country is also larger and more relevant than we think. The graphic below shows that our individual provinces square up against other countries in terms of GDP: Gauteng is bigger than Kenya and Ethiopia, and the Western Cape is almost the size of Ghana. Our economy is substantial: in terms of stocks traded in 2017, South Africa trumps the Middle East and North Africa region, Singapore and Norway; and holds 82% of the pension fund assets in Africa, 18 times that of its second ranked peer, Nigeria (in spite of Nigeria’s GDP being larger than our own, and their population being 3.4 times larger). Our market also enables the building of massive companies. Discovery’s revenue footprint (including Discovery Health Medical Scheme) is more than half that of Mauritius; according to The Banker’s 2018 Top 1000 Worlds Bank Report, both Standard Bank and FirstRand are bigger than all Nigerian banks combined on a tier 1 capital basis.

Secondly, we see problems as insoluble anomalies, and our decline as inevitable. What blinds us further from recognising our progress is a myopic obsession with the problem of the day. Pre-2005, the issue was HIV/AIDS. Then we experienced crime in the early 2000s; followed by xenophobia in 2008, and the Eskom power crisis and labor unrest thereafter. In the past two years – #FeesMustFall, state capture and land expropriation have occupied the public’s attention as issues signaling our impending demise. But the fact that these problems change shows that they cannot be intractable. They are all tragic and need to be solved. But we have the ability to gain traction on them, albeit at times in a messy way.

The effect of the above is that we start perceiving our country and its economy as risky; and we avoid investing, when the opposite should be the case.

South Africa has a relatively stable economy, as seen by its GDP growth, which has been the lowest in volatility when compared against BRIC peers over 1994-2017. This suggests that we mis-price risk and miss opportunities. The rand, however, is one of the most volatile currencies among the same peer set, over the same period. If we consider the country as a “company”, we can then use GDP as a proxy for the “revenue” of the country, and the currency exchange rate as an indicator for the “share price”. If we then take the standard deviation of our currency over the standard deviation of our GDP – South Africa has the consistently highest ratio over time relative to the above cohort. This suggests a profound gap between perceived risk and real risk.

Our country has remarkable potential, but we need to deliver economic growth – vital to addressing our serious challenges of unemployment, poverty and inequality – and to delivering real improvements to quality of life. Looking back, had South Africa mirrored the rate of global or emerging market GDP growth, we could have been 17% or 38% bigger (respectively). The Bureau for EconomicResearch puts the cost of the last 10 years at ZAR500 billion, and the opportunity cost at 2.5 million additional jobs. Our rudimentary calculations show this could have halved poverty.

As leaders in South Africa, and one can argue Africa at large, we have a choice: a problem-centric leadership approach as per the above, which perpetuates declinism; or a vision-based leadership approach, which is an antidote to declinism. The latter involves acknowledging our country’s progress and creating hope; seeing our problems as real but solvable, and seeking out positive cues alongside negative ones when reading our environment; and recognising the potential of our economy and investing in it. This is how change happens. Attitude drives fundamentals, not the other way around.