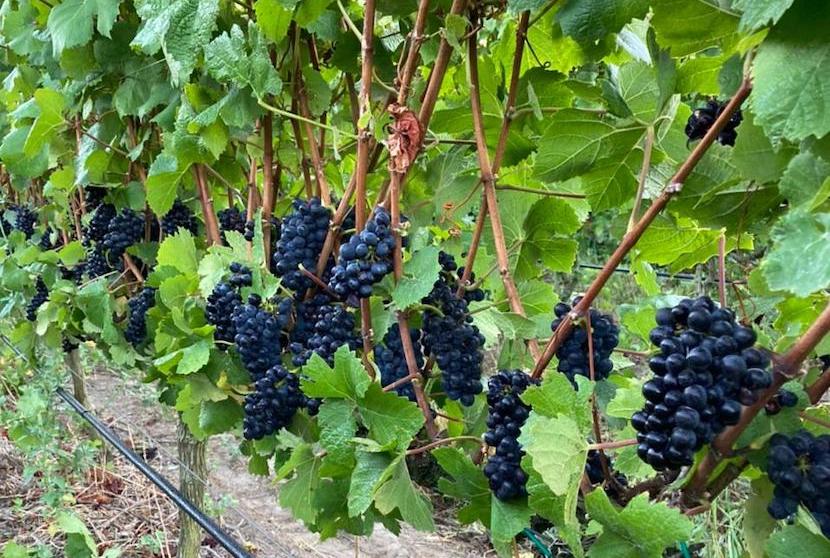 The Iona harvest is traditionally a drawn-out affair with three different properties in the Elgin basin to pick – each characterised by different microclimates and soil types and different varietals. There is no such thing as picking whites first followed by reds. Werner and Bobby become logistic experts and sampling is key to picking the right cultivar at the same time. To add to the adventure – the order is never guaranteed each season. 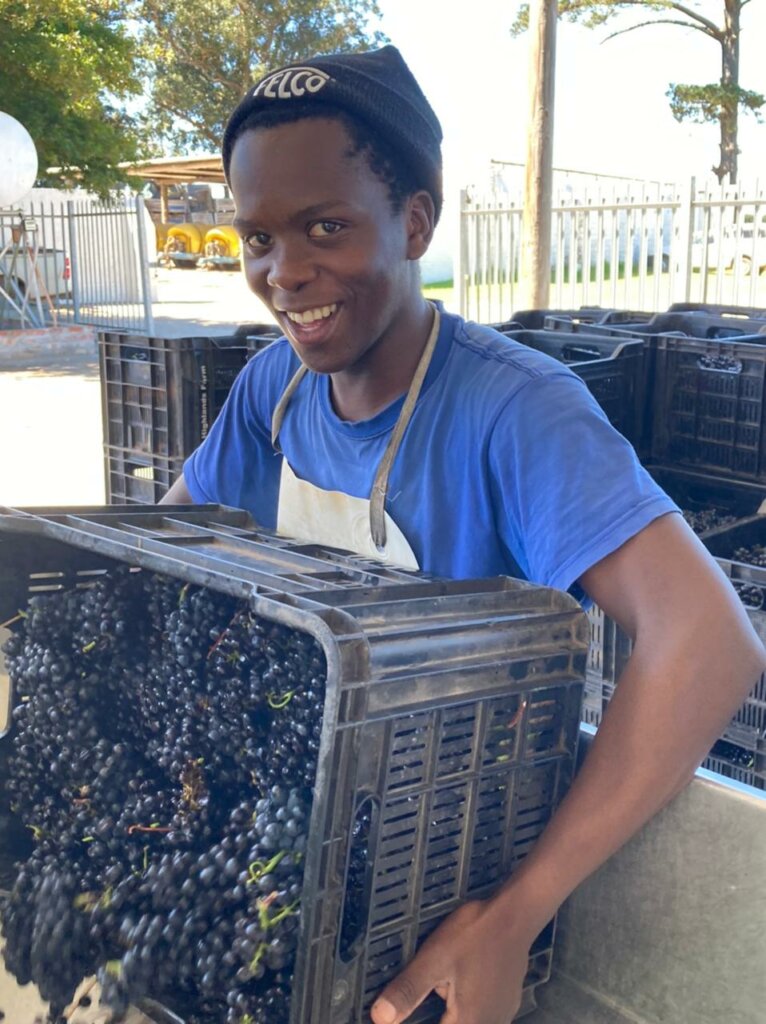 Volumes appear to be up on last year which is a relief – even though we know to expect less in a cool region like Elgin, no accountant is going to celebrate 3 and a half tons per hectare for Sauvignon Blanc. Bunch weight is also up which goes a long way to increasing tonnage. Despite a very wet beginning to the season, we have had a perfectly dry build up to ripening which has resulted in fruit which is in pristine condition. I still love picking my own grapes with the team and it’s just the most satisfying thing picking clean and healthy fruit without having to sort berries or bunches. The whole team seems to benefit from a wonderful sense of momentum which is lost when you have to faff around and check bunches. I’m also grateful that being Elgin – we haven’t been affected unduly by early February heatwaves which were experienced in many parts of the Western Cape.

The end is still a good while off with some of almost every varietal still hanging including Sauvignon Blanc – someone asked me if we were through flowering yet last week which I thought was a bit cheeky! The cellar looks like spaghetti junction with pipes everywhere and different wines at different stages being monitored in tanks and I know that the heat is on with a lot of different vineyards on the brink of being brought in but standing in the cool cellar chatting to Werner and Bobby in their level voices assures me that all is as it should be. In fact, I leave them this afternoon feeling “cautiously optimistic” as they like to say in Eastern Cape farming circles!

On a technical note, sugars seem to be slower in picking up this year – a seasonal thing it appears but also makes sense if the vines are carrying more fruit. There appears to be concern over lower acids and higher PH’s than usual in the industry, however we have another reason to be grateful for Elgin’s cooler climate with our grapes coming in at low pH’s and perfect natural acidity.