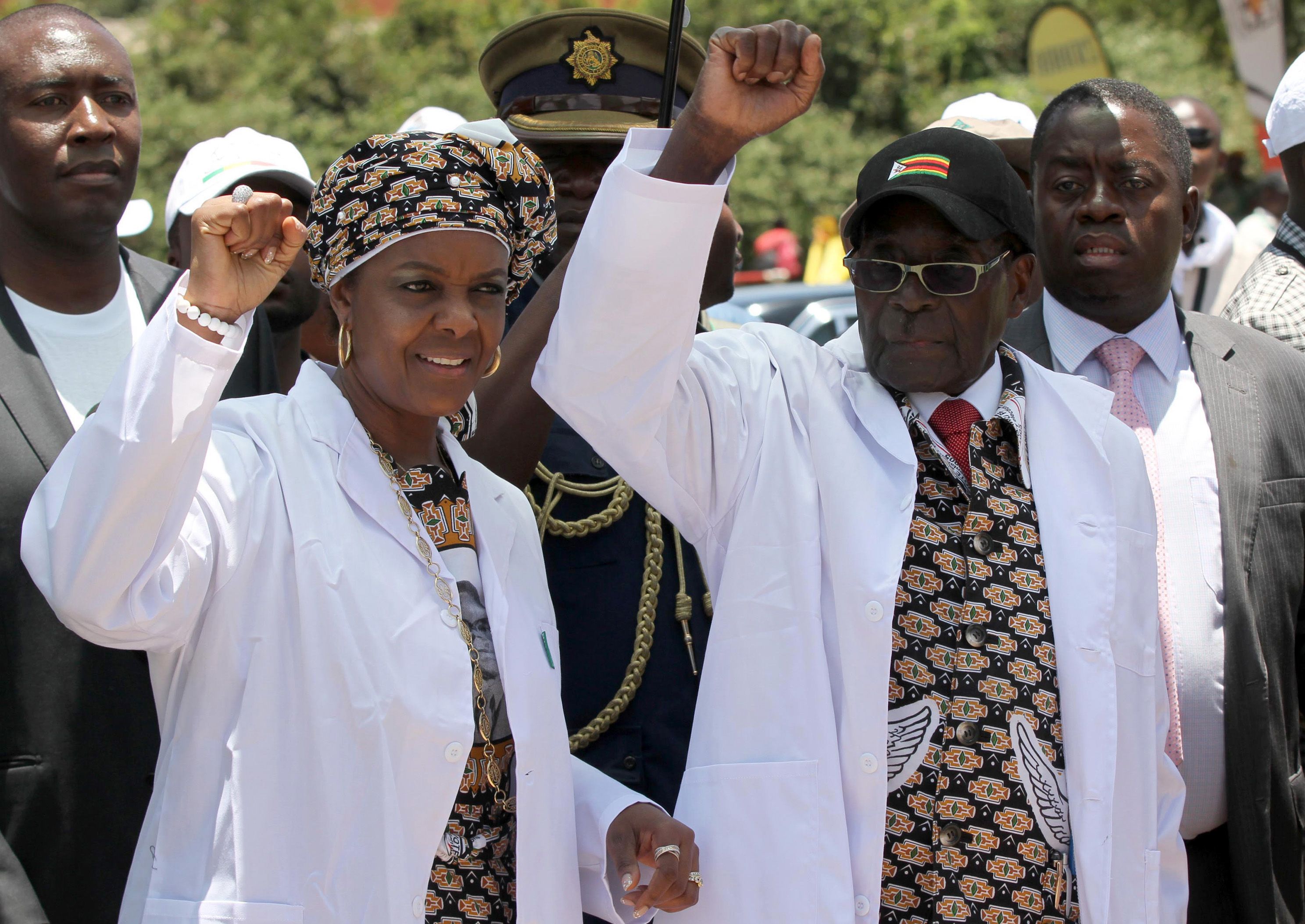 In 2000, Timon Shava was a hero of Zimbabwe’s land reform program when he joined hundreds of other landless peasants in a wave of land seizures and evictions of white farmers.

Today, he is homeless after police, acting on behalf of President Robert Mugabe’s wife Grace, destroyed dozens of thatch dwellings on a farm that she wants to control. The First Lady, who has another farm in the area, said last year that she wanted to turn this farm into a wildlife conservancy that could raise money for an orphanage.

A new twist on the long struggle over land in Zimbabwe is now pitting powerful figures in Zimbabwe’s ruling ZANU-PF party, which formerly was a liberation movement against oppressive white rule, against poor tenants in the southern African nation.

The powerful figures include Grace Mugabe, who has stepped up her entry into politics with the backing of her 90-year-old husband, leader of Zimbabwe since independence in 1980. She became head of the ZANU-PF women’s wing in a December party congress and became, along with her husband, a sharp critic of Vice President Joice Mujuru, who was ousted from her position.

Shava told Associated Press journalists that police officers destroyed the thatch huts on Manzou farm, a grassy piece of land with scattered acacia trees and overlooked by wooded hills in Mazowe, a prime farming district 40 kilometers (25 miles) north of the capital Harare. He said the police told him and other protesting tenants that the land was earmarked for Grace Mugabe.

“They applauded us when we chased away … the white owner, in 2000. Yet now we are being treated like villains. It’s as if we were keeping this place for the big people. We were used,” Shava said.

The sometimes violent takeovers from whites 15 years ago were described by Mugabe as a campaign to correct colonial-era imbalances in land ownership. Critic said many of the invaded farms were mismanaged, hurting Zimbabwe’s agricultural production and the economy.

Florence Gurure, who also participated in the 2000 invasion of the farm, pointed at the scattered poles and collapsed thatch roof of a traditional hut that was recently torn down by police.

“We were hailed as champions when we used force to get this land from the white man, but look at me now,” she said.

The families have had some success in court, securing the right to stay on the farm for now.

Manzou is in Mashonaland Central Province, whose governor, Martin Dinha, said he supports Grace Mugabe’s bid to take over the farm.

“Give her a break,” Dinha told The Associated Press. “There are many people, including whites, running wildlife conservancies and no one questions their status. Those settlers at Manzou will have to leave. If they are genuine farmers who want land suitable for farming, then they should approach relevant offices.”

Grace Mugabe said in a speech in July that people on the farm were panning for gold, and she accused Fortune Chasi, a local lawmaker and deputy justice minister, of trying to incite people to resist her claim to the land.

“I might have a small fist. But when it comes to fighting, I will put stones inside to enlarge it. Do not doubt my capabilities,” she said at the time. Chasi was later fired from his ministerial post for allegedly poor performance.

The disputes over “evictions of ordinary people by the powerful ZANU-PF politicians indicate that the land reform was largely meant to benefit the rich, the politically connected,” said Pedzisai Ruhanya, director of the Zimbabwe Democracy Institute, a research group.

The ruling party acknowledged the problem of land grabs by influential people at a December congress, noting it was tantamount to “reversing” the land reform program.

Amnesty International documented several cases of forced evictions in 2014, saying court orders against them were ignored in some cases. The human rights group did not say how much land was involved, but said the cases came from several areas in Zimbabwe.

Without farming expertise, and in some cases resources, many of the politically connected who have grabbed prime land have struggled with productivity, forcing some to clandestinely ask former white owners to return as partners.

Douglas Mombeshora, the lands minister, has said the government will now allow black farmers to work with partners of any color. But last week, Vice President Emmerson Mnangagwa said the land policy had not changed. He warned of more land takeovers.