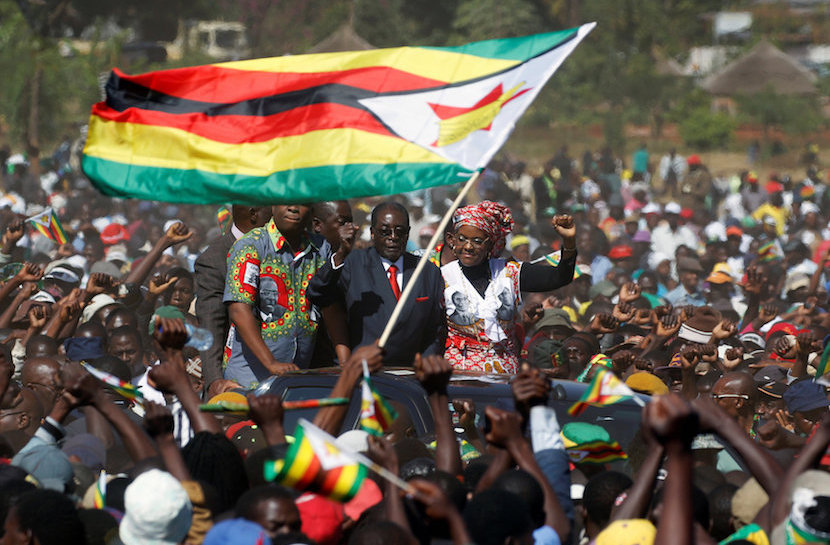 After weeks of claims, counterclaims, assertions and denials over who had called for a million man march, who was organizing it, who was supporting it, who was going to attend it and what it was actually in aid of, Africa Day’s 2016 Million Man March has come and gone in Zimbabwe.

In the week leading up to Africa Day we began hearing some of the facts and figures. The Zanu PF Youth League said they were looking for $600,000 to pay for transport, food and accommodation for the one million people expected to attend the march in Harare. Whew, that was a scary sum to do, was it really going to be possible to move, feed and house a million people for just $1.67 each?

Then we learnt that the government owned ZUPCO bus company were told to avail 200 buses to transport people to the event. Hmm, that was another scary sum: 200 buses, each able to carry about 75 people, didn’t they actually need about 14,000 buses?

100,000 people were expected to come from each of the country’s 10 provinces and each province was apparently doing its own fund raising. That itself raised questions because we are a country gripped by chronic cash shortages and hundreds line pavements every day to with draw paltry daily limits from banks. One press report said Bulawayo were soliciting donations to the tune of US$50,000 in order to buy 26,000 litres of diesel; 6 tonnes of flour; 5,000 litres of juice, 100 buses and “cash for various payments.” What were 100,000 Bulawayo million-man marchers going to do with 6 tons of raw flour we wondered and what exactly were the other ‘various payments’ they talked about?

Now it’s all over aside for the arguments over numbers. Were there a million people at the Million Man March in Harare which was in support of Mr Mugabe on Africa Day? Was it hundreds of thousands or just several thousand? Who knows but we sure are left with a lot more questions.

Did anyone notice that cellphone and other advertising and even the ZBC TV live commentators on the day were actually calling it the Million Man Match?

Bishop Mhananga, giving the opening prayer at the event called for unity of all Zimbabweans and even called for the VIP’s on the podium to unite. But ironically when delegates came forward to the podium to speak they chanted slogans against non Zanu PF supporters, saying DOWN WITH the MDC; DOWN WITH the People First party. Not much unity there.

And finally, the burning question: In a country where 90% of people are unemployed; the banks have run out of cash; the Zim dollar is about to make a comeback; 80% of the food is imported; a quarter of the population live and work in the Diaspora; another quarter of the population need world food aid: Who is it that supports a leadership who have led us to this diabolical state of affairs? As one Zimbabwean said: they are marching against themselves.