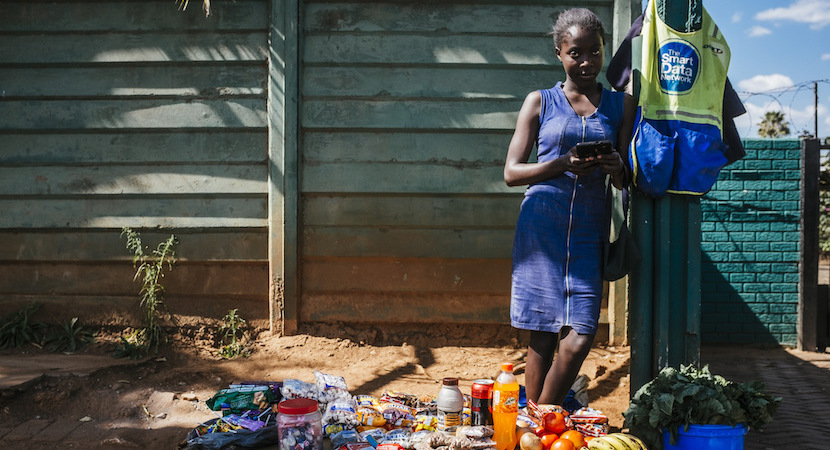 EDINBURGH — Zimbabwe continues to sink deeper into economic crisis, with the lengthy queues for basics like food, fuel and money testament to a country in meltdown. As Bloomberg news agency notes, the new rule in Zimbabwe is: If you see a line, get in it. Many businesses have ground to a halt, following a government crackdown on illegal currency trading and warnings of jail for individuals who use foreign currencies to buy and sell assets and basic commodities. A fresh wave of emigration is building, too, as citizens struggle to survive amid soaring inflation and widespread unemployment. Zimbabwe stopped growing enough food to feed itself a long time ago, leaving the country dependent on foreign currency to import groceries. – Jackie Cameron

(Bloomberg) – Things are so scarce in Zimbabwe right now that when Fanuel Machipisa sees a line of people outside a shop, he joins it without knowing what he’ll find at the end of it.

The queues aren’t hard to come by.

With a dearth of foreign exchange leaving importers unable to pay for shipments, consumers in the southern African nation face shortages of everything from bread to medicines, gasoline and cash.

“We’re a nation of queuers,” Machipisa, a 29-year-old mobile-phone repair man, said in the capital, Harare. “We queue for cooking oil, for fuel, for the bank. If we see a queue, we join it just because there may be something at the other end.”

Zimbabwe is in the grips of its worst crisis since hyperinflation devastated the economy a decade ago. It’s a setback for President Emmerson Mnangagwa, a year after he came to power pledging to revive economic growth stunted by years of mismanagement under his predecessor, Robert Mugabe.

The country has been spiralling deeper into chaos since Mugabe started violent land seizures from white farmers in 2000, while sowing confusion over rules that sought to transfer control of companies to black Zimbabweans. That’s coincided with an increasingly convoluted currency regime, which has repelled foreign investors and exacerbated the shortage of foreign exchange.

“No one wants to bring money into the country with the currency regime as it stands,” said John Legat, chief executive officer of Imara Asset Management (Zimbabwe) Ltd.

Chronology of a crisis

In 2009, Zimbabwe abandoned its currency in favour of the US dollar after inflation reached 500bn% the year before In 2013, the government began ramping up spending, initially funding itself by issuing Treasury bills to banks. When lenders’ capacity to absorb more debt ran out, the central bank simply created electronic dollars to lend to the government.

The electronic money is known as Real Time Gross Settlement dollars, or RTGS$ In 2016, the government introduced dollar-backed bond notes to ease a shortage of physical cash In October, the central bank ordered lenders to separate dollars and RTGS$ previously held in single accounts into two categories. The measure was aimed at limiting the dilutive effect on dollar deposits caused by electronic moneyThe separation of RTGS$ and real dollars – essentially official recognition that the country has two currencies – generated fear that bank balances would be devalued, and prompted decisions to spend available RTGS$ before their value declined, according to John Robertson, an independent economist in Harare.

That contributed to a rise in inflation to 20.9% in October, the highest since the hyperinflation era. The value of bond notes plunged to a record low of 4.85 per US dollar, according to the Zim Bollar Index, a local website. It’s since recovered to about 3.20.

With the government left with little foreign exchange to pay for imports, one of the biggest challenge consumers face is dealing with sporadic shortages of fuel. Some motorists waited in lines for as long as 12 hours last month when gas stations ran dry.

The fuel deficit is likely to “persist for as long as the capacity to generate foreign currency remains a challenge,” Eddington Mazambani, the head of the energy regulator, told lawmakers last week.

Fuel, like most other consumables, is usually purchased using electronic money that can’t be used to make foreign-currency payments abroad. The upshot is that fuel importers like the Zimbabwean unit of France’s Total SA, don’t receive cash into their foreign-currency accounts, relying instead on central bank allocations.

For John Mandishona, a self-employed mechanic in Harare, that means going without power because he can’t find the diesel to replace the fuel thieves stole from his generator two months ago.

“We’d cope, but getting fuel for our generator is almost impossible,” Mandishona said. “Business has gone to hell because these people can’t organise themselves.”

Petroleum is by far Zimbabwe’s biggest import, costing about $100m a month. Wheat comes in second at about $45m a quarter, according to the Grain Millers’ Association of Zimbabwe.

Premium: Zimbabwe looks just as it did in the bad, old Mugabe days – Washington Post

Millers complain their allocation from the central bank isn’t enough. Last week, National Foods Holdings Ltd., the country’s biggest food processor, said it had been forced to close its wheat-processing plants because it didn’t have the money to pay suppliers.

That presents the risk of more shortages of bread and other foods.

“There’s no room to manoeuvre, not for business and not for government,” said Sam Kaseke, a 52-year-old vehicle-parts importer. “It’s going to get very bumpy and very ugly before it gets better.”