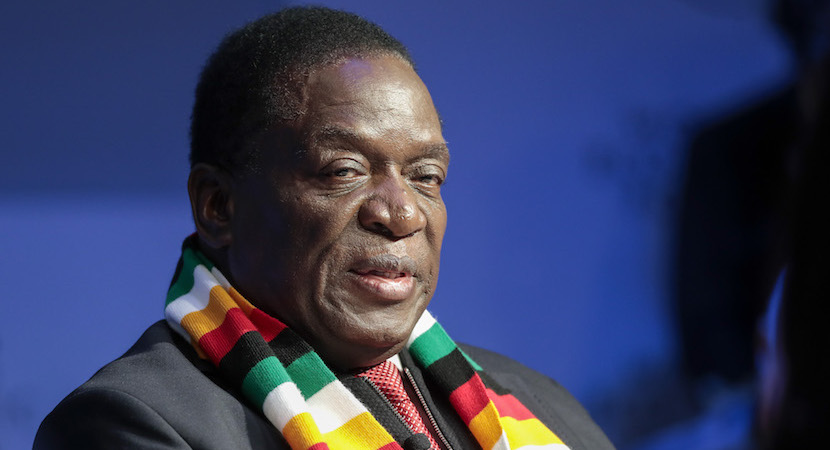 EDINBURGH — Trade unionists have embarked on a strike as Zimbabwe plunges deeper into crisis. A government-imposed fuel price hike has sparked widespread anger about the way the Zimbabwe government is reacting to soaring inflation, high unemployment and a shortage of supplies. More businesses are expected to shut this week, warns Bloomberg. Meanwhile, President Emmerson Mnangagwa, also known as Ed, is escaping the heat at home by heading to Belarus, Azerbaijan, Kazakhstan and Russia. He is set to also make an appearance at the World Economic Forum (WEF) gathering in Davos. In the 1980s, Zimbabwe was in better shape than South Africa, with the Zimbabwe dollar worth more than the rand. But, after years of poor decision-making under former president Robert Mugabe, Zimbabwe was reduced to a country dependent on its neighbours for even basic foodstuffs. In 2009, it abolished its own currency, a move playing into the current crisis. – Jackie Cameron

(Bloomberg) – Zimbabwe’s powerful labour-union confederation called for a national strike starting at midnight after the government more than doubled fuel prices to among the highest in the world.

The Zimbabwe Congress of Trade Unions, which represents most labour unions in the southern African nation, issued the call Sunday, a day after the government boosted prices of gasoline to $3.11 a litre from $1.34 and diesel to $3.21 a litre from $1.49. The hike caps a week in a deepening currency crisis, with the head of the main industry body saying many companies will close this month due to a currency shortage.

PREMIUM: Zimbabwe looks just as it did in the bad, old Mugabe days – Washington Post

“The ZCTU general council resolved to call for a nationwide stay-away with effect from midnight today following the insensitive and provocative increase of the fuel price by the president of Zimbabwe,” the confederation, which represents people ranging from journalists to rail workers, said in a Twitter posting.

The national strike comes as a foreign-exchange shortage has sparked scarcities of everything from fuel to bread, caused doctors to stay away from work and companies to cut or cease production because they can’t import raw materials. The roots of the crisis lie in a 2009 decision to abolish the Zimbabwe dollar in favour of the use of other currencies, primarily the US dollar.

Zimbabwe doesn’t have enough foreign exchange to fund imports and pay workers, many of whom are refusing to accept salaries in electronic money or so-called bond notes because they trade at a discount to hard currency on the black market.

“Most of the companies do not have raw materials that go beyond January as most of our suppliers cut us out of stock, and it is only payment in foreign exchange that will unlock supply lines,” said Sifelani Jabangwe, the president of the Confederation of Zimbabwe Industries.

Already the country’s biggest company by market value, brewer Delta Corp. has said it would only accept payment in foreign currency before the central bank promised to find it sufficient foreign exchange. Fast-food company Simbisa Brands Ltd. said last month it would give customers a discount if they paid in hard currency. 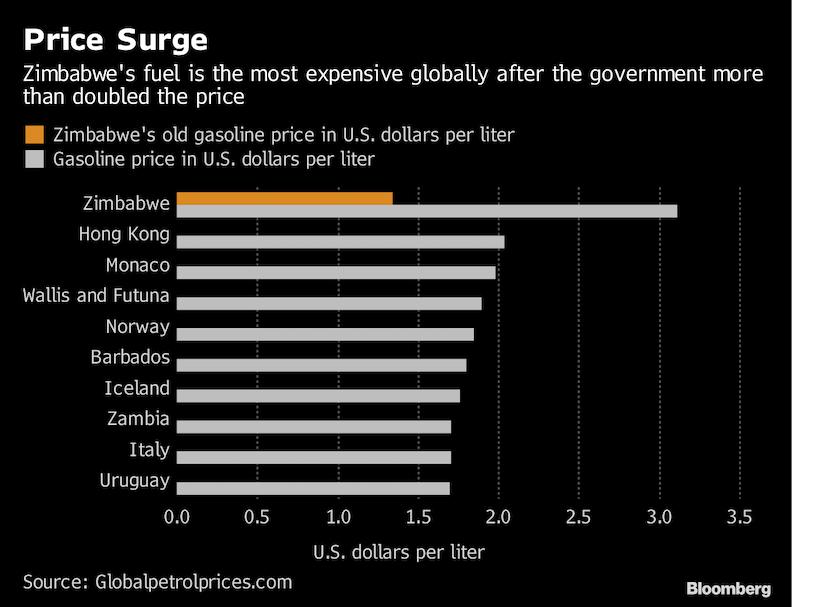 Industries in Zimbabwe have been denied access to foreign currency since October and companies have been forced to source dollars illegally on the black market, the CZI said in a letter to government. The allocation of foreign exchange isn’t transparent and the government needs to permit interbank trading of foreign exchange, the confederation said.

“Industry is facing imminent collapse,” the CZI said. “The house is burning.”

The government plans to reintroduce its own currency within 12 months, the state-controlled Herald newspaper said yesterday, citing Finance Minister Mthuli Ncube. The CZI said the country need its own currency and wants a clear time frame as to when this will happen.

While the crisis deepens, President Emmerson Mnangagwa is due to be away for two weeks with a trip spanning Azerbaijan to the World Economic Forum meeting in Davos, Switzerland.

“I think if nothing happens now after this ridiculous fuel price hike we Zimbabweans deserve what we get,” said Hamukwandi Mungofa, a 54-year-old self-employed mechanic in Harare, the capital. “I am for a national shutdown.”