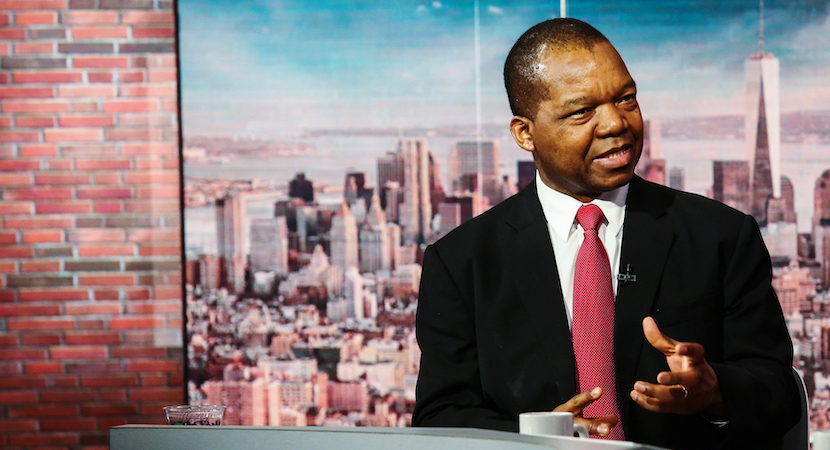 EDINBURGH — Ordinary Zimbabweans have become used to wheeling and dealing on the black currency market in order to survive amid high inflation and shortages of money and goods. Now they are being asked to embrace RTGS dollars as a formal currency. The move has been described as madness by opposition leader Tendai Biti because there are no reserves to back the currency and the economy is in tatters. Zimbabweans are confused about how payments will work with the introduction of the currency and have taken to the Twittersphere to question the government for what appears to be another hare-brained idea. Foreign investors are likely to wait to see how the currency performs before using it, say analysts. – Jackie Cameron

So i have 4 RTGS Dollars in my wallet.. Is this how you it works? This shit is so confusing, feels like i moved from being broke to be completely poor. #monetarypolicy #RTGSdollars currency

My question to the Governor of the RBZ is: What is going to happen to our salaries which are denominated in US$? Are they going to be converted at your official rate to RTGS dollars or the employees will loose out by simply removing the US$ and inserting RTGS dollars on them?

(Bloomberg) – Zimbabwe began formal trading of what’s effectively a new currency as it tries to ease a shortage of dollars that’s crushed the economy.

The initial rate for the southern African nation’s currency, known as RTGS dollars, will be 2.5 per US dollar, central bank Governor John Mangudya told business leaders Friday in Harare, the capital. The rate was agreed with commercial lenders, he said.

Ecobank Transnational Inc.’s local unit and Steward Bank Ltd. were among lenders quoting prices, with rates between 2.44 per dollar and 2.53. The central bank has not said if it will announce trading volumes. 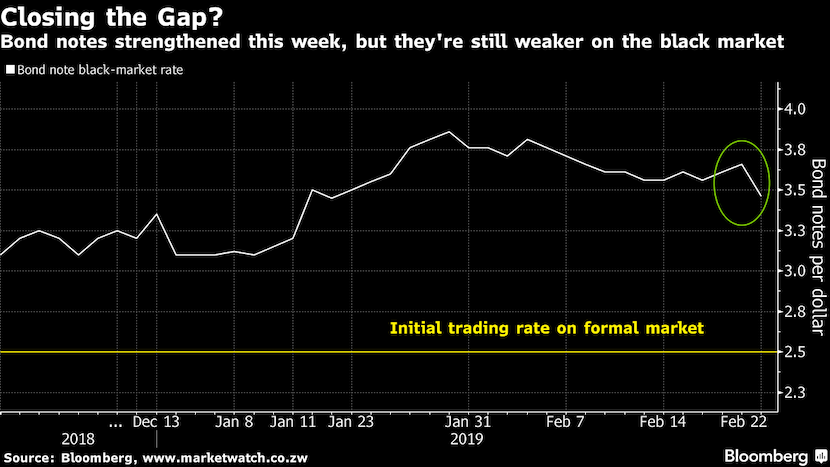 On Wednesday, Mangudya announced that the government would no longer insist that a quasi-currency known as bond notes and RTGS$, an electronic equivalent, were worth the same as the US currency. They’ve been merged and allowed to trade freely on an interbank market.

The black-market rate for the quasi-currencies has since strengthened slightly. But at roughly 3.5 per dollar on Friday, according to local website marketwatch.co.zw, they’re much weaker than Mangudya’s initial level.

The governor said black-market prices for real dollars were so high because it had been illegal to trade that way and thus they carried a risk premium, which he said would drop now that trading had been formalised.

“The market has been clamouring for its introduction,” said George Guvamatanga, the permanent secretary in the Finance Ministry. “This is a measure that removes most of the distortions that were impacting the market.”

The measures come as the government scrambles to end a currency shortage that’s pushed inflation to the highest rate since 2008 and sparked shortages of fuel and bread. The troubles stem from the country abandoning the Zimbabwe dollar in 2009, after a bout of hyperinflation, in favour of the US greenback. In 2016, it introduced the bond notes, which aren’t accepted outside the country.

The official inflation rate has soared to 57% from less than 4% a year ago. Steve H. Hanke, a professor of applied economics at the Johns Hopkins University in Baltimore, calculates it to be even higher, at 269%.

“We are expecting the rate on the alternative market will come down,” Guvamatanga said. “The models we have worked on have shown a lower side of 1.86 and a higher end of 2.53.”

He said the models were based on purchasing power parity.

“It’s insanity,” said Tendai Biti, a senior party leader and former finance minister. “They have through the back door reintroduced the Zimbabwe dollar.”

He said the country’s fundamentals won’t support a new currency because there are no reserves to back it up, no market confidence and no macroeconomic stability. Biti estimates that the RTGS dollar will trade at between six and eight to the US dollar.

The central bank will probably have to supply plenty of real dollars to keep the exchange rate stable, according to NKC African Economics, based in Paarl, South Africa.

“To anchor price stability, the Reserve Bank will aggressively intervene in the liquidity market,” Jee-A van der Linde, an economist at NKC, said in a note to clients. “The fact that officials finally came to their senses and ditched the notion that Zimbabwe’s quasi-currency was at par with the US dollar, is comforting.”

Foreign investors in Zimbabwean equities, who have struggled to repatriate dividends or move their money out in recent years because of the dollar squeeze, would probably wait before using the new system, according to Allan Gray Ltd. The Cape Town-based investment manager owns stocks including brewer Delta Corp. Ltd. and Econet Wireless Zimbabwe Ltd.

“It is too early to tell how this new system will work, but it is an important step in the right direction,” said Nick Ndiritu, a money manager at Allan Gray. “Once the dust settles over the coming days and weeks, the long-term success of any currency reforms in Zimbabwe depends on the extent to which government can curb the growth of money supply and maintain fiscal discipline.”