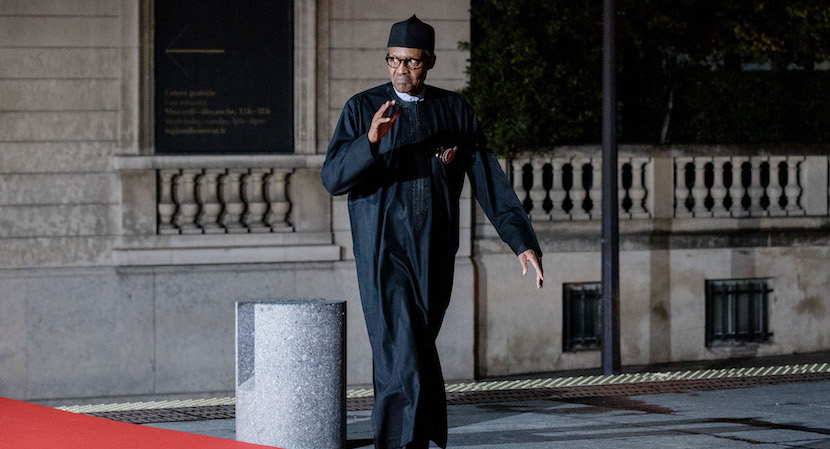 CAPE TOWN — Nigerian politics are full of contradictions and ironies which have again come to the fore following former military dictator, Muhammadu Buhari’s re-election this week. While carrying a reputation for relative honesty and corruption-busting, President Buhari is a centrist, the latter definition shared by the anti-Ramaphosa wing of the ANC, which bodes poorly for any acceleration of that country’s economic growth. While his narrowly-won election has come under criticism for operational shortcomings, Buhari’s pro-market opponent is the darling of the Western World with promises to float the national currency and sell stakes in the state-owned oil company. Atiku Abubakar lost by a 15% margin and will almost certainly challenge the outcome legally. Come May 8th, with South Africa’s post-corruption national elections, it will be fascinating to see whether the SA turnout of voters drops anywhere near as much as Nigeria’s. Buhari’s sloth-like response to crises and his own health problems led to widespread voter disenchantment, with just 35.7% of the burgeoning population of mostly poor people casting their ballots. SA political analysts agree; the ANC will break the 60% voter-support barrier, but a curved ball may also be disenchantment. A low voter turnout here will impact far more severely on the incumbents. – Chris Bateman

(Bloomberg) – Nigeria’s Muhammadu Buhari won a second term as president of Africa’s biggest oil producer with promises to lift an anaemic economy with infrastructure spending and tackle security threats including a devastating war against insurgents loyal to Islamic State.

His election victory will be stained by an expected opposition legal challenge for alleged irregularities, criticism by domestic and international observers of what the European Union called “serious operational shortcomings” and violence that claimed at least 39 lives. Buhari was declared the winner Wednesday after beating his main challenger, Atiku Abubakar, by a margin of 56% to 41%. Just 35.7% of eligible voters cast ballots.

Congratulations on your stolen mandate. You DID NOT win an election. You won a selection, but lost integrity. I congratulate you for your theft. If God spares my life and yours, I will torment you every step of the way#PMBWonSelectionButLostIntegrity

Buhari faces a divided nation, with an increasingly youthful population angry over the lack of jobs and educational opportunities, with ethnic and religious divisions often close to the boil. Nigeria now has 87m extremely poor people, more than any other nation, according to the Brookings Institution, a Washington-based think tank. The United Nations expects its population to double to 410m by 2050, overtaking everywhere bar India and China.

“What we should be focused on at this point is how to heal the country, how to merge the widening divide that this election has actually brought,” said Idayat Hassan, director at the Centre for Democracy and Development in Abuja. 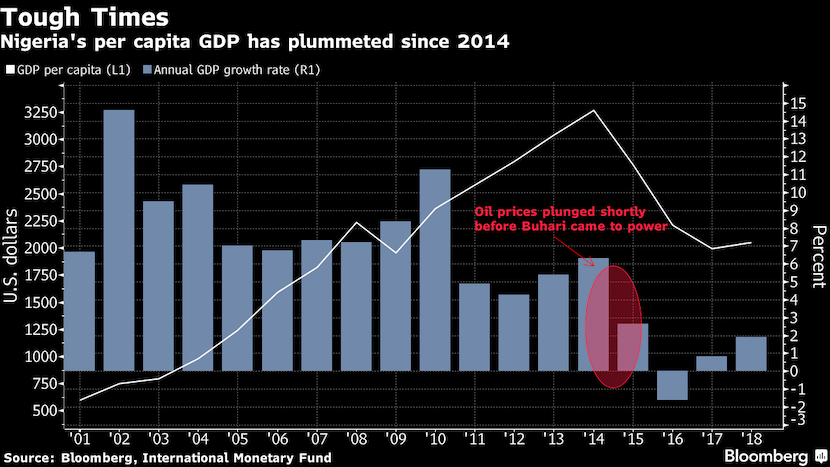 Buhari’s triumph marks a remarkable turnaround for a 76-year-old former general who his critics nicknamed “Baba Go-Slow” in reference to what appeared to be his sluggish response to crises and his health problems. He spent more than five months in 2017 receiving medical treatment in the UK for an undisclosed ailment.

While his chief opponent in the election, Abubakar, a pro-market multimillionaire, said he would float the national currency and sell stakes in the nation’s oil company, Buhari believes in a strong role for the state and retaining government control of large swathes of industry. He’s pledged to boost public spending on road and rail projects.

A Buhari victory means “more political interference in Nigeria’s economy and slower growth,” Mark Bohlund, an economist at Bloomberg Intelligence in London, said in a note Tuesday before final results were announced. A win for Abubakar would have meant “greater capital investment and a boost to economic growth over the medium term,” he said.

The stock market fell 0.7% Tuesday, the most in a week, as investors took in a Buhari victory.

Buhari and his All Progressive Congress party have faced sharp criticism for their handling of the economy during his first four-year term.

The president imposed capital controls soon after coming to office as the naira currency came under pressure amid plunging revenue from oil, the country’s main export, and foreign investors fled. After a contraction in 2016, the economy expanded 1.9% last year, the fastest since Buhari’s first election, in 2015.

Congratulations @MBuhari on your re-election as President of Nigeria. I wish you all the best as you continue to lead your country towards further progress and development, and fulfil the high hopes the people of Nigeria have placed in you

It took him half a year to present his first cabinet and the budget was repeatedly passed after months-long delays, in part due to tensions between the presidency and the legislature. Senate President Bukola Saraki, one of Buhari’s main adversaries, lost his seat in Saturday’s parliamentary vote.

Buhari has a reputation for honesty and the war against graft was one of his key campaign pledges in 2015 as well as this time around. While he has succeeded in stamping out some of the corruption that’s long blighted Nigeria, Transparency International says his efforts have not yielded the desired results. The nation ranks 144 out of 180 countries on the watchdog’s 2018 corruption perceptions index.

“For Buhari, there have been missing gaps in terms of reviving the economy, but agriculture and mining are picking up,” said Habu Mohammed, the head of the political science department at Bayero University in Kano. “The belief that Buhari has a leadership agenda to block the grab of illegitimate money by politicians helped him get the votes he’s receiving.”

Buhari and his vice president, Yemi Osinbajo, reelected on the same ticket, will have to deal with widespread violence in the northeast where Islamist insurgents, some affiliated to Islamic State, have been fighting to impose their version of shariah law. The conflict has claimed tens of thousands of lives and forced more than 2.5m people in the Lake Chad region to flee their homes. 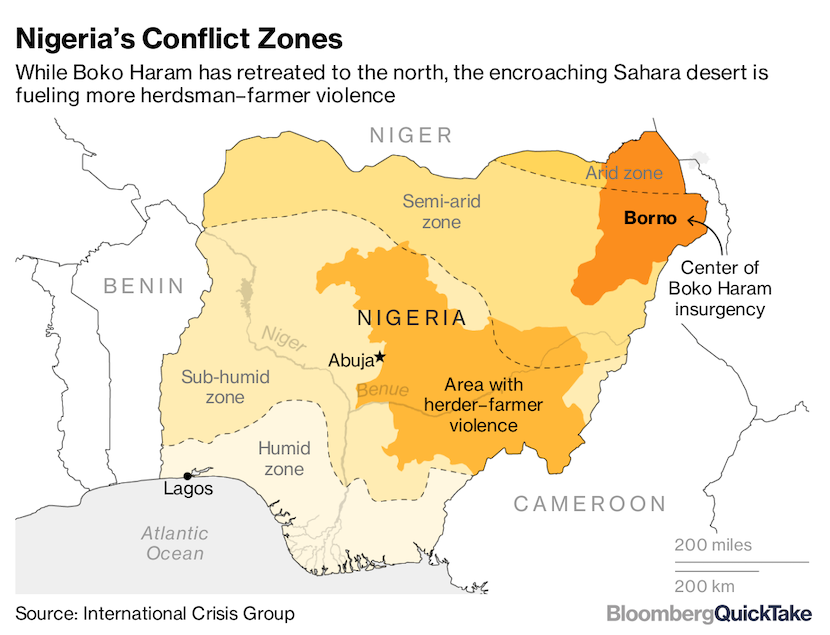 Separate clashes between farmers and herders over grazing land led to around 2,000 deaths last year, according to Amnesty International.

Buhari, a stern former general, led Nigeria briefly in the 1980s as a dictator and unsuccessfully contested several elections after military rule ended in 1999 before finally winning the top job four years ago. Buhari describes himself as a “converted democrat.”