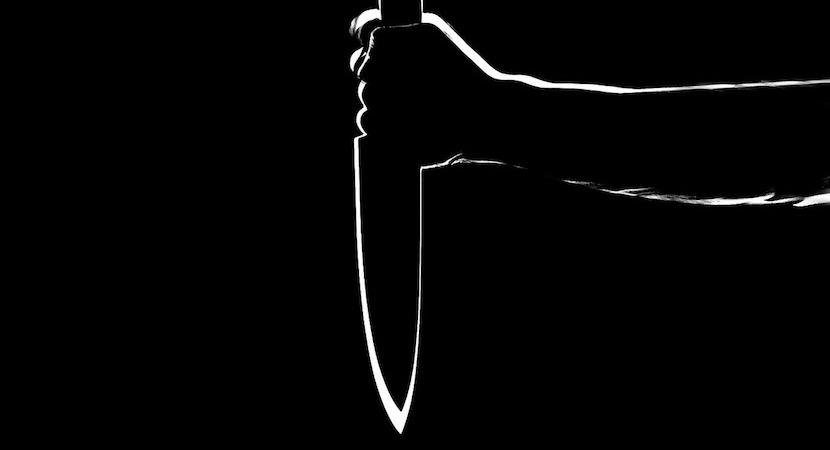 CAPE TOWN — This story brings alive the daily experience of township dwellers in Nyanga, the Cape Flats township that helps give Cape Town the title of the world’s murder capital – though tourists from all over the world would never believe it, sticking as they do to the well-trampled scenic, leafy suburban and ocean-side routes. Like so many historically neglected townships separated from our economic hubs, apartheid’s architects enabled successive governments to claim there was no crisis when in fact townships were aflame as shady security force agents set residents against one another, buying warlords with promises of power and land. Today the routine angry weekend collective burials that were banned, teargassed and shot-gunned by SANDF and riot police are no longer the norm – but the killings continue apace. The groupings, ripe for infiltration by anyone with a political agenda, are still there. Only this time it’s not the Witdoeke versus the Comrades, it’s (still) the taxi associations; Codeta and Codesa (long distance versus urban) or gangs like the Mfelandawonye’ (We Die in One Place). The poverty and anger haven’t changed much. If dinner table conversations in Constantia inevitably turn to the impact of State Capture and Corruption, how much easier must it be to feel anger in Nyanga? – Chris Bateman

(Bloomberg) – Siyabonga Mrwetyana rushes home to bolt his doors and windows as darkness falls on Nyanga, a Cape Town slum that’s South Africa’s undisputed murder capital and one of the world’s most dangerous places outside a war zone.

“In the winter time, I must be in bed by six o’clock,” the 45-year-old unemployed builder, who’s been robbed more than 20 times, said in an interview in the settlement of shacks, cramped cinder-block houses and low-rise apartments. “I’m scared. It’s not safe.”

Nyanga is at ground zero of the explosion of crime in South Africa, where the scourge ranks among the world’s worst – the national murder rate of 35.2 per 100,000 people is more than six times higher than that of the US and the highest in nine years. An average of 56 homicides a day were reported in the 12 months through March. Over the same period in Nyanga, police logged 308 murders, 1,910 assaults and more than 2,000 robberies there.

That this is happening in the metropolitan area of Cape Town may surprise the millions of tourists who flock each year to its sandy beaches, iconic flat-topped Table Mountain and picturesque wine lands. The UK’s Telegraph newspaper has rated it as the world’s top city destination for the past four years.

But among impoverished residents of townships on the city’s fringes, known collectively as the Cape Flats, stark inequality and a lack of proper schooling and jobs has bred what Anine Kriegler, a researcher at University of Cape Town’s Center of Criminology, calls “a real sense of frustration and rage.”

Thandowethu, an unemployed 20-year-old who declined to give his surname, voiced that anger as he hung out with five friends behind Nyanga’s meat market, his eyes glassy after smoking a marijuana joint.

“There’s no work,” he said. “I feel like life is such a mess. You wake up and do nothing. You are nobody. Sometimes I feel like doing crime.”

Nyanga was established in the late 1940s to house black labourers who were banned from living close to the city during apartheid. Spread over an area of 3.1 square kilometres (1.2 square miles) – smaller than New York’s Central Park – the area had just shy of 60,000 residents at the time of the last census six years ago.

More than 40 percent of those aged from 15 to 24 weren’t working or studying, well above the national average – a statistic born out by the throngs of people loitering in the litter-strewn streets.

Residents blame most of the crime on the “maparapara,” a slang word for the idle youths who are often hooked on crystal methamphetamine, known locally as “tik.” Intermittent wars between rival taxi groups vying for business, rampant domestic abuse and binge-drinking compound the violence.

“The police have had virtually no presence and crime intelligence has barely been functioning,” said Dalli Weyers, co-head of programs at the Social Justice Coalition, which campaigns for improved safety and rights for poor communities. “It’s a very brutalised community. There’s been a culture of neglect.”

South Africa’s crime crisis is in part a legacy of the white-minority rule that was practiced during colonial rule and was later codified into apartheid – a system that denied the black majority the vote and a decent education, and bred widespread contempt for the authorities that enforced it.

“It is very common that new modernising, middle-income countries with high levels of inequality and recent widespread experiences of trauma, especially at the hands of the state, have very high rates of violence,” said the University of Cape Town’s Kriegler, who cites El Salvador and Honduras as examples. “The people are alienated from the police and don’t find common cause with them.”

The advent of democracy in 1994 helped restore some trust in the criminal justice system and ease political violence. The murder rate fell steadily from a peak of 67.9 per 100,000 people in 1995 when an integrated national police force was created and nationwide statistics were compiled for the first time.

The trend reversed in 2011 as crime-fighting efforts were crippled by repeated changes to top management at law-enforcement agencies during the almost nine-year tenure of former President Jacob Zuma, who was personally implicated in a succession of scandals.

It was also worsened by a surge in drug- and gang-related violence in Cape Town, and an economic slowdown that swelled the ranks of the unemployed nationally and left little room in the budget to retain and hire police officers.

The police service now has 191,000 members, 9,000 less than it did eight years ago, while the size of the population surged about 17 percent to an estimated 57.7 million over the period. The National Prosecuting Authority has also seen an exodus of senior staff, with more than 1,000 posts currently standing vacant.

Residents of Nyanga on the Cape Flats have appealed to government for urgent intervention to halt crime in the area. Nyanga is rated as South Africa's murder capital, with 281 murders reported in the township last year #FirstTakeSA #sabcnews pic.twitter.com/eKMpAW0W69

Police data, in fact, understates instances of robbery and other crimes since many go unreported because of skepticism that anything will be done about them. A survey of about 30,000 households released this month by the national statistics agency showed 54 percent of respondents were dissatisfied with the police, mainly because they didn’t respond quickly enough and didn’t recover stolen goods.

Zuma quit in February under pressure from the ruling African National Congress and was replaced by his deputy Cyril Ramaphosa, who has pledged to bring crime under control. Police Minister Bheki Cele admitted last month that his officers had “dropped the ball” and said they were intent on rectifying the situation.

For Mrwetyana, the unemployed builder from Nyanga, that can’t happen soon enough.

“We shouldn’t have to live like this,” he said.