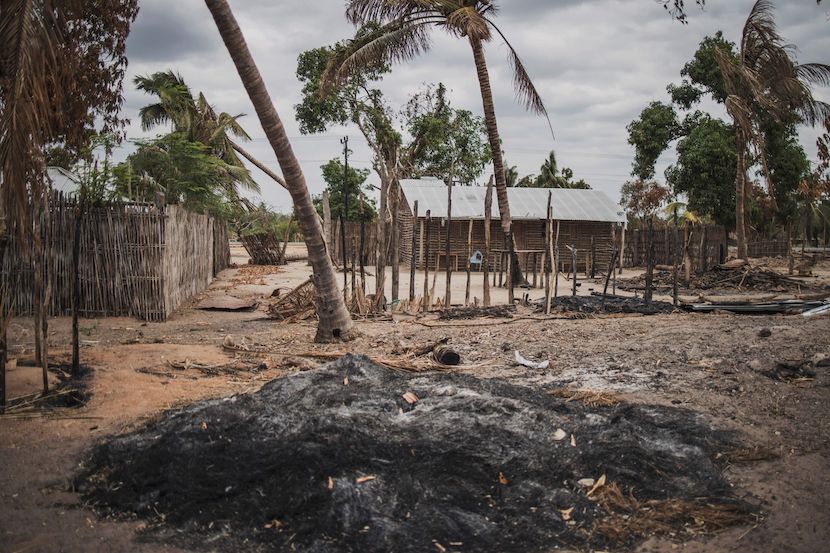 SA must send in troops to bring to an end the reign of terror by Islamic militants in Mozambique, say the DA, ActionSA and analysts. The risks are high for SA and range from a humanitarian and refugee crisis and the possibility Islamic cells are training in South Africa. In this in-depth interview with BizNews editor at large Jackie Cameron, Martin Ewi of the Institute of Security Studies sets out what’s really been going on in Mozambique and elsewhere in South Africa – and why Isis is a significant threat to stability and investments in the region. – Jackie Cameron

Martin Ewi on what is happening behind-the-scenes:

What we know, so far, is that on the 24th of March, insurgents related to the Al Sunnah wa Jama’ah – also known as the Islamic State in Mozambique – carried out rampant attacks in Palma, which is 230 kilometres away from the provincial capital, Pemba. It’s also one of the closest towns to Mocímboa da Praia, which has been under the control of the militants.

The main attack in that town was actually the attack at the Amarula Hotel, where a lot of foreigners were staying. That’s created a situation of pandemonium where people were running all over escaping the attacks. That created a situation whereby there was a need for rescue operations of many people at the hotel, who had fled to a different part of the city – and some in the forest.

Some went to the port where they were waiting for a boat to take them. The situation was quite dangerous and very horrific for anyone to witness.

On the aftermath of the attacks:

On the rumours of Renamo being behind the attacks:

We have also heard those reports. I think the nature of the attacks – and people who were on the ground heard the signature cry or scream of the Islamic State – whenever they want to carry out attacks. We don’t hear that from the Renamo fighters. If you look at the nature in which the attack at the hotel took place, it was the signature of the Islamic State. We are quite confident that these attacks were carried out by the militants and not the fighters of Renamo.

On how Islamic fundamentalists started operating in the area:

It’s an area that is known for radical or fundamentalist Islam. Therefore, it was very easy for them in 2007 to create a group where they could create a group that could act as a political centre for them to come together – to fight for what they call a common cause – which is something not quite clear to some of us.

The only time that we have been told the reason for this insurgency, the reason for this violent extremism in Cabo Delgado is that militants want to establish Sharia law in the region and in Mozambique. So they don’t just want to establish Sharia law in Cabo Delgado, but also all over Mozambique – which is very disturbing because Mozambique is a country made up of Muslims and Christians as well.

On threats to local investing in Mozambique:

We’ve seen an unfortunate decision taken by Total and some of the companies that are involved in exploiting the liquefied natural gas, as well as companies dealing in rubies. Total, which is the biggest, had previously announced – which many people think was what triggered the recent attacks in Palma – recently, just a week ago (just before the attacks in Palma) they had announced the resumption of operations, meaning that they were going to start working and continue to construct, where the exploitation would take place.

On the possibility of the attacks spilling over into South Africa or Zimbabwe:

Isis is a global organisation and we know that they have actually established bases in some of the countries around Mozambique – South Africa being one of them – where you have active Islamic State cells. There are other countries within the region where these cells have been active, though they have not carried out any violent attacks.

But we know that they have, to a larger extent, been involved in mobilising financial resources, most of which go back to sponsor the activities of the group in the Cabo Delgado. The whole region is threatened. If we stop what is happening in Cabo Delgado, as if it’s just a Mozambican issue, I think that we will be mistaken. We need a regional response, in order to make sure that even if we eliminate the Islamic State in Mozambique, it will not pop up somewhere else – which is most likely if we deal with this purely as a Mozambican problem.

On evidence that funding is coming from cells in South Africa:

We do have evidence. I think it was last year when law enforcement agencies intercepted R800,000. This money was destined to go to the groups in Mozambique, which was the clearest evidence to us that neighbouring countries – like South Africa – may have active cells that are mobilising funds for the struggle in Cabo Delgado.