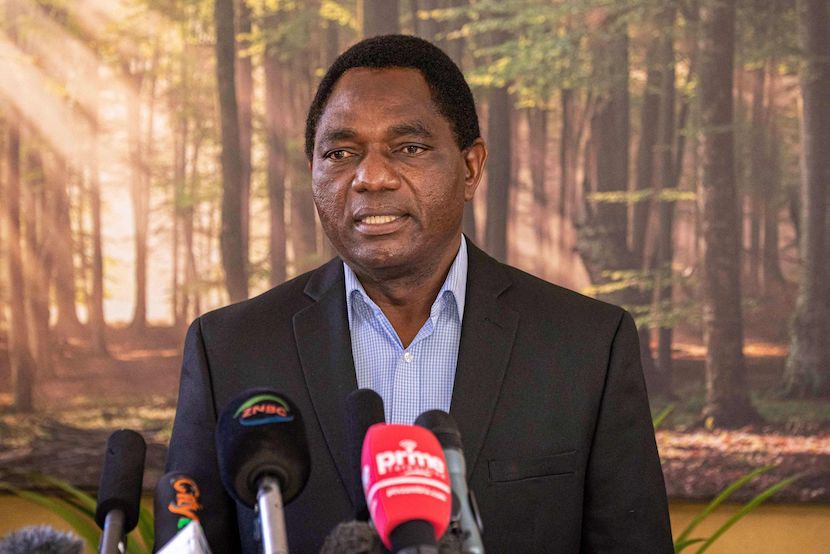 Seen as a huge boost to African democracy, President Hakainde Hichilema’s inauguration as the leader of Zambia is only the country’s third change of government since 1964. Focussing on Zambia’s key issues (poverty and unemployment), Hichilema’s success was in appealing to the young, writes Jonathan Katzenellenbogen. “With unemployment and food inflation high, the central issues of the election were clear. This allowed Hichilema to attract the young, and it meant tribal identity was pushed to the side.”  Many doubted that he would win the election, with many factors against him. Aside from intimidation and sate-controlled media, Hichilema had to contend with myriad challenges – including restricted campaigning. Despite this, his party won by “a margin of a million votes, polling 2.8 million votes compared to the 1.8 million received by Lungu’s party, the Patriotic Front,” making it very difficult to challenge. Below, Jonathan Katzenellenbogen discusses how President Hakainde Hichilema may lead Zambia toward economic reform, while potentially making “inroads into corruption”. This article was first published on the Daily Friend. – Jarryd Neves

Zambian elections: The landslide, and the lessons for the region

The inauguration yesterday of the new President of Zambia, Hakainde Hichilema, is a watershed for the region.

He was elected in a free and fair election by a wide margin, and with a strong mandate for economic reform, which makes for a positive set of circumstances. For the past few years, it is populists who have made the gains, and of late some of the continent’s most watched elections have not been free or fair.

The incumbent, President Edgar Lungu, challenged the results as ‘not free or fair’ but the lack of evidence and the wide margin of victory made a nonsense of the claim. Lungu eventually met with the winner and conceded. Hichilema’s party, the United Party for National Development (UPND), won nearly 60 percent of the vote. His party won by a margin of a million votes, polling 2.8 million votes compared to the 1.8 million received by Lungu’s party, the Patriotic Front.

This is Zambia’s third change of government at the polls since independence in 1964. It is a huge boost for African democracy after the election earlier this year in Uganda that has been described by poll observers as ‘fundamentally flawed’ and full of irregularities. And last year’s election in Tanzania was also highly problematic, say observers. The Zambian election must also surely give a boost to the opposition in neighbouring Zimbabwe, which has had a string of unfair elections.

Ahead of the poll in Zambia there was a poor prognosis that Hichilema would win, or of the election being free and fair. After all, he had made five previous attempts at the Presidency. In 2017 Hichilema was detained for three months. During the recent campaign, Hichilema and his campaign workers were tear-gassed and intimidated, Covid-19 regulations were misused by the government to restrict campaigning, and access to state-controlled media was restricted.

Above all, it was Hichilema’s wide margin of victory that meant there was no doubt that the election could be stolen. In the end Zambia’s independent institutions stood up.

As much as the Zambian election result can give a degree of encouragement to the opposition in Zimbabwe, the terrain for free and fair elections is very different in Zambia. Voter registration and turnout were not restricted, the judiciary and the election commission are independent, and ultimately the security forces did not side with the incumbent president. The big lesson for the opposition in Zimbabwe is to seize all chances to register voters and then ensure that they turn out on the day. In Zimbabwe, that is far more easily said than done.

Tribal identity was pushed to the side

Hichilema made the economic pain of Zambians the central issue of his campaign. With unemployment and food inflation high, the central issues of the election were clear. This allowed Hichilema to attract the young, and it meant tribal identity was pushed to the side.

By contrast, Lungu focused his campaign on the government’s delivery of vanity infrastructure projects. In the days leading up to the election, Lungu opened the Chinese-financed and built airport terminals at Lusaka and Ndola. While Lungu described the infrastructure as ‘our legacy’, these terminals are widely viewed as white elephants, unjustified by projections of arrivals into the country.

Rapid infrastructure-building financed by borrowing on non-concessional terms, mainly from China, is precisely what has pushed the country into its current economic crisis. Zambia has defaulted on its US Dollar bonds, has a high government budget deficit, and suffers from low growth and annual inflation of around 25 percent. To get out of this predicament the government will have to sign an agreement with the International Monetary Fund (IMF) that can pave the way for a rescheduling of its foreign debts.

As part of its turnaround, Zambia will face the difficult task of deciding what infrastructure projects to scrap or scale back. This might hurt relations with the Chinese, as it could mean not taking up their loan facilities and business.

Propelled by a mandate for reform, rapidly implemented measures amounting to shock therapy, rather than gradualism, are probably the best option to achieve quick wins. A gradual implementation of a reform programme could risk derailment at a pain point, and failure to build on the current momentum for reform.

In an agreement with the IMF, Zambia will have to address its large government budget deficit and that will have to involve substantial cuts. The IMF also wants to see better management and improved transparency on spending and debt, and improved controls over borrowing to ensure debt is reduced to sustainable levels. An IMF deal is a pre-requisite to debt rescheduling with the country’s creditors. A previous attempt faltered after creditors suspected that the Chinese might be receiving better terms than others.

Hichilema will face his first political hump in making the cuts. His party has a solid majority in Parliament but will still have to deal with the civil servants and unions in making the cuts. The UPND is in alliance with a number of smaller parties, including one party headed by a union leader. Managing the coalition and showing early wins will be key to success.

The turnaround effort will be immensely helped by the bullish view of investors toward the country since the election. The Zambian currency, the Kwacha, strengthened against the US dollar, as did the price of the country’s US dollar bonds on which the country defaulted last year.

Bloomberg has reported that mining firms are ready to invest heavily in expansion if an agreement on the tax treatment of royalties can be reached with the new government. While copper production rose last year with higher prices, output has been almost flat over the past decade because companies cannot deduct mineral royalties from the tax they pay on profit. Changing the tax laws to allow deductions would be an early win with investors and help ease the government’s revenue problems with higher copper production.

Another factor that could ease the reform programme is the current high price of copper, which makes up more than 70 percent of export earnings. In addition, the $1.3 billion IMF allocation to Zambia – which is part of the Fund’s global stimulus package to all its members to help them over the economic hardship of the Covid-19 downturn – will also help ease the country’s adjustment.

Hichilema might also be able to make inroads into corruption. As one Zambian told me, ‘He is very rich, and at least does not have to be corrupt.’

With the strong mandate, support from investors and a high copper price, there is a lot going for Zambian economic reform. Many in the region are hoping for great success.