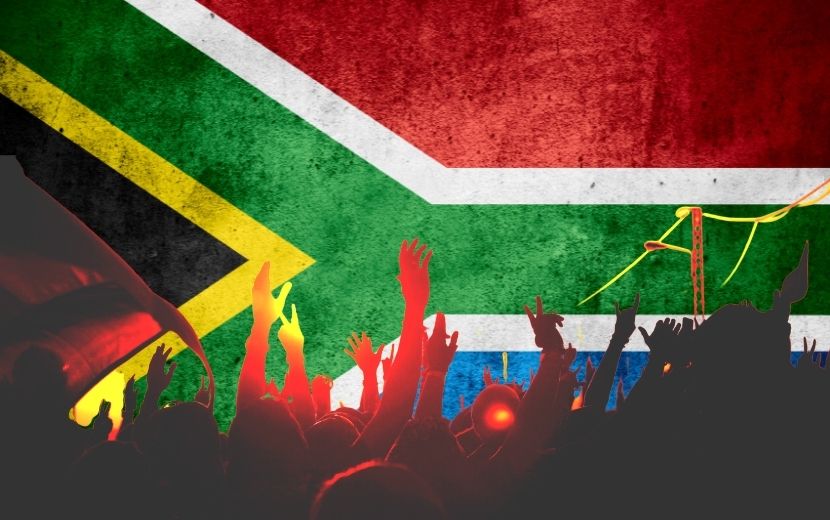 Just over a decade ago, unprecedented mass protests against poverty, corruption and political repression led to the removal of President Hosni Mubarak after he had been in power in Egypt for nearly 30 years. The ‘Arab Spring’ phenomenon led to regime changes across Northern Africa and the Middle East – a revolution against the incompetence of the ruling elite. This article by Advocate Hein van der Walt and Dr Lawrence McCrystal of COFESA – the Confederation of Employers in South Africa – draws stark parallels between the conditions that brought about Arab Spring and those that are omnipresent in South Africa. With sobering statistics to support their comparison, the authors call for an ‘Africa Spring’ – ‘For all, a modernised, deregulated SA economy will bear low hanging fruit for the picking and it will not cost.’ An excellent and perturbingly thought-provoking article by Advocate can der Walt who – surprised by the July 2021 riots – ‘looked for similarities to gauge the potential for revolution in SA.’ The authors also provide precise and insightful recommendations by which government can hope to achieve our own Africa Spring reform. At 44.4% (broad definition) unemployment, South Africa has indeed long passed the ‘Arab Spring’ tipping point. – Nadya Swart

At 44.4% unemployment we have long passed the ‘Arab Spring’ tipping point

Tahrir Square 2011: With social media and peaceful protest a 26 year-old girl overnight brought down Egypt’s Hosni Mubarak, one of the most powerful Middle Eastern leaders.

Mr Satyam Panday, S&P’s senior economist recently cautioned against the ‘Arab Spring’ phenomenon when Egypt passed the 30% unemployment level and – with a video blog – twenty-six-year-old Asmaa Mahfouz mobilised Egyptians to join her in peaceful protests in Tahrir Square where 80 000 people turned up and Mr Mubarak was replaced overnight to bring about a growing modern economy.

The ‘Arab Spring’ sets the 30% level of unemployment as the tipping point for spontaneous eruption of revolution.

Surprised by the July 2021 violence and looting in KZN, Cofesa’s Adv Hein van der Walt looked for similarities to gauge the potential for revolution in SA. He found remarkable parallels  in ‘Root Causes of the Arab Awakening in 2011’, an analysis by Primoz Manfreda, a  researcher and senior political analyst.

Mr Brian Fugaji of the Centre for Development and Enterprise said; ‘While the implications of the July insurrection are still unclear, the opportunistic looting that we saw clearly reflected young people’s rising frustration and desperation and calls it a ‘volcano that can erupt’ should urgent, fundamental change not take place. More than nine million young South Africans are not in employment, education or training (NEET).’

Mr Cas Coovadia CEO of BUSA said that he agreed with president Ramaphosa that the July upheavals were an attempt at insurrection that “will be attempted again.”

Paul Romer, Nobel Prize winner said in November 2020 that if South Africa does not solve the problem of youth unemployment, it may not matter what other problems we do solve.

Manfreda’s report found that the incompetence of the ruling elite laid the seeds for their own demise. Piecemeal political and economic reforms did not keep up with population growth and widespread discontent over unemployment and low living standards fuelled the protests of 2011. A population with no stake in the future and dashed expectations is ripe for a revolution.

Despite high national economic growth, living conditions for the average Egyptian remained relatively poor. About 40 percent of Egypt’s population lived on the equivalent of roughly US$2 (R30) a day, with a large portion relying on subsidised goods. In Egypt, two-thirds of the population are under 30. Many of them, despite education, have difficulty finding work. The anger of university graduates forced to drive taxis to survive, and families struggling to provide for their children transcended ideological divisions.

The population lost hope and trust in the political system. Voter turnout became extremely low – to about 25 percent – elections were postponed and emergency laws extended with more power to the police which they abused. Egypt legalised censorship and limited non-governmental political activity, including demonstrations and financial donations.

Corruption – In Egypt, billionaire politicians raised the perception that they misused their positions to feather their own nests. Business elites collaborated with the regime to amass fortunes unimaginable to the majority of the population. No investment deal was closed without a kick-back to the rulers. Crony capitalism benefited only a small minority.

Rallying Call of the Mosque – The most iconic and best-attended protests took place on Fridays, when Muslim believers head to the mosque for the weekly sermon and prayers. Although the protests were not religiously inspired, the mosques became the perfect starting point for mass gatherings. The authorities could cordon off the main squares and target universities, but they could not close down all mosques.

Bungled State Response – The response of Arab dictators to the mass protests was predictably awful, going from dismissal to panic, from police brutality to piecemeal reform that came too little too late. Attempts to put down the protests through the use of force backfired spectacularly. In Libya and Syria, it led to civil war. Every funeral for the victim of state violence only deepened the anger and brought more people to the street.

Contagion effect – The protests spread to almost every Arab country, as people copied the tactics of the revolt, though with varying intensity and success. Broadcast live on Arab satellite channels, the resignation in February 2011 of Egypt’s Hosni Mubarak, one of the most powerful Middle Eastern leaders, broke the wall of fear and changed the region forever.

Patriotism – The Arab Spring united middle classes and the poor, both secularists and Islamists, left wing groups and advocates of liberal economic reform. The key to the mass appeal of the Arab Spring was its universal message. It called on the Arabs to take back their country away from the corrupt elites, a perfect mixture of patriotism and social message. Instead of ideological slogans, the protesters wielded national flags, along with the iconic rallying call that became the symbol of the uprising across the region: “The People Want the Fall of the Regime!”.

Although backed in some countries by youth activist groups and unions, the protests were initially largely spontaneous, not linked to a particular political party or an ideological current. That made it difficult for the regime to decapitate the movement by simply arresting a few troublemakers, a situation that the security forces were completely unprepared for. 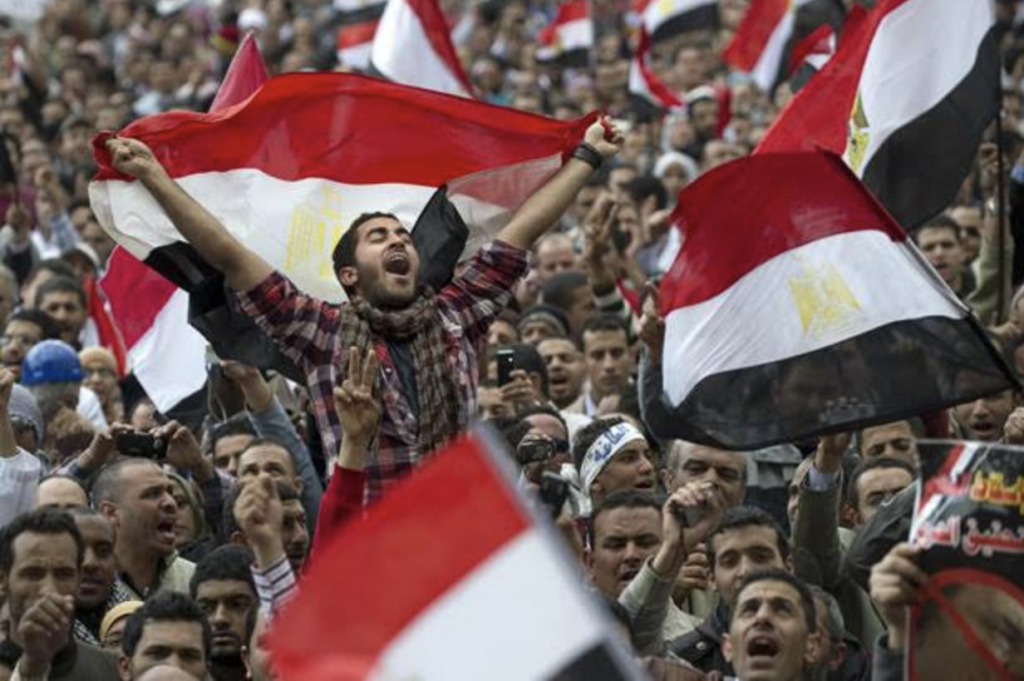 With deeds in real time, not words, our leaders must give hope to bring about an ‘Africa Spring’ 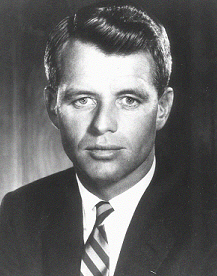 As Robert F Kennedy prophesied – “A revolution is coming – a revolution which will be peaceful if we are wise enough; compassionate if we care enough; successful if we are fortunate enough – but a revolution which is coming whether we will it or not. We can affect its character; we cannot alter its inevitability.’’ [Report to the United States Senate on his trip to Latin America and the Alliance for Progress, May 9-10 1966.]

In July 2021 the Arab Spring phenomenon of spontaneous looting and violence erupted in KZN and Gauteng with disruption and burning of trucks on one of our main highways. It surprised our government, our police and army. Shop owners, taxi drivers and citizens came to their rescue. The uprising was a warning signal that cannot be ignored. Much of what happened in Egypt is being duplicated in South Africa.

More than a third, 34.4% of our population is unemployed (44.4% including those who have given up looking for employment). In the age group 15-34, 64.4% are unemployed. 34% of our population go to bed hungry – people with no hope for their future. Since 2014, the number of registered voters in the under 30 age group declined by 1.8mn. Only 9% of the young people of voting age have registered for the municipal elections, indicating mistrust in formal electoral politics.

In our situation a scenario comes up where a slogan ‘to take back our country away from the corrupt elites’ with patriotic (not ideological) constructive ideals, once started, will likely have mass appeal and gain a life of its own, spread through the main centres and into neighbouring countries. Understaffed police and, in some countries, non-existent armies are unlikely to contain legitimate peaceful mass action at schools, churches, golf courses etc.

In any event, they are not trained to handle peaceful protests such as the Tahrir Square gathering. Sharpeville and Marikana scenarios are more likely, must be foreseen and avoided.

The expectations of those who have matriculated and graduated are dashed. Job prospects have diminished hugely with 1.3mn firms having deregistered in recent years. These people have become potentially dangerous citizens/activists. Of our graduates 8% are likely to find jobs. At some of our colleges only 9% of students graduate. 250,000 learners rewrite matric while the SETA’s have lost R13bn to dropouts.

BEE beneficiaries, estimated at only about 50,000, amass fortunes while the majority of the population suffer.

We have 200,000 millionaires in government service with opulent lifestyles. Their salaries and also fringe benefits – such as international travel, expense accounts, housing, blue light brigades, and spending such as for parties, funerals and workshops – should be trimmed down and the savings used for productive purposes.

3,164 schools have pit toilets only according to the latest report from the Department of Basic Education (DBE) on the state of school infrastructure in South Africa.

Ms Jesse Duarte’s call in ANC Today of 20 Nov 2014 to enable people to participate in the economy, saying that complete political and economic freedom are not without paradox. Indeed, it is time to constructively respond on the call: “THE PEOPLE SHALL SHARE IN THE COUNTRY’S WEALTH! All people shall have equal rights to trade where they choose, to manufacture and to enter all trades, crafts and professions.” (Freedom Charter). May the Freedom Charter of 1955 evolve into a fresh national goal of ‘economic transformation’ where the offspring of the signatories flourish and poverty is defeated.

Cofesa urges government to ‘pick the low hanging fruit’ of deregulation to create a Modern Economy for a Modern Generation. To make SA a sought-after investor friendly destination. To follow the example of India. India scrapped 1,536 Acts that created 69,233 compliances and 6,618 filings every year, called ‘cholesterol’ leading to 200 million jobs being generated in the formal economy.

Cofesa sees labour law reform as crucial to modernise our economy and requests that government appoint a task team to fast track reforms. Here are some priorities of what needs to be done:

For all, a modernised, deregulated SA economy will bear low hanging fruit for the picking and it will not cost 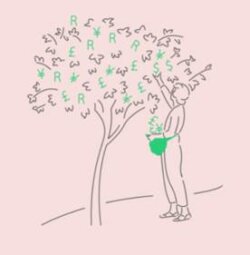 The Issuing title deeds will have a ‘Marshall Plan effect’

‘THE BENEFITS WOULD BE EVEN GREATER THAN THOSE SEEN IN POST-WAR EUROPE’ – Bruce Cameron, of the JSE stated.

Transferring the backlog of 800,000 – 2,08 million new title deeds for residential property will unlock the intrinsic value of land and release enormous wealth – a ‘Marshall Plan’ stimulus. New owners will take out bank loans and bonds to upgrade, repair and enlarge their houses, buy white goods, cars – translating into millions of jobs in services and retail.

Property ownership will change the face of South Africa. Ownership promotes a new proud middle class, gives a sense of belonging and permanence and economic stability to families, benefit education and bring down crime.