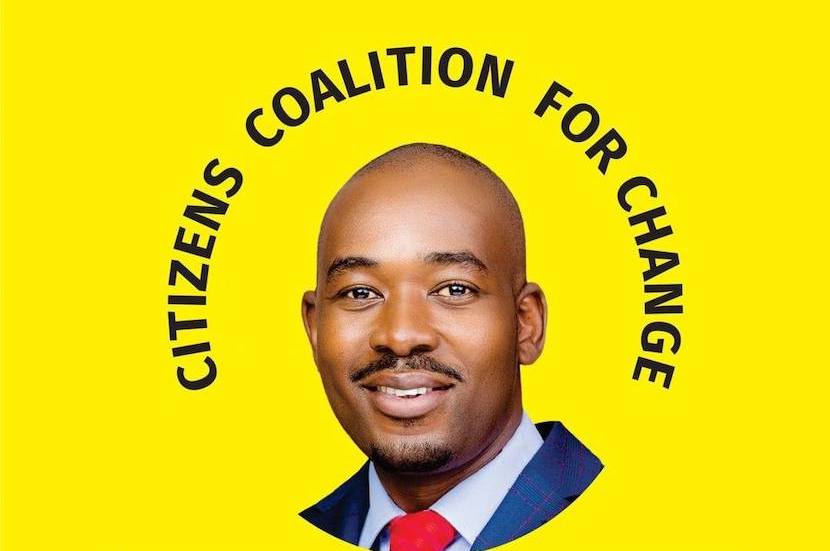 It seems South Africa is as prone to the cult of personality, (especially with ruthless manipulators), as is Zimbabwe. One need only compare old Jacob Zuma with the late Robert Mugabe (if you eliminate the education disparities, the animal cunning having been similar). Here Cathy Buckle laments the current cult of personality trumping electoral safeguards, sowing havoc and confusion among Zim voters and essentially maintaining a dysfunctional, dictatorial system. Perhaps one encouraging comparison is that SA has a progressive, hard-won insurance policy – our Constitution – one that the ANC is hell-bent on changing to enable economically destabilising land reform in the name of some elusive misguided equality, (given the record of outcomes). Yet another similarity, however, is the inability to form a cohesive, effective opposition, though Cathy sees encouraging early signs in Zimbabwe, resulting in Pythonesque contestation over who has the ‘rights’ to the colour yellow. Perhaps searching for signs of hope is where it all begins… – Chris Bateman

After 22 years of writing about events and life in Zimbabwe it would be remiss of me not to record recent events because two weeks ago, after seventeen years of bickering, accusing and finger pointing, it’s possible that hope has been rekindled in our country with the appearance of yellow.

Yellow is the new red in Zimbabwe. Red was always the colour of the opposition MDC party which was born in 1999 but fractured in 2005 into two parties, MDC T (Tsvangirai) and MDC N (Ncube). At each election from 2005 to 2018, and in between times too, the MDC in-fighting became more and more shameful and bizarre with continual disputes over leadership, assets, buildings and funds. Voters would get to polling stations and find two or three MDCs on the ballot papers. Confusion reigned, and with it came disappointment and deep sadness as the sacrifices made by so many and the price paid by so many, seemed all for nothing. Even the 2018 coalition of leaders calling itself the MDC Alliance, which included the splintered arms of the MDC, could not stop the squabbling mess. Frankly it was embarrassing to see that the MDC had turned into a personality contest, ignoring the people who had voted for it.

The MDC in all its various forms was dogged by infiltration and in-fighting and diluted by people who declared themselves the leaders of the party and proceeded to purge 133 elected parliamentary and local authority officials from office by having them recalled. Those recalls have left constituencies without MPs and local authorities without Councillors for over a year. By-elections have not been held as the government suspended all elections under the guise of Covid and so we have floundered deeper and deeper into hopelessness, poverty and despair.

So in January 2022 the new CCC party starts out with nothing and they declared their new party colour to be yellow, giving them the clean break they needed from their red colour of the past. Immediately there was an argument about yellow. Speaking at a rally in Harare Zanu PF officials said Nelson Chamisa and the CCC should be barred from using the colour yellow saying it was Zanu PFs colour and it signified mineral wealth. (A telling claim in view of the vast fortunes in mineral wealth continually being smuggled out of the country.) The Human Rights NGO Forum said “under the laws of common sense, the alleged expression of interest to bar the use of colour has no basis.”

The CCC has a mountain to climb, the first step being to immediately insist that electoral reforms are made. Too many times we have heard the MDC in all its guises saying they will not do this, or that, or the other without electoral reforms and yet time and time again they get swept up in the hype of huge rallies and do nothing about crucial electoral reforms. Every election they say they will protect our votes but they do not and in the process they betray the ordinary people who sacrifice so much to vote for them. Trust needs to be restored with actions not words or why will people even bother going to vote?

As I write this letter under a bright yellow sun a beautiful green chameleon is watching me watching him; it has one eye looking back at me and the other looking forwards for any passing fly. The CCC need eyes in the back of their head as we step onto the ugly 2023 election treadmill and I end with this quote in the hope that the CCC will learn from their mistakes: “Indeed, you won the elections, but I won the count.” (Nicaraguan dictator Anastasio Samoza, 1896-1957)