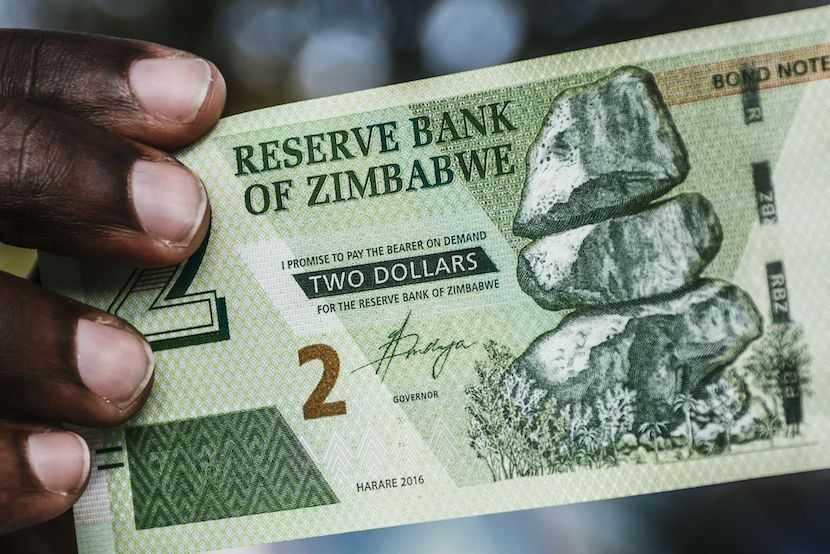 In her inimitable way, Cathy Buckle juxtaposes the deceptively hopeful brush of Cyclone Gombe with the edges of Zimbabwe, the rest of which is figuratively and literally shrivelling from a drought of man and nature’s making. With elections fast approaching, the ruling party clampdown on all aspects of society, especially democratic opposition, and the continued neglect of policing and education – while futilely trying to control rampant inflation – are shrivelling the soul of a nation. Inured to no services and ever-rising prices, Buckle nevertheless gives us concrete examples of how things are spiralling right now. What kind of society has soldiers visiting increasingly badly paid teachers at home while teachers, doctors, nurses and public servants stand to earn more as domestic or farm workers in South Africa? It’s a sad state of affairs when the price of holding a job becomes too high and you’re punished for trying to leave. – Chris Bateman

Tropical Cyclone Gombe hit Madagascar 10 days ago, moved across the channel into Mozambique and Malawi and the tail end rains are now in parts of Zimbabwe. The rains are desperately needed but the talk everywhere is of drought as we’ve watched maize crops drying and shrivelling before the cobs had filled. In some areas, the crops are still salvageable but in many places it’s too late, crops are beyond the point of recovery. In my home area we’ve had a little over half our normal annual rainfall so far and February, which is normally the grain filling month, was a shocker with less than 20 mm of rain the whole month. We seldom get much rain after the end of March and alarm bells of hunger are already ringing. Yet again all we can do is help one person at a time and the needs are huge.

Warning bells are also sounding about prices. In the last week, maize meal prices increased by 15%, bread flour by 14.7% and fuel went from US$1.34 to $1.70. Ugly politics and election alarm bells are also clanging as we approach by-elections with riot police, tear gas and water cannons reappearing as opposition CCC rallies are repeatedly being banned by police but supporters are undeterred. When police banned the CCC rally in Marondera last weekend, CCC leader Nelson Chamisa addressed supporters outside the venue and said: “We had come here to have a peaceful rally but the police have stopped us. Do not blame them, they are just doing their jobs, there is a hand directed from behind.”

Calling for a general strike a few days ago, the Crisis in Zimbabwe Coalition chairperson, Peter Mutasa said government workers needed to “resist the divide and rule tactics of government and unite for the common good”. He described the shocking state of affairs in Zimbabwe, saying soldiers were visiting and threatening incapacitated teachers who can’t afford to go to work. He said, “The majority of workers have been thrust into modern slavery. The majority are earning below the poverty datum line and many even below the food poverty line.” Mutasa said it made sense for a doctor, teacher, nurse and other public service workers to leave their jobs here and work as domestic or farm workers in South Africa. Mutasa described the prevailing government-controlled rate of exchange, which has destroyed wages, savings and pensions as “currency debauchery”. As I write this letter, one US dollar is worth 240 Zimbabwe dollars on the street but only 130 dollars in the banks. This week, the government announced it had doubled the application fees from US$150 to US$300 for nurses wanting qualification certification letters in order for them to go and work as nurses in other countries. Civil service workers are punished if they stay and punished if they try and go.

Another alarm bell came from a parliamentary portfolio report on defence, home affairs and security services. The report said the morale of officers across the entire police service was at its “lowest ebb” and if the “challenges” weren’t met, they had the “potential of collapsing the policing system due to increased indiscipline and poor service delivery”. The report said that in the Police Charter, the ZRP pledges to answer at least 90% of all phone calls within 10 seconds or three rings but some police stations don’t even have working landline telephones. Computers and printers were also an issue and some police stations “relied on external typing services … posing threats of having confidential information falling into wrong hands”. As shocking as the findings in the report may be to outsiders, they come as no surprise to us because for a long time when you have gone to a police station you have to come with your own fingerprint form, there’s no ink for the fingerprint roller, no ink for the rubber stamp pad, no paper, no printer, no fuel, broken chairs, collapsing ceilings; it’s a very sorry state of affairs.