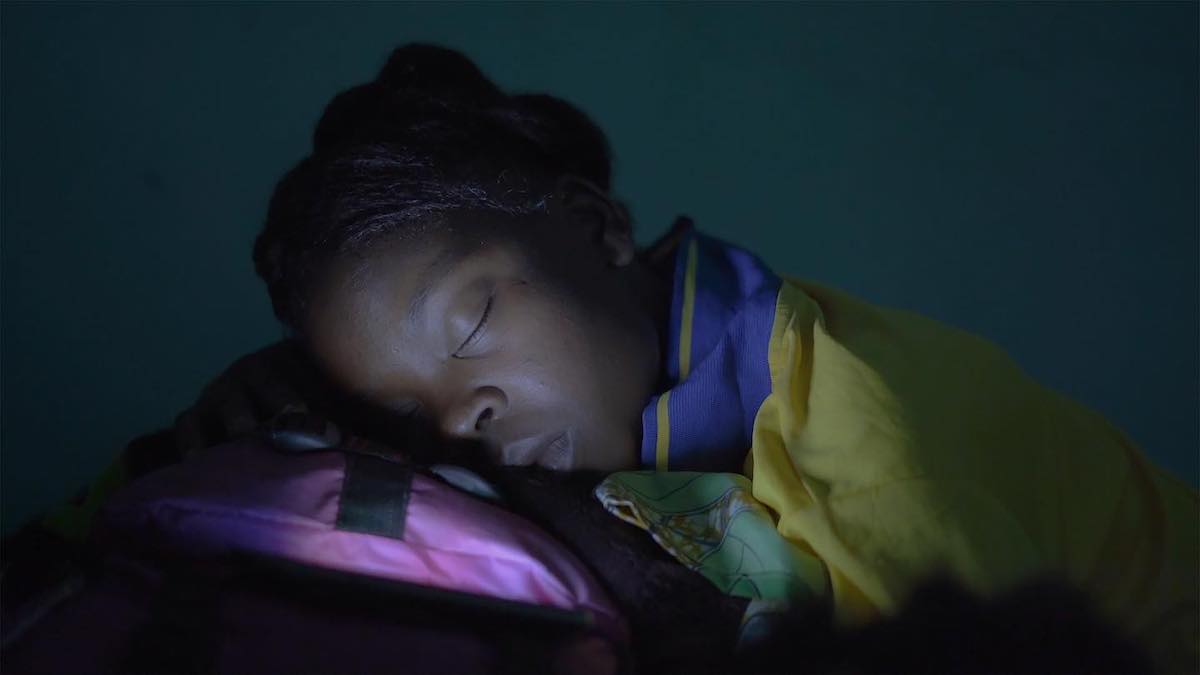 Imagine having to leave the only life you know behind, and setting off into the unknown. Few people would do this willingly and most who migrate from their countries of origin do so because of impossible situations like war, terrorism or insufferable poverty. This kind of migration is the subject of a series of documentaries being undertaken by filmmakers in Africa. Generation Africa, a project conceived by the non-profit Social Transformation and Empowerment Project (STEPS), supports African filmmakers telling their stories about migration from an African perspective. One of the most poignant of these takes place on the border of the Sahara in Mali where a house has become a sanctuary, a pit stop, a temporary resting place for those who seek a better life across the desert. Here they receive help, guidance, and the possibility for some of rest before the long journey continues: a journey that could, and often does, end tragically. The Last Shelter is a look into the temporary lives of the people that pass through this house in Goa and those that work there. We learn about why they are leaving everything behind, and what they hope to achieve. This is a beautiful film about leaving home and the sacrifices that have to be made. No U-Turn follows a young man, Ike Nnaebue, who fled Nigeria for Europe. Twenty years later, he retraces the steps of his journey to remind himself what motivates people today to expose themselves to the dangers of a passage into an uncertain future. As peace in South Sudan hangs in the balance, a mother and her two daughters return home from exile in Kenya. The mother’s mission is to safeguard her late husband’s vision while her daughters struggle with what it means to call South Sudan home. No Simple Way Home looks at the political tensions and fragility of a new, young country – and also inward at a family of strong women. Liani Maasdorp and Julia Cain perfectly illustrate the importance of this project as it aims to shift perspectives about migration from the continent. Their diverse project uses film to empower, start conversations, educate and produce action around human rights and migration. Their aim is to use socially relevant documentaries to give a voice to marginalised and disadvantaged communities and to enable local and global conversations around one of the most important topics of our time. The article first appeared in The Conversation. – Asime Nyide

By Liani Maasdorp and Julia Cain*

For far too long the west has been telling stories about and talking on behalf of Africa. However, a new slate of 25 documentary films by African filmmakers called Generation Africa is currently making waves at international film festivals and is set to shift perspectives about migration in and from the continent.

It’s the latest initiative by a Cape Town-based organisation called STEPS. For 20 years the NGO has been an innovator in using film as a tool for social change and in developing talent from the continent. They produce ambitious theme-based collections of films that engage with pressing issues, in this case migration. The 25 new documentaries present diverse and nuanced insider perspectives of people moving both between African countries and from Africa.

Filmmakers from around Africa were invited to submit proposals for films specifically to address the missing perspective of Africans on this contentious global issue. Several of the films have been completed, among them ones that have been gathering media attention for high profile film festival selections and awards. The Last Shelter (Mali) had its world premiere at CPH:DOX in Denmark in 2021, where it also won the Dox:Award, the top prize at this festival. No U-Turn (Nigeria) received a Special Mention from the jury at the Berlin International Film Festival in February. No Simple Way Home (South Sudan) has recently won the DOK.horizonte prize at DOK.fest Munchen.

Premiering at one of these A-list festivals would be a crowning achievement for a documentary from anywhere in the world. But festival success is merely the beginning of the plans for these films. From the start, STEPS wanted compelling stories that would offer images of Africans as active change-makers shaping their own destinies, whether they chose to move within the continent or out of it, whether to stay abroad or return.

STEPS stands for Social Transformation and Empowerment Projects. The organisation laid the groundwork in South Africa for what was then called outreach by many and is now referred to as impact producing, the design and implementation of a social change strategy with a film at its centre.

Its first programme in 2001, STEPS for the Future, focused on Southern African stories about people living with HIV/AIDS and pioneered the use of mobile cinemas to get films to hard-to-reach rural and semi-urban audiences. Though it often makes shorter films collaboratively with communities, STEPS also boasts a long history of high profile international successes, like co-producing the 2008 Oscar-winning documentary Taxi to the Dark Side as part of its Why Democracy slate of 27 films.

STEPS intends that each of the Generation Africa documentaries has an impact campaign designed to effect targeted social change centred on the issues raised in the film. Socio-political, economic and climate change crises drive many Africans to move to new countries as migrants, refugees or asylum-seekers. Many of the Generation Africa films have the potential to help lobby for policy change, raise money or secure material support for affected communities.

The STEPS method relies on creating meaningful conversations through holding audience engagements after a screening. These sometimes include filmmakers and participants from the films and are aimed at influencing social change at individual, community and policy level.

Three of the new films

The Last Shelter centres on several characters at the House of Migrants on the edge of the Sahara desert in the city of Gao in Mali. Some are about to undertake a perilous attempt to cross the desert, others seek shelter after failing to. It’s clear that Malian filmmaker Ousmane Sammassekou had privileged access to the people of the shelter.

No U-Turn, directed by Nollywood producer Ike Nnaebue, is structured around the migration journey he himself took as a young man travelling from Nigeria to Morocco, dreaming of Europe.

No Simple Way Home by Akuol de Mabior reflects on her parents, who are past and present political leaders in South Sudan. She explores her own complicated relationship to the country.

Through attention to structure and storytelling, the Generation Africa films provide new insights by revealing the personal stories, circumstances, challenges and achievements of some of the individuals behind the anonymous statistics on migration. The films are able to move audiences in such a way that there is the potential to effect change. But impact strategy relies on much more than simply screening a film.

The Last Shelter’s impact producer, Giulia Boccato-Borne, has already commenced an impact campaign. The film provides a meaningful way to initiate conversations with potential migrants before they leave their home country. And also with communities who put pressure on young people to migrate in order to support their extended families financially.

A specific goal at an individual level is to help Esther, a 16-year-old girl in the film running from a home situation so bad she chose to rather risk walking across the desert. She crossed to Algeria successfully after the film was shot but then fell into the hands of human traffickers. Khadidja Benouataf, one of the impact team, used her Algerian connections to find the girl and place her in foster care. They are working on securing asylum for her.

No U-Turn, which is still in the initial stages of impact strategy design, plays particularly well to a European audience as it reveals the dreams and goals that drive individuals to migrate. After watching the film it is much harder to see migration from Africa as a systemic problem that has to be ‘fixed’. One is, instead, invited to dream with each of the characters during the road trip vignettes that make up the film. The director reflects towards the end:

The countries of our birth do not allow us enough opportunities to dream. So we cross to the next border, hoping there will be space for our dreams there.

No Simple Way Home’s impact campaign has been supported by influential organisations like DocuBox Kenya, DocSociety, The Good Pitch and The Wickers. Their community screenings in South Sudan will kick off in July, led by impact producer Jacob Bul. Impact goals include opening intergenerational conversations around South Sudan’s future and solidifying women’s roles in leadership in Africa.

By contributing to conversations in Africa and globally about identity and home and the experience of being physically detached from your country of origin, the Generation Africa films play a role in shifting the contemporary narrative about migration and the people who move from country to country, and continent to continent, dreaming of a better future.