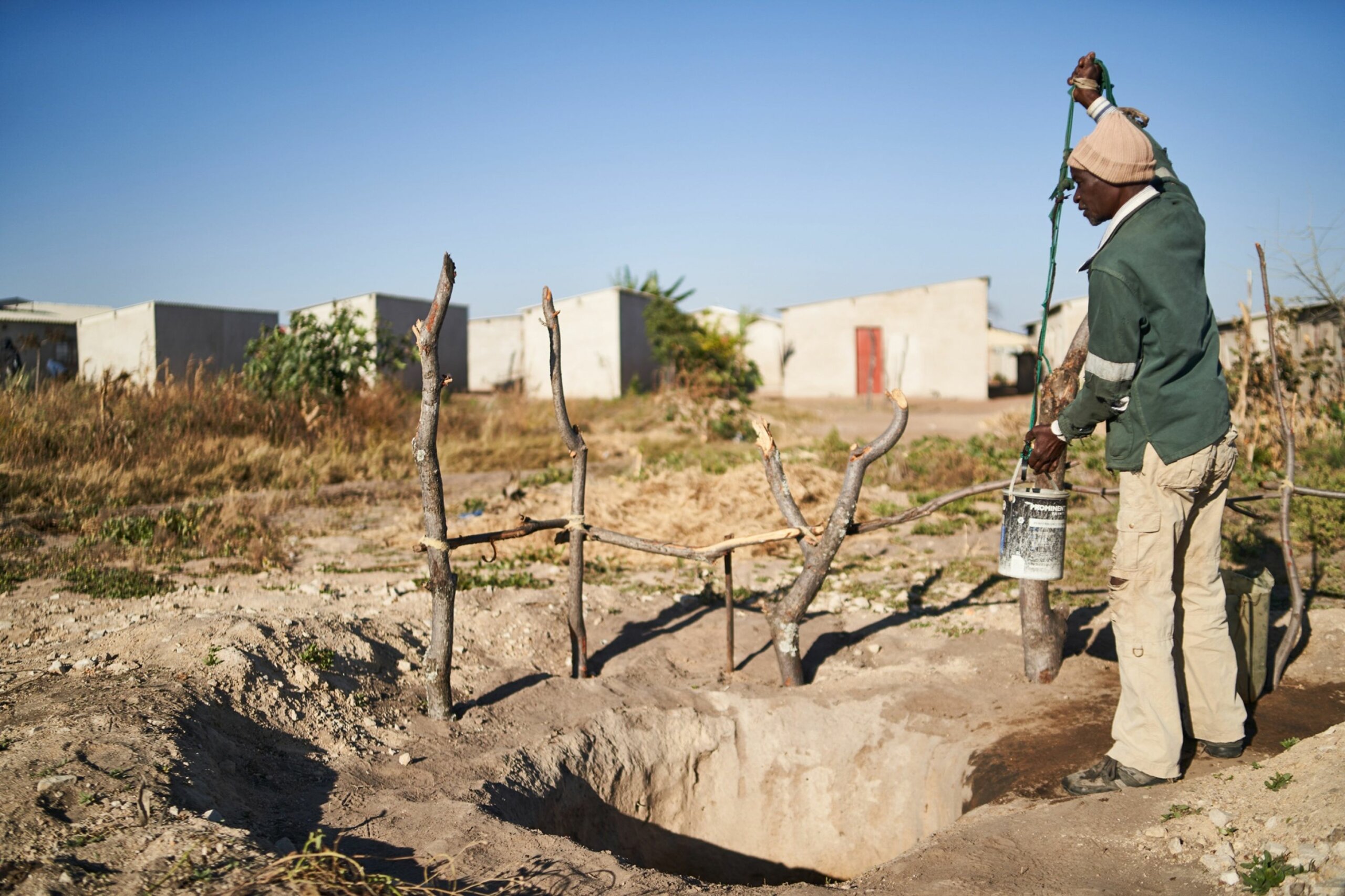 Food shopping is a nightmare in Zimbabwe, with the highest food inflation in the world; the roads in many places have eroded into dongas, and 4,000 health workers have left the country since 2021. Some 1,700 registered nurses left in 2021 and 900 have left so far this year. There has been no water for eight days and counting, and electricity cuts last for 10 -12 hours at a time. All that keeps Zimbabweans going is the beautiful countryside and the charming people. But Zimbabwe’s internationally renowned musician Thomas Mapfumu wrote to President Mnangagwa this week saying the situation cannot continue. Read Cathy Buckle’s letter from Zimbabwe below to find out more. – Sandra Laurence

Catch and release, where the thieves are always freed

I am writing this Letter From Zimbabwe under a deep purple sky where the lightning is spectacular against the dark clouds in the distance. The rains have started in Zimbabwe, bringing relief after seven long dry months, replacing hot dusty whirlwinds with strong, fresh breezes. You can see the rain coming, sometimes in slow, quiet curtains whispering across the bush and other times in noisy pounding storms filled with hail stones. Along with the rain has come the return of Paradise Flycatchers, Storks and Ibises and closer to the ground, sausage flies, rhino beetles and shongololos (millipedes).

Despite the beauty all around us, it was a shock having to learn how to survive in Zimbabwe again after a couple of weeks away. No water for eight days and counting, electricity cuts for 10 -12 hours at a time, massive gullies where rain water has scoured the roads and the damage was never repaired, and then there’s the nightmare of shopping. World Bank statistics show that Zimbabwe now has the highest food inflation in the world at 353% and the telltale sign is how many groceries have been abandoned at the tills because shoppers can’t afford them. A few months ago I wrote about groceries being ‘thousand dollar shopping’ – now ordinary food shopping is more like 100 thousand dollar shopping. A government report released recently shows that poverty levels are rising and more than 73% of the population now earns less than US$100 per month, with 61% of the population having to “skip a meal due to lack of money for food.” (National Financial Inclusion Strategy report).

“I’m done with Zim,” a man said to me this week, “I can’t wait any longer.” He’s an engineer but is leaving the country because he can’t support his family and can’t even afford enough food for his children anymore. When I said I hoped that he wouldn’t miss Zimbabwe too much he said he was sure he would stop missing it after a year or so. I doubt that but he’s not alone in leaving as the brain drain gathers pace with every year that the state of Zimbabwe continues unchanged. A Health Services Board report this week says that over 4,000 health workers have left Zimbabwe since 2021. 1,700 registered nurses left in 2021 and 900 have left so far this year. Doctors and nurses have been pleading for a living wage for years to no avail and they finally end up having no choice but to go.

In a bizarre twist of irony, President Mnangagwa said in a weekly newsletter published in a state newspaper: “We have to competitively reward our doctors in order to guarantee greater staff retention.” There are now only 3,777 registered medical practitioners in a country with a population of 15 million. Of those 3,777 practitioners, 1982 are general medical officers, there are 713 specialists, 250 dentists and 627 interns, all of whom are surely carrying an unbearably massive case load while they barely surviving themselves.

Extracts from an open letter written by Zimbabwe’s internationally renowned musician Thomas Mapfumu to President Mnangagwa this week perhaps says it best on the state of our country five years after the ousting of Robert Mugabe and six or so months before our next election:

“Dear President Mnangagwa, I am writing to you at this desperate hour… I am sure you can feel Zimbabwe going down the drain as a nation….. The services are decaying daily, and the situation is now hopeless. You may try to cover it up, but the truth keeps coming out. People need clean water … Hospitals have no medication or equipment. Medical staff are running away. Power cuts are now commonplace. Urban transport is now disastrous. … Why are we going through so much suffering? What is the end to all this suffering?… Corruption is now going through the roof. You have done nothing to stop this…. All the big fish that are stealing the resources of Zimbabwe are set free by the court system. The catch and release method is real and thieves are always freed. What example are you setting, sir? What message are you sending to the nation?…” (Full letter on Nehanda Radio).

I end my letter this week with a message of thanks to the millions of Zimbabweans out there in the Diaspora who have not forgotten us, who continue to support us, encourage us, lobby for us and give us strength not to give up.