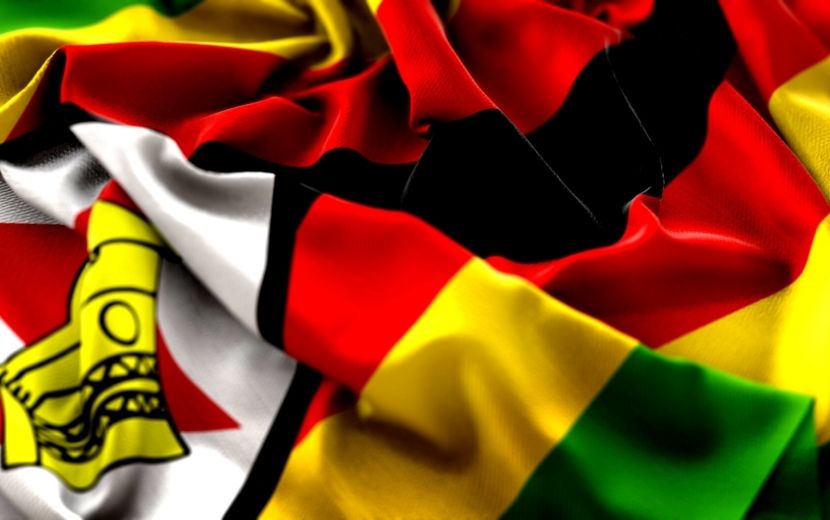 In this Letter from Zimbabwe, Cathy Buckle not only gives us a car-window view of the immense beauty and resilience of her country and its people at this lean time of the year, but a reminder of how vital attitude is. Especially when the economy – like the foliage in the protracted dryness of Zimbabwe’s hot early summer – shrinks before your eyes (the cost of basic goods rocketed by 493% over the last year). For me, well-crafted words are like a landscape portrait, the most evocative and telling being this line describing one view during her cross-country car trip, “Endless kilometres of bleached yellow grass and small thorn trees with the occasional newly harvested wheat field being cleaned by women with bags or grazed by goats or cattle or monkeys, everyone picking up the ears of wheat the harvester had dropped. Kind of sums it all up. – Chris Bateman

Brush the chip off your shoulder at Shangani

This is the story of encounters on a journey from north to south Zimbabwe taken in the sizzling October heat when we are continually looking up for the slightest sign that rain may be coming. It’s very hot and dry and so far, there is no sign of the towering purple clouds we know we need before the rains arrive. The strong winds of early summer have come late this year, hot whirlwinds leave thick coatings of dust in their wake.

Arriving at a tollgate on a highway heading south it was a beautiful big-sky day. One of those days when the sky is so blue and the sun so bright that it hurts your eyes and the horizon seems to go on forever. For endless kilometres, the view was of bleached yellow grass and small thorn trees with the occasional newly harvested wheat field being cleaned by women with bags or grazed by goats, cattle or monkeys, everyone picking up the ears of wheat the harvester had dropped. The World Food Programme call this the lean season; it’s particularly apt at a time when our shopping bags get ever lighter because there is less and less we can afford as the cost of basic goods has risen by 493% in the past year (WFP).

Holding my debit card out the window for the teller at the tollgate she said. “It’s up.” Those two little words say it all in Zimbabwe. Overnight the cost of passing through the tollgate had gone up from ZW$1,000 to ZW$1,300. “Why has the price gone up?” I ask. She just shrugged and raised her eyebrows, that little gesture speaking volumes. While she puts my card through the machine I do the maths in my head, the tollgate is $1,300 but when you add the card charge, bank charge and tax, each tollgate actually costs $1,446. Everyone takes their cut of every dollar in your pocket.

Further along the road, a group of young men wearing miners hard hats with pick axes on their shoulders are ready for a day searching for flecks of gold in the stony red holes that have been dug everywhere around here. A little plastic shack, a pile of stones, a home-made iron tripod holding a rope and they slide down into the darkness of these treacherous pits in search of gold. We stop at a river and get out to look at the thick green carpet of weed on the water and a purple jacaranda in the distance but very soon we aren’t alone. A fancy car with dark tinted windows pulls up very close and two young men in their 30s get out, very smart clothes and shoes, trendy haircuts and big gold watches, both carrying rucksacks. They head into the bush and there is no doubt they are the gold buyers. We know it’s time to leave, immediately. This is the illegal, informal economy in Zimbabwe and the less said the better … and safer.

Stopping for fuel in a small town I watch a man approaching car after car asking for food. As he is turned away again and again, he holds his arms up to the blue sky and shouts something inaudible. He has a blue plastic light on a stretch band across his forehead and is wearing trousers too small and a shirt too big. When he gets to us, my son gives him something and he is so delighted that he shouts in joy and they shake hands vigorously. My eyes smart with tears watching them; Zimbabweans have the amazing ability to go through so much, lose so much, suffer so much and yet still give and take happiness in the smallest and most unexpected encounters.

As we drive through the small town, a man carries a little red cardboard box with the words ‘Joy in a Box’ printed on the take-away food carton. This, according to the billboard is ‘The Licking Zone,’ an advert for a fast-food chain store, just the name making you smile. The humour of Zimbabweans never fails to delight and to surprise and as we pass the Shangani River, I think of the story a friend told me about leaving your hostile arrogance behind when you enter Matabeleland. The story goes that when you get to the Shangani River, you should stop, take a small leafy twig off a tree and use it to brush the chip off your shoulder before you get to Bulawayo. As Zimbabwe draws ever closer to elections, brushing chips off our shoulders and uniting for the common good is surely more important than ever.