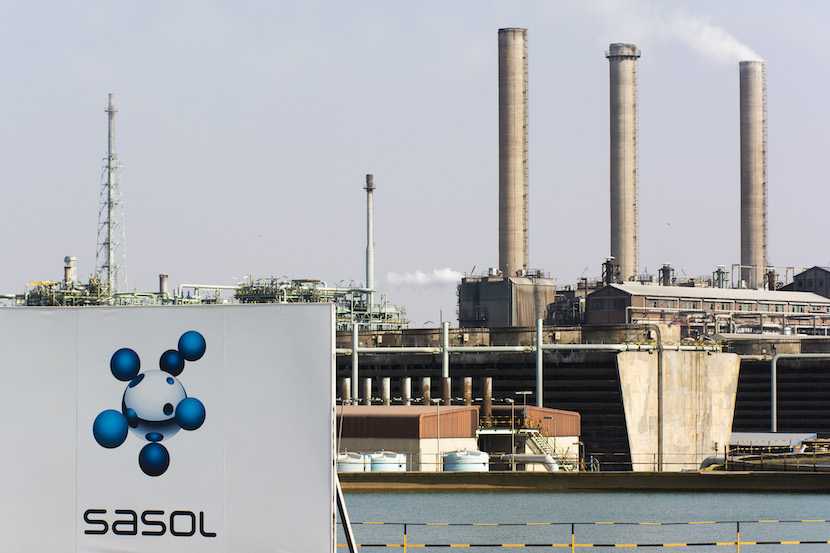 The world’s best investors have traditionally looked for publicly listed companies that are undervalued, snapped them up and then made money when other investors cotton on and push up the share price. This is the type of investment behaviour espoused by Warren Buffett, America’s most successful investor over more than half a century. Taking a leaf out of the value investors’ book, analyst Ryk de Klerk has got his eye on Sasol. The chemicals and gas-to-liquids producer, listed in Johannesburg and New York, saw its co-chief executives Bongani Nqwababa and Stephen Cornell depart in October following a forensic investigation into delays and cost overruns. De Klerk’s message is that Sasol is unlikely to have much further to fall. The original article was published in Business Report. – Jackie Cameron

Sasol: The turn can be huge

I am bullish on Sasol. 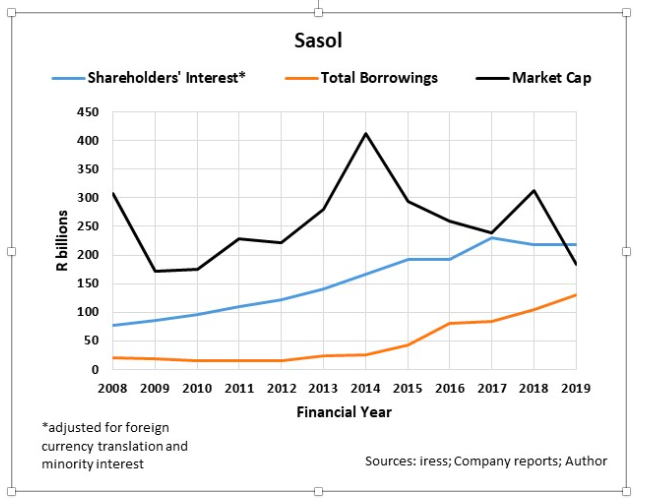 In 2014 Sasol’s total borrowings were only 50% of earnings before interest, tax and depreciation and amortisation (EBITDA) and is now fast approaching 3 times EBITDA. Assets in Sasol’s Chemical Cluster increased to R313bn from R96bn in 2013 while assets in the Energy Cluster increased by less than R20bn to R87bn.

In 2014, the original estimates for the LCCP in Louisiana would cost $8.9bn to build, but the several cost revisions since has a cost-to-completion range of between $12.6bn and $12.8bn. The completion date has also been pushed out. The project is at long last nearing completion with almost 94% built.

Apart from the problems at LCCP, Sasol’s financial position was under severe strain by its operations in its Chemical Cluster as ethylene prices in US dollars slumped by almost 80% since 2014, while the price of High Density Polyethylene fell by more than 40%. According to my calculations the return on capital employed in the Chemical Cluster fell from 30% in 2014 to nil in 2019 and took Sasol’s ROCE down with it. 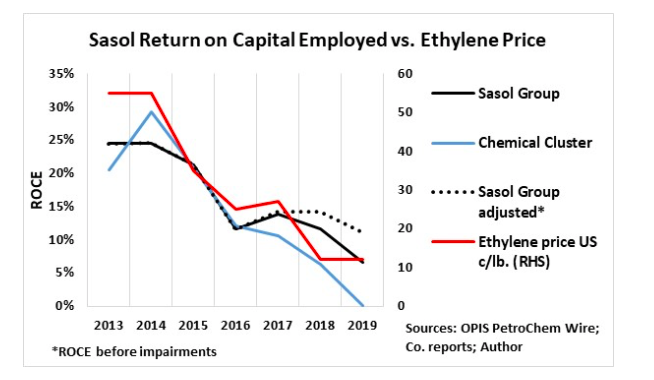 The Cluster’s returns lagged the increase in the oil price in terms of rand in 2018 and 2019 but upgrading work at Secunda Synfuels to extend the life of the operations had a negative impact. According to company reports the plant is back to full capacity and production is likely to be up by more than 3% in the 2020 financial year. Financial results in the Energy Cluster will also be boosted by increased mining productivity. 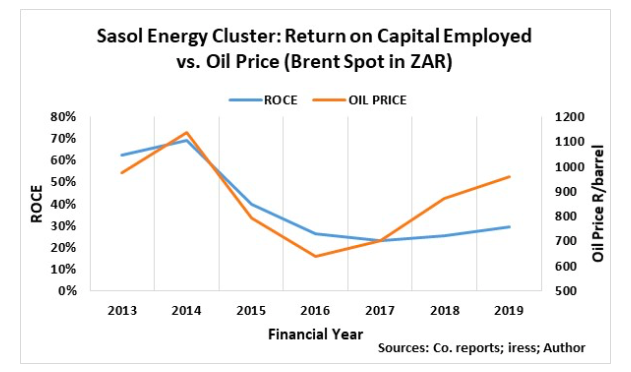 While ethylene prices are likely to remain under pressure due to the weak global economy and the ongoing feud between China and the US things are also starting to look on the up for Sasol’s Chemical Cluster. The old wood (the former joint CEOs) got chopped. Sasol is now expecting LCCP to contribute between $100-200m to EBITDA in the 2020 financial year and R1bn by 2022.

The biggest threat to Sasol is its borrowings. Due to the completion of LCCP being pushed out Sasol had no choice but to push the maturity of its debt out from 2021. 80% of the firm’s debt is now due four to five years from now while more than 90% is dollar-denominated. Management is obviously acutely aware of that and is in the process of disposing non-core assets of two billion US dollars.

Sasol’s attributable earnings was significantly impacted negatively by the re-measurement of items of R18.6bn and include once-off items such as impairments of almost R13bn.

Further planned shutdowns in the 2020 financial year will have a negative impact on Sasol’s profits while the adoption of IFRS on leases may influence results. The improvement on the operational and financial sides could provide a welcome boost to Sasol’s earnings in the 2020 financial year. The ramp-up of production and removal of bottle-necks at LCCP over the next two years are likely to underscore Sasol’s earnings growth.

Due to the company’s high gearing and the massive debt to be settled four to five years from now, you should expect Sasol to be very stingy with dividend pay-outs.

Risks are galore but it just seems that Sasol is offering value, specifically with the company’s market capitalisation at a deficit of R36bn to its shareholders’ interest. It effectively indicates that the market could be anticipating further losses or write-offs of R36bn. The turn can be huge though.