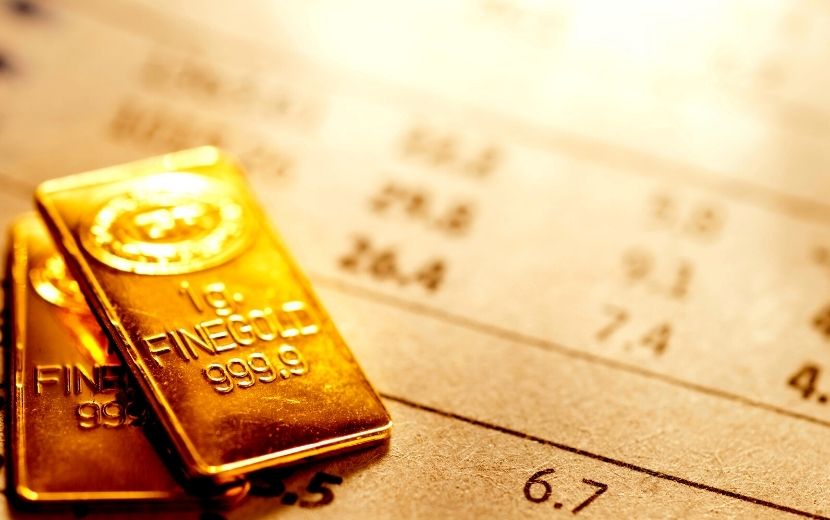 Michael Townshend is the portfolio manager at Foord Asset Management. Many market commentators are saying we are in a supercycle for commodities. Townshend joined the BizNews Power Hour and explained how the last supercycle came about in 2005. Townshend, along with co-host Piet Viljoen, discussed whether there are in fact any parallels between the previous supercycle and the demand for commodities occurring now. – Nadya Swart

Mike Townsend on the last commodities supercycle in 2005:

There’s no agreed definition of what a supercycle is. My interpretation is that it’s a sustained period of longer than 10 years where you get constantly rising commodity prices, and generally that rise in commodity prices is driven by a structural change in demand. And I think what happened in the early 2000s was that, from the early 90s, we had a significant population shift in China. And that was where you had, let’s say, six, seven hundred million people who moved from the rural areas into the big cities, and the cities had to, first of all, prepare for that massive influx of people. And you had a massive infrastructure boom. Just think of the amount of apartment blocks, etc., that have to be built to accommodate all of those people; the airports, the railway lines, the roads, etc. that have to be built to accommodate what was close to 10% of the world’s population.

So you had this massive infrastructure build that continued over a 15 to 20 year period, and that’s probably tailing off right now. And in the process, China’s consumption of commodities grew from – it varied from commodity to commodity – but it grew probably from about 10 to 15% of total world demand to in excess of 50% for most commodities. And that structural change just led that boom that we saw starting in the 90s through the early parts of the century and probably up until 2008, that big crash that we had then.

On how well prepared big mining companies were to meet the demand coming out of China at that time:

Well, the high prices generally draw new supply into the market. So, the mining companies at that stage had probably a lot more projects on the books than what they have at the moment. So they were able to respond to that demand growth and bring on a number of new projects. And there was a surge in CapEx across the world in the mining industry, and they spent that money on building new copper mines, iron ore mines, coal mines – anything that was required by this burgeoning demand coming out of China.

So the supply side did respond. Initially, it was slow to respond, because it takes a long time for a mine to be built. Just think of examples here in South Africa; to build a new platinum mine, especially a deep level platinum mine that goes down to 2000 meters, there’s almost a 10 year lead time from digging the first hole until that mine is fully ramped up. So there can be a long lead time from digging the first hole before that material actually comes to the market.

Piet Viljoen on the demand for commodities:

So historically, the executives in resource companies have been prone to expand too aggressively when demand picks up or prices pick up. That’s been the case for decades and that’s why shareholders in resource-based companies have experienced such poor returns historically, because demand for commodities is a pretty stable number, it grows at about 3% nominal per annum – sometimes for a few years, a bit more when China was expanding in the early part of the 2000s, sometimes a bit less. But the mine is a stable thing, and it’s the supply which actually causes the cyclicality in resource companies.

And so, when you have large expansions in supply through CapEx in the mines, then you have prices dropping and these companies don’t make money. And that’s been the case historically. I think things are – these are very dangerous words that I’m going to say – but I think things are slightly different now. We’ve gone through a period where, for a long time, mines have pulled back. They haven’t spent any CapEx, no new mines or very few new mines are being developed – especially in copper and other metals.

And we are seeing new sources of demand, which always happens – but we are seeing new sources of demand replacing Chinese demand. So, the Chinese demand dampened somewhat, as Mike is pointing out, and I think the huge demand for greenification, for clean energy, for infrastructure will tend to take the place of the Chinese demand. And again, all that means is that demand stays reasonably stable. But there’s no supply, and that’s the crucial aspect of the cycle we’re on now – a lack of supply over the next 10 years.

Townsend on investing in commodities:

My interpretation is that you’re not going to see all commodities rising equally from these levels or even sustaining these high prices at the moment. And there’s that old adage in the industry that the cure for high prices is high prices. And what that means is that you get your clever scientists and their white coats, etc, who will look at whatever method they can to thrift the usage of that particular commodity out of their products. And then, as we’ve discussed, you will get the mining companies who will respond to these higher prices and dust off their projects that have been sitting on their shelves and start implementing those.

But the other big thing is that you do get a substitution, and I think we are going to see that more and more in the PGM industry. We are going to see palladium replacing radium and then platinum in turn replacing palladium. And as you mentioned just now, aluminium is a substitute for copper as well. It’s not as effective a metal in power transmission lines, but it can be used and it is significantly cheaper than copper. And therefore, you will get that substitution taking place.

On lithium’s reaction to the boom in batteries and electric cars:

Supply is critically important in determining where the prices go. I originally studied geology, so I think there’s a lot of lithium around in the world, and it can also be brought into production relatively quickly in comparison to your deep level mining processes such as the platinum group metals. So lithium comes predominantly out of Australia and then South America, but these high prices are incentivising producers to find new sources of lithium, which is relatively common in the earth’s crust.

So, yes, lithium is used in batteries and particularly in battery electric vehicles, which we see in the the adoption of BEV’s – as they are termed – rising rapidly over the years to come. They could gain market share of anywhere between 15% and 25%, maybe even 30% market share by 2030. This is a remarkably rapid adoption of what is essentially a new technology in the automotive space and lithium is crucial for that.

So, we had this initial surge in lithium prices, which drew new producers into the market. The lithium prices then fell off, and now we are going to be going into the next phase of rapid BEV adoption and requirement for additional supply of lithium. I think the market has been warned somewhat and therefore lithium supply is likely to come onto the market. So I’d be surprised if the lithium prices do rise materially above their previous peaks and then sustain that for any period of time.