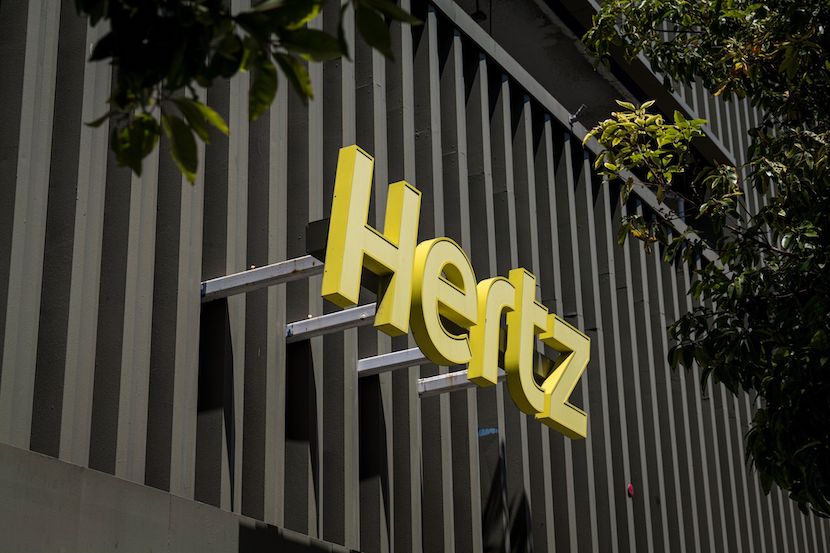 In what is one of the largest purchases of electric vehicles ever, US car rental company Hertz has ordered 100,000 Tesla Model 3 sedans. The purchase, which totals $4.2bn (approx. $42,000 per car) also created a $119bn jump in value for both the buyer and seller combined, reports Bloomberg. Tesla shares rose 12% following the announcement, adding nearly $118 billion to the EV maker’s market capitalisation. This, reports The Wall Street Journal, gave Tesla a market value of $1.03trn. Just last year, car rental giant Hertz filed for bankruptcy. As Rebecca Elliott and Dave Sebastian report, the 103-year-old company filed in May 2020 “as the debt-laden company suffered from a collapse in reservations”. Speaking of the purchasing decision, interim chief executive Mark Fields said electric vehicles have become mainstream and “we’ve only just begun to see rising global demand and interest”. Hertz also gained $1.17bn in value when the deal was announced. — Jarryd Neves, Motoring correspondent

By Rebecca Elliott and Dave Sebastian of The Wall Street Journal

Tesla Inc. TSLA 12.66% crossed $1 trillion in market value Monday, joining a select group of companies after its stock price more than doubled this past year on surging vehicle sales and rising profits.

Investors pushed the electric-vehicle maker over the line after Hertz Global Holdings Inc. HTZZ 10.04% ordered 100,000 autos to be delivered to the rental-car company by the end of next year, a bulk purchase that promises to expose more mainstream drivers to Tesla’s technology.

Apple Inc. Microsoft Corp. , Amazon.com Inc., Google parent Alphabet Inc. are the only other U.S. companies worth more $1 trillion. Facebook Inc. was part of the group, though its share price has since retreated. Tesla, which last week reported record quarterly profit, is worth more than the next nine largest auto makers by market capitalization combined.

“Wild $T1mes!” Tesla Chief Executive Elon Musk tweeted Monday afternoon. He added, of the Hertz order: “Strange that moved valuation, as Tesla is very much a production ramp problem, not a demand problem.”

Tesla’s valuation has soared unusually quickly. It took less than two years for Tesla’s market value to grow from $100 billion to $1 trillion, according to Dow Jones Market Data. By contrast, it took Amazon more than eight years to cover that ground.

The run-up in Tesla’s share price has benefited Mr. Musk, the company’s largest shareholder and world’s wealthiest person. Mr. Musk’s Tesla holdings, including vested and unvested options, were worth roughly $297 billion as of Monday, according to corporate-governance data company Equilar Inc. That is more than the valuation of Toyota Motor Corp., the second-largest auto maker by market capitalization.

Hertz’s Tesla order is part of a broader effort by the rental company to give customers more battery-powered options on rental-car lots.

The Estero, Fla., company said that starting in early November and expanding through the end of the year, Hertz customers will be able to rent a Tesla Model 3 at airports and other locations in major U.S. markets and some cities in Europe.

Financial terms of the deal between Hertz and Tesla weren’t provided. Based on list prices, the cost to Hertz would top $4 billion; however, historically it is common for such bulk orders to include a discount for the rental-car company. Mr. Musk tweeted Monday that “cars sold to Hertz have no discount.”

Electric vehicles will comprise more than 20% of the company’s global fleet with the current order, Hertz said Monday. The rental-car company said it introduced electric vehicles into its fleet in 2011.

The order represents a major chunk of Tesla’s annual production volume, which has been growing in recent years. The electric-car maker delivered nearly half a million vehicles globally last year and, based on performance through September, is in a position to deliver nearly 900,000 vehicles to customers this year.

While the Hertz deal should allow more people to drive Teslas, it comes as scrutiny of Tesla’s advanced driver-assistance features has intensified. On Monday, the head of the National Transportation Safety Board doubled down on earlier criticism, chastising Tesla for not addressing what the agency views as safety deficiencies in the company’s driver-assistance technology.

The NTSB investigates crashes and makes safety recommendations but doesn’t have regulatory authority. The agency has urged Tesla to take additional steps to limit how drivers are able to use the company’s advanced driver-assistance technology, which doesn’t make vehicles autonomous.

Tesla didn’t respond to a request for comment about the letter.

Hertz’s purchase could help elevate its profile as it anticipates relisting on a major stock exchange by the end of the year. Hertz shares, which currently trade over the counter, rose roughly 10% to $27.17.

Hertz is making the investment after emerging from bankruptcy under new ownership. It filed for bankruptcy in May 2020 as the debt-laden company suffered from a collapse in reservations.

The expansion into electric vehicles is part of what the company defines as “the new Hertz,” which focuses on electrification, shared mobility and a digital-first experience, the company said. Hertz’s new owners seek to overhaul the century-old company, implementing new software to improve inventory management and better forecast customer demand.

The company said it also has partnered with Super Bowl champion Tom Brady for a marketing campaign for the electric-vehicle rentals.

Hertz warned that efforts to electrify its fleet could be hampered by factors outside its control, such as the shortage of semiconductors and other constraints.

Tesla has a network of charging stations for its vehicles to augment those people install in their homes. Tesla users, at times, have complained about long wait periods at charging facilities.

“While we certainly have work to do in expanding capacity in some congested areas, average congestion on the network has decreased over the past 18 months,” Tesla senior vice president Andrew Baglino said on an earnings call this month. The Tesla charging network, he said, has doubled over the past 18 months and the company plans for it to triple over the next two years.

Tesla says on its website that it has more than 25,000 charging stations world-wide, principally in North America and Europe. Hertz said it is also installing thousands of electric-vehicle chargers in its network.

—Ken Jimenez contributed to this article.