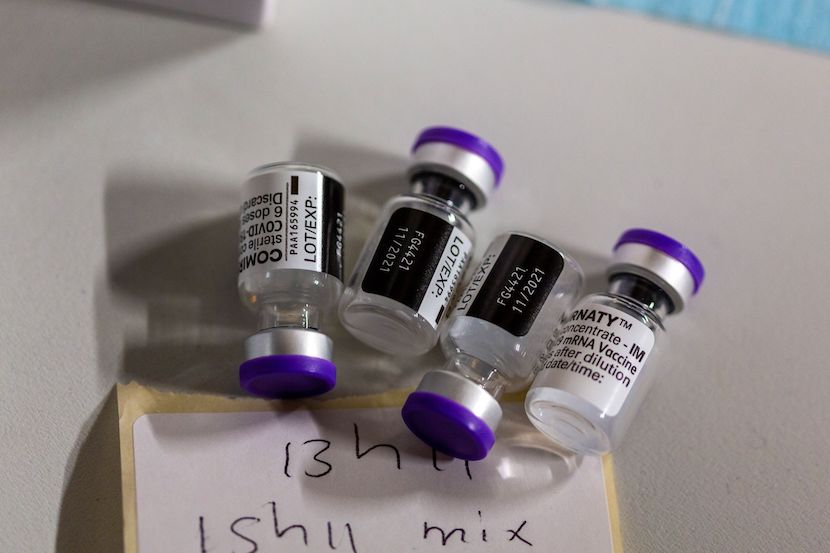 South Africa’s favourite market commentator David Shapiro sheds light on the chaos in markets following the outbreak of a new Covid-19 variant, Omicron. Discovered by South African scientists, this variant is supposedly more transmissible despite those infected only having mild symptoms. The mania sent equity markets into freefall and was especially damaging to leisure and hospitality companies. Shapiro says the new variant is of little concern and the markets are likely to blow this over. However, Shapiro does raise the alarm bells for investment returns in 2022. After three consecutive years of near 30% returns, he says global indices will do well to beat inflation, with valuations currently elevated. – Justin Rowe-Roberts

David Shapiro on the share specials on Black Friday:

I was tempted. But you know, you don’t want to be silly because we didn’t know how bad this is. I had an inner feeling it wasn’t [going to be bad] – just anecdotally – even though this virus was around, there weren’t reports of heavy admissions to hospitals or hospitals bursting. It just seemed to be normal. Yes, things were picking up. All the time I felt this was an overreaction. I still feel at this stage it’s like that, without any kind of medical substance to support what I’m saying. It just doesn’t feel as bad as perhaps the other outbreaks have. We’ve got reason to feel victimised. Anyway, it’s going to happen. This is going to keep on happening.

On whether challenger banks are taking market share from the large, traditional banks:

I’m in that camp. I think you’re right. They are not exciting businesses and I think investors today are looking for exciting businesses. So, for me, unless they can do something innovative, it’s going to be very difficult. We’re not in the kind of environment where people are splashing out and buying new cars. Yes, there’s an element of it, but it’s not a boom time in this economy. Banks will prosper when economies boom; when you want to put up new factories, expand your factory, buy new machinery, experiment, do things like that. That is when I think banks will do well or when there’s plenty of M&A activity. But in this kind of environment, it’s very difficult. I’m talking specifically about the South African environment. I think it’s very difficult and I think they’ll probably continue to trade at these low multiples. There is another element to it as well. The JSE is very thin in volume. I’ve monitored it, it just shows you the level of participation is kind of just kind of falling away.

On the outlook for global equities in 2022:

No, I think it’s going to be a lot harder. Maybe the first few months but it’s going to be tough. One of the reasons we’re seeing this growth is something we have never witnessed before. Right from the outset of this century – from 2000 – we have had low interest rates, virtually zero interest rates. And of course, that has helped equity markets. Each time we get out of a crisis, another one comes that forces us to reduce rates again. So, we had the internet bubble. We had issues around 07/08 and now we’ve had this pandemic. For people using the 60/40 (60% equity exposure, 40% bond exposure), it has been terrible. It’s been very, very difficult. It has favoured markets and therefore those who have managed to read this, have done better. But for traditional, conservative investors – traditionalists – they have underperformed the market. I’m setting a very low bar for 2022. If I can beat inflation – I’m talking in dollar terms – just stepping over 5% or 6, but not 26%.

On the risks of the new variant to equity markets:

No, I don’t think so. I think we’ve already discounted it; you can sense that it’s not serious and that it will be controlled. I’m merely giving you an inner sense. I know the media is pumping it up. I’m talking about the American media and even the British. They pumped it up, trying to get people to listen to the story. I think markets will probably brush it aside and slowly recover and get back on to the upward trajectory we’ve seen.