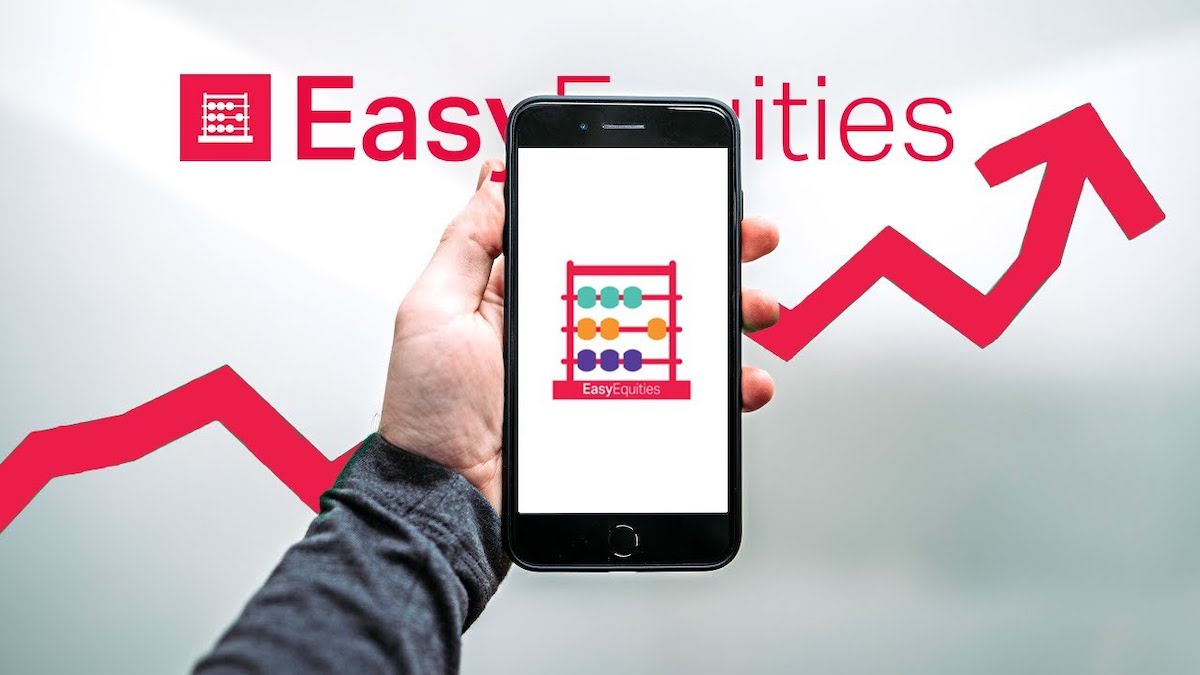 In this conversation at the fourth BizNews conference, Charles Savage, CEO of Purple Group and founder of EasyEquities, relates the story of how the platform which ‘democratises investing’ came to be. He also outlines the future plans for the company and much more.

Excerpts from Charles Savage’s question and answer at BNC#4

The passion started on Jammy stairs at UCT and I’ll never forget it. And the person is now deceased. But he was a very upwardly mobile student, had lots of money around him and he caught my attention. And what he was doing is he had a cellphone, which you can imagine. I was at university in ‘92, ‘93. Cellphones back then were quite a big deal. And he was buying and selling shares. And in those days you had a seven day settlement period. So he never had any money. He was just buying and selling within that period. It fascinated me and so it caught my attention. And so I sort of sidled up to him and said, I want to do this too. And I couldn’t believe how difficult it was, you know, to open a stockbroking account was impossible for a student. There was no online trading in those days, so you had to find a broker and all those kinds of things. So I never did it. It was too difficult. And then the Internet came around. I graduated in ‘94, ‘95 and travelled the world and then came back to South Africa and in ‘96 I was introduced to the internet. A good friend of mine was selling websites and building websites right at the start of the e-commerce boom, and he was insanely passionate about what he was doing. But for me, what connected those two stories was I felt that the Internet could make investing easier for everyone. In fact, in ‘96 and I naively thought that the ecosystem was ready for this, and I really did feel that if you built these platforms back then, you would be able to democratise access.

It’s amazing how it’s illegal for CEOs to sell shares. We’re humans, too, but the result of these shares that’s important to understand because it’s emotional for me to sell shares. Like I don’t want to sell shares. So I’m a, if you like, a foreseller. And the reason I am a foreseller is that my rewards package for when I created EasyEquities was 10 million options and the share price back then was actually $0.70 and it went down to $0.30. I got these shares at $0.75 and 10 million of them is a lot and there are seven year options and they expire. And so I had to exercise them now, otherwise I’d lose them. And you can imagine that, you know, in exercising 10 million shares, you need a lot of capital at $0.75, seven and a half million around just for the capital contribution. And then you have to pay tax and tax at 45% rate and add another 5 million rand to the equation. And so 13 million rand later I had to stump up to buy the shares and I don’t have 13 million rand sitting in my closet waiting for a rainy day. And so what you do is exercise the options and then you sell the options so that you can fund the balance of the purchase. In the last 12 months, I’ve actually exercised 12 million options and I’ve sold 7 million shares, so I’ve retained 5 million of the shares. That I’m a net buyer of the shares is the important part. I’ve added 5 million shares to my portfolio in the last 12 months. If I could have found a way to finance and hold those shares, I would have. I tried, but there is a very fine balance – and I think some of the fund managers in here will get this – between being leveraged and overleveraged, especially when it comes to a small cap stock and especially in a recessionary environment where we’ve got lots of uncertainty.

What I’ll try to give you is the insight that I think created the tipping point. And, you know, the first part, 50% of what we got right is 100% in the platform experience. You know, the ease of use, the fractionalisation of shares, the fact that there are no minimums and all of those things and the way the platform feels. I mean, it just feels great when you buy your first share for the first time. Um, and that outsized 50% of our differentiation. But it’s so repeatable and replicable, you know, if you think about it, the first time I ever felt like that about anything was the first iPhone that I held in my hand. And then guess what? Every phone that came after felt like the iPhone. That technology is very repeatable, replicable. So it’s not a lasting differentiator. But I would 100% say that that is 50% of our differentiator. And that pace of innovation and change continues today. We release 50 new releases on the platform over a year, almost. It’s one every week except for Christmas and New Year. So that’s what has got a huge and lasting differentiation because we keep changing. And that’s easy to replicate. Anyone here who’s got 500 million can go and build a platform.

The second part is where the real magic is, though, and this is the part that’s much harder to describe. But the best analogy I can give is, it’s about our people. You call it a tribe. And I think that’s a great analogy. But the tribe of EasyEquities it’s not the people that work there. In fact, it’s the people that work. Just a small part of that. It’s our entire community. It’s our customers. It’s our shareholders. It’s the stories about Rodney and Mark. It’s our partners in Capitec and Discovery and Telkom. And then it’s also about our staff. And in the DNA of those people, there is a magic going on that is just like a witches’ cauldron. When you’re trying to create magic, you put lots of ingredients and at some point the pot starts to boil and magic happens. And it isn’t the last ingredient you put in. It isn’t wasn’t the first, but it’s the combination of those people’s diversity, their inputs and efforts and outputs. You start to create this magic which other people might call momentum. And when that magic happens, I think then you’ve got to protect the magic. And so you’ve got to be careful what ingredients you put in after that. And so we’re very protective of who we partner with and who we bring in, as people that have to fit this magic culture that we’ve created. And that’s the piece I can’t replicate. If there was a secret ingredient to creating magic, we’d all do it. But that differentiation is our strongest attack weapon. It’s the piece that when you walk into, when you touch EasyEquities for the first time, when you walk into our offices. I remember the JSE walked in and some of the comments from the executives they left was that it just feels so good here. Like, what is it? It’s not the paintings in the end. It’s that feeling that we’ve created in our communities that we touch and the lives that we change and the people that are part of our platform experience.

On low costs and the performance fee debate

I think the cost debates have been on for a long time and I think where you’ve seen it play out is certainly in platforms like ours, but then also the passive industries. So the passives are championing lower costs and so well done to them. All of them played a really integral role at lowering the cost of asset management in the country. The asset managers kind of got away with it for a long time. They charge, in my view, it’s not quite extortion, but it’s close. And so I share some of Sean’s views. but the reason they’ve got away from it is it’s obfuscated from the customer. The customer doesn’t sit at the coalface of his income statement and investing. He doesn’t, there’s an intermediary. And in the result, what he says is I made 11% not I made 14% and paid away, you know, four or five or three or two. They’re just looking at the net result. So I made 11 and they’re not focusing on, you know, the difference. And then I think humans are very poor at computing the outcomes of small incremental savings. So if you, you know, if you take 1% saving for 30 years, it triples the outcome or quadruples the outcome, it will tell us the answer, but it’s a big number. And so the real cost debate tends to surface in low growth environments. So in a low growth environment, the cost debate is really healthy and it’s great that Sean has raised it. But the key is, the only certainty in increasing your performance in investing is lowering your costs. The best thing anyone can do in enabling wealth is to drive down costs because none of us have got a magic ball as to what the future holds. And so the best outcome for all of us is to keep pushing costs down.

Now, there has to be a fair balance, you know. Is it fair that Alan Gray charges one and a half percent on an 80 billion Rand fund that essentially is a benchmark hugger? No, they should be charging passive. I don’t think they do a better or worse job than the passives do. So it should be kind of passive. This is my opinion but are there good asset managers out there, small boutique asset managers that are creating Alpha for their customers by picking stocks that are outside the benchmark huggers, outside the ALSI 40. And what should you pay them? I’m not sure. I don’t have the right answer, but you have to pay them because otherwise they’re not going to get a bid to do it and they’ll just hug the benchmark if we pay them passively. So there’s a balancing act between these things, as a retail investor. It should be your laser focus to ensure that if you’re paying high fees, you must make it commensurate with performance and make sure that your relative performance is real and fair.