This comes as the SA National Roads Agency (Sanral) announced on Sunday that Gauteng road users are eligible for a 60% reduction of their historic e-toll in arrears from Monday.

Road users with outstanding e-toll debt incurred from 3 December 2013 until 31 August 2015 now have six months to settle their accounts, or make payment arrangements.

However, Opposition to Urban Tolling Alliance (Outa) chairperson Wayne Duvenage said on Sunday that the “60% discount of zero rands due remains zero as far as we are concerned”.

In his statement, Duvenage highlighted its new campaign, explaining that public members who agree to Outa’s conditions and sign-up “to donate a monthly contribution of an affordable value of their choice” will fall under the defensive umbrella. 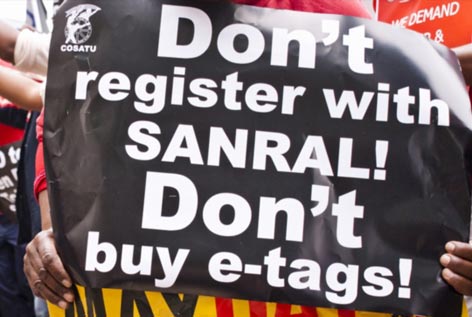 Outa has expanded its role as a civil action organisation into a membership-based contribution model that sustainably facilitates a growing mandate from the public, Outa explains on its website.

“The e-toll defence umbrella is aimed at supporting the vast amount of businesses and members of the public who are afraid of individual prosecution for their resistance against the unjust policy of e-tolls,” it explains.

“It aims to defend every case of e-toll prosecution within Outa’s contributing membership base, if any of their members were to be prosecuted for non-payment of e-tolls.

“Outa has developed a significant base of evidence and is confident in their ability to successfully defend an e-toll non-compliance case, on various fronts,” it explains.

“We know that this defence is significantly beyond the budget, time and abilities of businesses or individuals to carry if they are ever individually prosecuted, unless they are assisted by an organisation such as Outa.” – Fin24