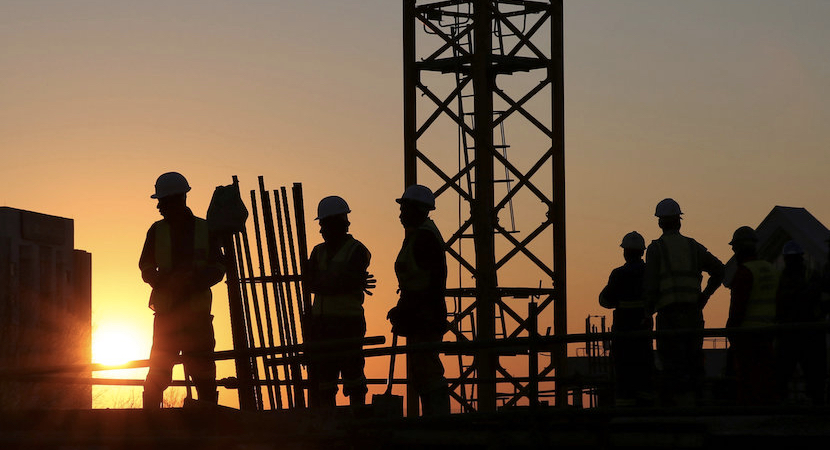 Following a new president inspired jump in the RMB/BER Business Confidence Index (BCI) to 45 in the first quarter, sentiment fell back to 39 in the second quarter and 38 in the third quarter. Although confidence rose marginally in two of the five sectors covered in the survey, not a single sector in the third quarter had a number above the neutral level of 50 – an infrequent and worrying development. 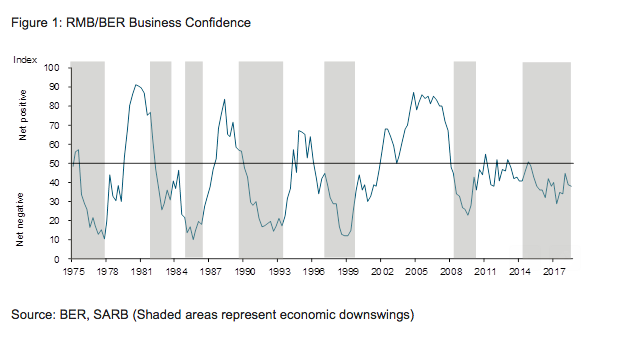 The third quarter survey was conducted during the month ending September 6, a period characterised by renewed disillusionment about the broad policy direction the country is taking. Further dampening the mood were fears of an acceleration in inflation and possibly higher interest rates to boot, as a Turkish-driven sell-off in emerging markets saw the rand weakening sharply to more than R15 against the US dollar. The survey covered 1,700 business people in the five sectors making up the RMB/BER BCI, namely manufacturing, wholesale, retail, new vehicle trade and building and construction.

After advancing by nine points to 62 in the second quarter, wholesalers’ confidence retreated by 13 points to 49. The sales performance mirrors this ebb and flow in sentiment. Of all the sectors surveyed, wholesale trade is still the one with the highest confidence level – albeit now also in net negative terrain.

Motor trade and building contractors were the only two sectors which saw confidence increase in the third quarter.

As for new vehicle dealers, sentiment improved from 35 to a still disappointingly low 41, as sales volumes remained under pressure.

Given the historically tight relationship between the RMB/BER BCI and real GDP growth, the renewed downward trend in confidence is disconcerting. On past form, it points to economic growth weakening even further after already slowing from 1.4% year-on-year in the first quarter to 0.5% in the second quarter.

“The underlying South African business landscape continues to weaken, with more sectors showing signs of strain. While confidence hasn’t (yet) fallen to the levels observed during the previous (and severe) recession of 2009, we remain deeply concerned about the prospects” said Etienne Le Roux, chief economist at RMB. “It goes without saying, the political and policy factors weighing down on business confidence (such as the government’s land reform plans) must be resolved to produce impetus for an increase in sentiment. This is especially the case now that global headwinds are mounting, domestic public finances are stretched and monetary policy is facing rising inflation risks,” he concludes.