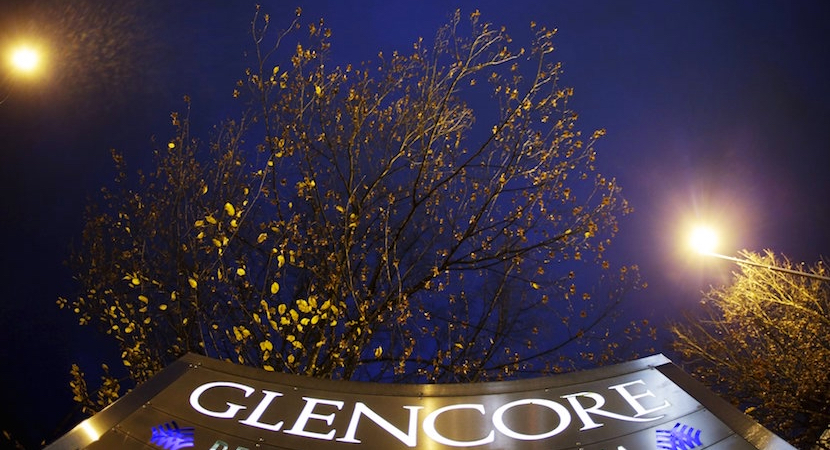 By Liezel Hill and Thomas Biesheuvel

(Bloomberg) – Glencore Plc will double the size of its buyback plan by purchasing another $1 billion of stock just 11 weeks after starting the program, adding to a growing number of moves by the world’s biggest miners this year to return more money to investors.

The announcement comes less than a week after No. 2 miner Rio Tinto Group unveiled a $3.2 billion share buyback following an asset-sale spree. BHP Billiton Ltd. in August paid out a record dividend and pledged to hand shareholders most of the $11 billion reaped from selling its US shale assets.

Glencore Chief Executive Officer Ivan Glasenberg said in August that the world’s biggest commodity trader was focusing on cutting debt and returning money to shareholders. The serial dealmaker noted there was little of interest for the Swiss miner and trader on the acquisition front.

The second buyback this year comes earlier than many investors would have expected after the company suggested in August that it could extend the program in November or December, rather than waiting for full-year results in early 2019. Glencore has almost completed its first buyback, having bought $940 million of its own stock after the shares fell to a 14-month low in September as part of a wider commodity sell off.

While its rivals have been returning money from disposals, Glencore has been using cash from the business. The trader announced its original $1 billion share buyback in July, after the company’s shares came under pressure when it was hit by a US Department of Justice probe. The buyback program will be extended to Feb. 20, the company said in a statement Tuesday.

The US probe extended a tough year for Glencore, mostly due to challenges linked to its business in the Democratic Republic of Congo, where it operates giant copper and cobalt mines.

Even after the initial buyback and a record-first half profit, Glencore’s shares have underperformed rivals this year. The stock has dropped 14 percent in London, compared with a 9.1 percent gain by BHP and Rio’s 1.7 percent decline. Anglo American Plc has climbed 11 percent.

The share repurchase is a sign Glencore’s management will “work to address any discount in the valuation, including the potential for further buybacks,” RBC Capital Markets said. “At $9 billion of net debt at the half year, and the high free cash yield, the company continues to have more firepower for buybacks.”