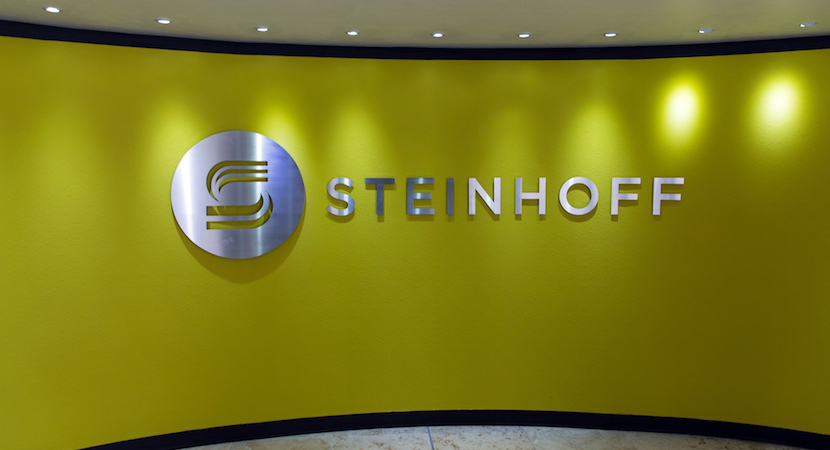 Commercial Director Du Preez replaces Danie van der Merwe, a Steinhoff director for almost 20 years who took the top job on an acting basis after Jooste resigned in December. Both men have been pivotal in managing Steinhoff as it battled for survival over the past 12 months, with Du Preez in particular credited with leading the South African company’s lifesaving restructuring of about 10 billion euros ($11.4 billion) of debt.

The 49-year-old’s relationship with creditors and knowledge of Steinhoff’s extensive global operations from France to the US and Australia make him an “ideal candidate” to oversee the next stage of development, Chairwoman Heather Sonn said in a statement on Monday. Van der Merwe, 60, will stay on in an assistance role until Dec. 1, 2019.

Steinhoff shares jumped after the announcement, gaining as much as 14 percent in Frankfurt and trading 6.6 percent higher at 12.6 euro cents as of 1:09pm local time. Still, the retailer has slumped 96 percent since reporting accounting irregularities in a shock late night announcement almost a year ago.

While Van der Merwe has repeatedly denied any involvement in the accounting wrongdoing that caused the crisis, he has said he will step down if implicated in a report into the company’s finances by auditors at PwC, which may be released as early as this month. In May, Steinhoff said the acting CEO repaid a R26.4 million ($1.89 million) loan backed by company shares that he took out a week before the retailer’s stock collapsed, while he’s been listed as a director at firms linked to Jooste and certain third-party transactions with Steinhoff.

Having bought time with creditors, Du Preez will now attempt to grow Steinhoff chains such as Conforama in France and Poundland in the UK and shore up the share price. Much will depend on the extent of the findings in the PwC report, and the outcome of a string of lawsuits including a 59 billion-rand claim by Christo Wiese, the former chairman and ex-biggest shareholder.

Other Steinhoff departures include Wiese, who quit as chairman in December and told South African lawmakers in January that the accounting irregularities came as a “bolt from the blue.” Ben La Grange stepped down as chief financial officer, while four other supervisory board members, including founder Bruno Steinhoff, took early retirement as the company sought to add more independent directors. Dirk Schreiber, a German national who was head of finance in Europe, resigned from the boards of two key units in July.

At Steinhoff’s annual general meeting in April, Chairwoman Sonn said the company wants to “uncover the truth, show the world what has happened, prosecute any wrongdoing and reinstate trust.”