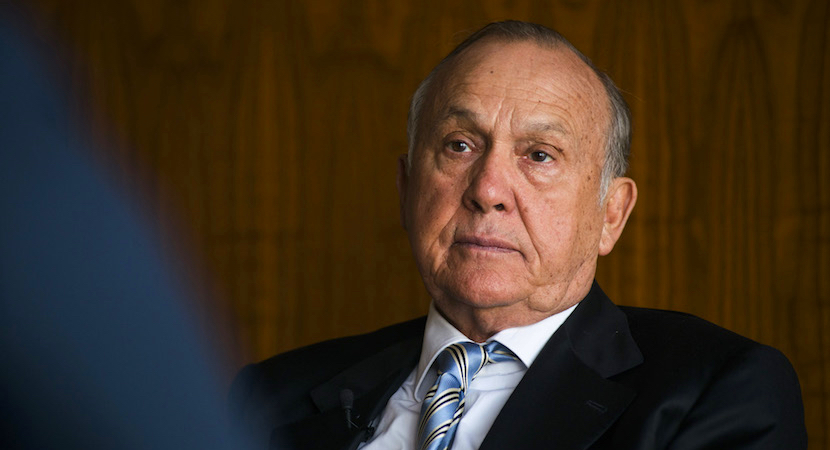 JOHANNESBURG — Steinhoff is the major business scandal that just doesn’t stop boiling over as the company is now being sued by its ex-chairman, Christo Wiese. The legal claim comes after Wiese was reportedly in moves to sell his private jets. He’s now embarking on bolder moves to reclaim some of his lost billions. – Gareth van Zyl

(Bloomberg) – Steinhoff International Holdings NV ex-Chairman Christo Wiese is suing the scandal-hit retailer for R59 billion ($4.8 billion) related to cash investments made in the company in 2015 and 2016.

Wiese was the biggest shareholder in the owner of Conforama in France and Mattress Firm in the U.S. when the retailer reported a hole in the accounts in December. The stock has since plunged 95 percent, and Wiese was forced to sell down his stake to cover margin calls on loans.

Wiese confirmed by phone the authenticity of the emailed statement announcing the legal claims, which call for the cancellation of an agreement whereby Wiese’s Titan Group took Steinhoff shares in exchange for his clothing retailer Pepkor.

The companies claim cancellation of the agreement entered into with Steinhoff International Holdings (Pty) Limited in the year, 2015 whereby the Titan Group subscribed for shares in Steinhoff following the acquisition of Pepkor Limited from the shareholders of Pepkor. They now claim repayment of the subscription amount.

The second claim relates to the Titan Group’s capital injection into Steinhoff in 2016 to enable it to meet its debt obligations at the time of its acquisition of Mattress Firm in the US.

In a letter accompanying the summons, Wiese’s attorneys state that he believes it is in the best interest of all stakeholders in Steinhoff that a restructuring of the group be effected on fair and equitable terms. Wiese said in his view the Steinhoff group owned some excellent businesses most of which Steinhoff acquired from Pepkor in 2015. “In a restructured Steinhoff, these businesses have every potential of continuing to create value for all shareholders and claimants.”

The letter accompanying the summons states although the summons would be pursued, the plaintiffs were prepared to hold further steps in abeyance by agreement if discussions with a reasonable prospect of success could be arranged forthwith.

Wiese said his group was fully prepared to work with other claimants and shareholders to ensure that Steinhoff remains and continues as a sustainable company. This would require inter aliaa restructuring of its current debt. This prospect is based on the continued excellent performance of the STAR group (containing most of the original Pepkor businesses) of which Steinhoff is currently the controlling shareholder.

“Many of the other business in the Steinhoff group offer good prospects and I strongly believe every attempt possible should be made to restructure the group as expeditiously as possible,” Wiese said.