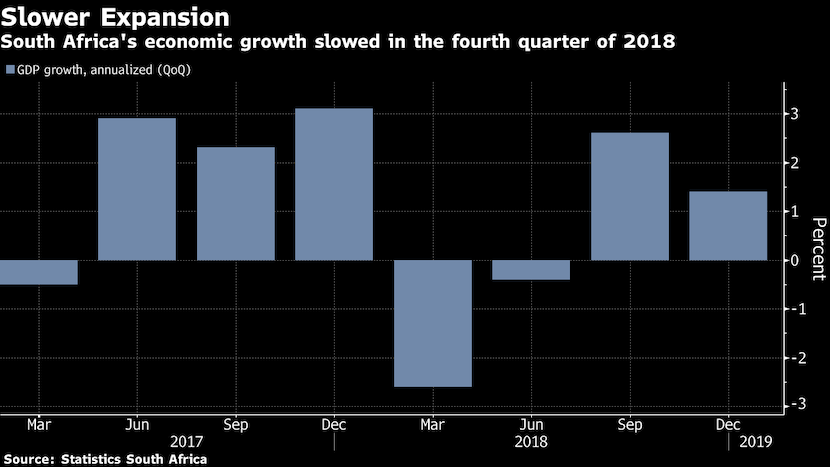 Annualised growth in gross domestic product eased to 1.4% in the final quarter from a revised 2.6% the prior three months, Statistics South Africa said Tuesday in the capital, Pretoria. The median estimate of economists surveyed by Bloomberg was for growth of 1.2%. The economy expanded 0.8% in 2018 compared with a revised 1.4% in the prior year.

What the Bloomberg economist says …

The headline figure was better than expected, but the heavy dependence on private consumption carries risks for the longevity of the current expansion. We expect the sharp drop in fuel prices in January and December to give further impetus to consumption in the first half of 2019, but risks to the rand and power supply is likely to continue to inhibit investment. The risks to our 1.4% growth forecast for this year are increasingly tilted towards the downside. – Mark Bohlund, Bloomberg Economics