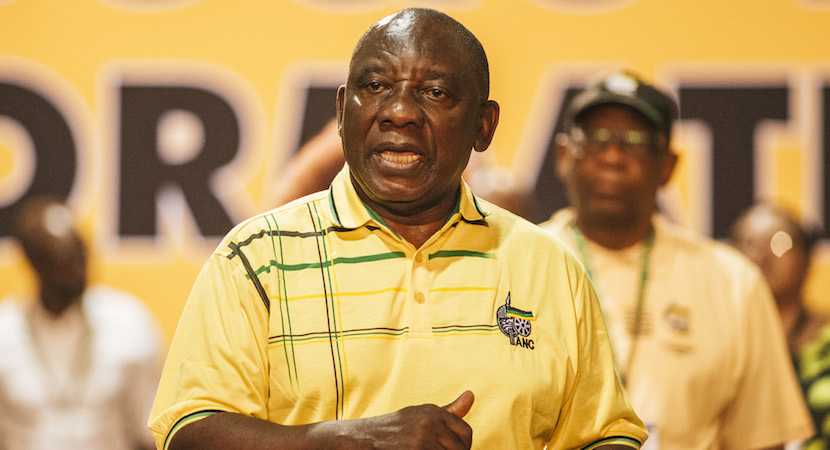 Cyril Ramaphosa Foundation is aware of a radio interview with Dr James Motlatsi, one of the Foundation’s Trustees, on 24 June 2019. The interview was a response to recent media reports about a purported investigation by the Public Protector into alleged money laundering activities. In the interview, Dr Motlatsi referred to the possibility that the Foundation may have funded part of the CR17 campaign to elect President Cyril Ramaphosa as ANC President.

For the record, the Foundation made no financial contribution to the CR17 campaign. The Foundation has no political mandate and does not fund political activities.

Speaking on behalf of the Foundation its Chief Executive Officer, Mmabatho Maboya says, “Dr Motlatsi is a respected member of the team but he is not involved with the day-to-day operations of the organisation. The suggestion that the Foundation contributed funds to the campaign is incorrect. It is unfortunate if such an impression was created.”

The Foundation, established in 2004 as Shanduka Foundation, is an independent public benefit organisation that aims to improve the lives of South Africans by creating opportunities through education and enterprise development. The Foundation strives to be financially sustainable and has different donors and funding streams to fulfil its mandate.

At its establishment, its Founder, President Cyril Ramaphosa, allocated 5% of his shareholding in Shanduka Group to the Foundation. In addition, he donated some of his shares held in other companies upon becoming Deputy President. He continues to donate to the Foundation to support its education initiatives and has contributed significant amounts of funds.

Over the years, the Foundation has benefited over one million beneficiaries and has had the following impact across its partner entities:

“We are very proud of our track record. Over the past 15 years, our work has been made possible by the generosity of the many partners that believe in our mandate.”