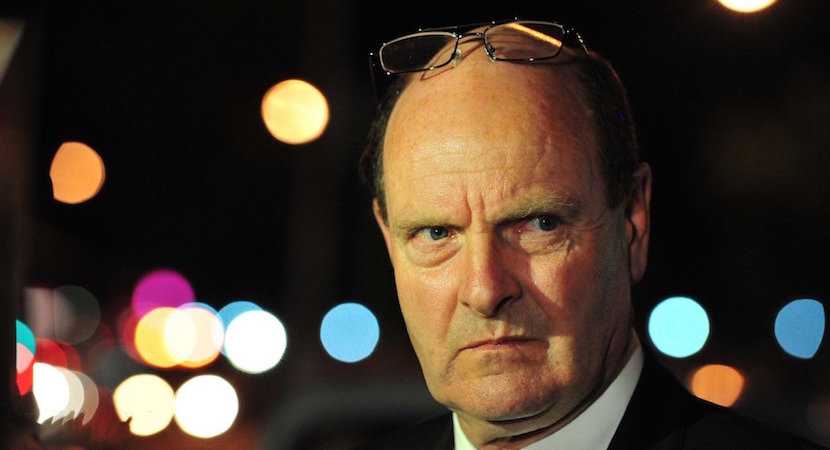 South Africa’s ace forensic investigator Paul O’Sullivan has re-entered the fray after the country’s Public Protector issued a report accusing president Cyril Ramaphosa of misleading parliament. O’Sullivan takes us through the steps he took when called in to investigate whether the president, and his first born Andile, are guilty of what they are being accused of. He spoke to me on Rational Radio. – Alec Hogg

The giant of corruption fighters in South Africa. Paul O’Sullivan joins us now. Hey Paul how you doing?

I need some context please Paul… and so does the rest of the Biznews community. You did an investigation into the whole Bosasa story. You came out with headlines on Biznews to say that Ramaphosa was innocent. There was nothing really that was a problem and you investigated quite thoroughly. Now the Public Protector, who you’ve also been crossing swords with in a different context, is making headlines – at least in Iqbal Survé’s newspapers, about Cyril’s guilt etc . What’s going on here?

It’s hard to say and I haven’t seen the notice that’s apparently been issued. I’m satisfied that Cyril acted in good faith. He, during 2017 as you know, ran for president of the ANC and there was a campaign put together which was called CR17. That campaign was involved in fund raising because they had to put on meetings and go from A to B, and so on and so forth.

Also read: Paul O’Sullivan: ‘Cyril Ramaphosa and his son are NOT corrupt’

In order to raise funds, a number of people acted on a voluntary basis to help raise funds. Those people went out and raised funds. Cyril never saw the money, he never controlled the bank account. A trust account was set up with a law firm and people that wanted to contribute were asked to contribute into that law firm’s trust account.

Now a payment of R500,000 was made into that law firm’s trust account. The payment wasn’t made by Bosasa. If you go into the forensics for justice website the documents are there. What they in fact did was they paid the money to another company first and then the money was paid from that company into the trust account at the law firm, ostensibly laundering the money. Then what happened, as you are probably aware, Angelo Agrizzi made a lot of revelations. Now some of those revelations were reduced to writing as late as 2017. Angelo Agrizzi approached forensics for justice, I think in October 2017 that he wanted to come clean and tell the whole story. We had several meetings with him and he gave us all these sworn affidavits. We never got the original sworn affidavits. We only had copies of those from an accountant who worked for, or had previously worked at Bosasa and had left. That accountant produced an affidavit where he says he was instructed to take R500,000 to the Andile Ramaphosa foundation. Well, there is no Andile Ramaphosa Foundation. We obviously were carrying out quite an extensive investigation into the conduct of Bosasa and we placed these sworn affidavits in front of the Special Investigation Unit and in front of the Hawks. We opened a criminal docket in I think July or August 2018 against the Watson family and also against an MP by the name of Vincent Smith.

And because of my knowledge of what was going on in the bigger picture, I decided to copy and paste a portion – just a single portion in fact, not even indicating who’d signed the affidavit or anything.

Paul… why is the Public Protector still going on about it. Where does that all come from?

And the DA laid a formal complaint because they managed to get hold of that affidavit and they waved the affidavit around in parliament. It was a bit of grandstanding politicking I call it and they stood up and waved it around and said; ‘what about the R500,000 that your son got from Bosasa’. So at that stage I thought the money, the R500,000 have been paid to Andile Ramaphosa, which is Cyril’s son. Cyril obviously without having knowledge of what he was talking about, immediately replied in open parliament and said No – my son has a contract with Bosasa, and that arrangement is between my son and Bosasa. After Parliament had finished that day, Cyril was approached by a special adviser and said Cyril, actually that R500,000, we have traced it and that money was made as a donation through a third party company to the CR17 campaign.

So there was a lot of red herrings around it but the money went into the campaign. Did they give the money back?

But what Cyril did, more importantly when he realised that he’d made a mistake… The problem is he wasn’t going back into Parliament. He was flying up to I think it was Addis Ababa and he wouldn’t be in the country. But he decided Parliament couldn’t wait for him to explain that he’d made a genuine mistake and therefore had inadvertently told Parliament that this R500,000 – I think he might have said something like my son claimed he never got the money as well, I can’t remember the full story. But what he did was he drafted a letter which was read out by the speaker at the parliament where he stated that he unwittingly misinformed parliament and he now wants to set the record straight. And that letter is a public record now it’s been published and he explained that the money had been paid to the CR17 campaign and that they intended to pay the money back.

Subsequent to that the DA laid a complaint with the Public Protector, alleging that he had wilfully misled Parliament and therefore was breaching the rules of Parliament.

I am absolutely satisfied that Cyril did not knowingly and intentionally mislead Parliament. As soon as he found out what the true state of affairs was, he issued a letter. He couldn’t read it out himself because he wasn’t in the country and he took a decision rather than wait till he’s back in the country and standing in Parliament, he decided the best thing to do was to issue the letter to the speaker to read it out to Parliament and that’s what happened. And the rest as they say is history. Subsequently to that, we had further meetings with Andile Ramaphosa and we advised him to cancel the arrangement with Bosasa and walk away, which is what he did.