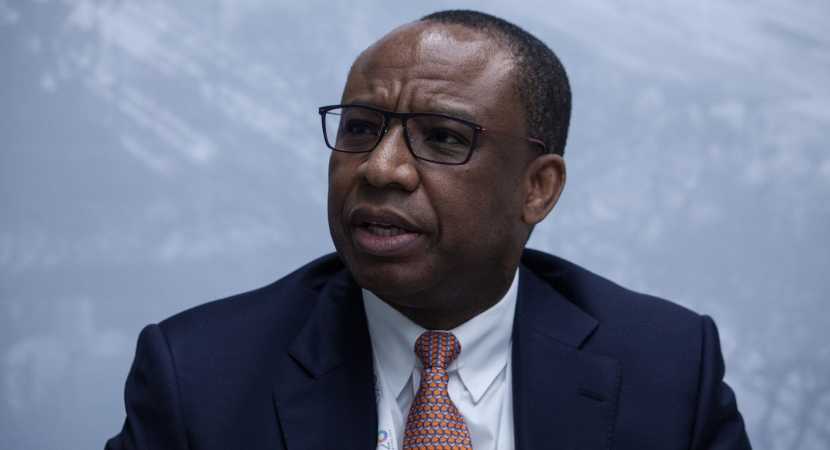 (Bloomberg) — South African Reserve Bank Deputy Governor Daniel Mminele will step down when his term ends Sunday, fueling speculation he is poised to take the top job at the country’s third-largest lender.

Mminele, 54, will be the second deputy governor to leave the central bank in six months after Francois Groepe’s surprise resignation in January. His departure takes the Monetary Policy Committee back to five members after Chris Loewald joined the panel this month, while Kuben Naidoo is the last remaining deputy governor.

Mminele’s departure comes as Absa Group Ltd. looks to replace ex-chief executive officer Maria Ramos, who left the Johannesburg-based lender three months ago after a decade at the helm. Mminele is one of a select number of candidates for the job, people familiar with the matter told Bloomberg in February. Absa has said a permanent CEO will take the role next year, while Mminele will need to serve out a six-month cooling off period.

Mminele, who has been at the central bank since 1999 and served two five-year terms as deputy governor, has told President Cyril Ramaphosa that he won’t be available to remain in his position, the Reserve Bank said in a statement on Thursday, without providing information about his future plans. He is responsible for financial markets and international-economic relations.

Mminele didn’t immediately respond to a request for comment, while Absa declined to comment. Ramos has been replaced on an interim basis by René van Wyk, a former colleague of Mminele’s at the Reserve Bank.

“Mminele does have banking experience, but I think the knowledge required to run Absa pertains to retail banking specifically,” said Nolwandle Mthombeni, an analyst at Mergence Investment Managers in Cape Town. “The problem with Absa is largely related to turning around the retail business. The right kind of candidate for that role is someone who can help them win back clients” even though he would be able to help on regulatory issues, she said.

Absa is trying to win back market share it lost while Barclays Plc was its controlling shareholder, a relationship that ended in 2017. The stock has underperformed all five of its peers in the FTSE/JSE Africa Banks Index since the London-based lender bought Absa in 2005. Before her departure, Ramos strengthened the executive management teams at both its main retail division and the corporate and investment-banking business.

The father of two was educated in Germany and at the London Guildhall University before stints at African Merchant Bank Ltd. and Commerzbank AG, where he was a customer-relations manager in corporate banking and based in Johannesburg.

He was seen as one of the favorites to succeed Gill Marcus as head of the central bank in 2014, a job that went to Lesetja Kganyago. If appointed by Absa, he would be the lender’s first black CEO. Mminele, born in the town of Phalaborwa, which borders the Kruger National Park in South Africa’s Limpopo province, can speak English, German and Sepedi.

The Reserve Bank governor and three deputies are appointed by the leader of the country for a fixed five-year term. While Ramaphosa met with the central bank’s board, Kganyago and the deputy finance minister two weeks ago to discuss vacancies in the executive leadership, the presidency has not yet made an announcement about replacements for Groepe and Mminele.

Mminele’s “exit from the institution is a great loss of institutional knowledge and leadership,” said Peter Attard Montalto, the head of capital markets research at Intellidex. “He was a solid hawk throughout his period on the MPC and a lodestar of monetary policy with his consistency. He was highly respected by investors and banks throughout his tenure.”