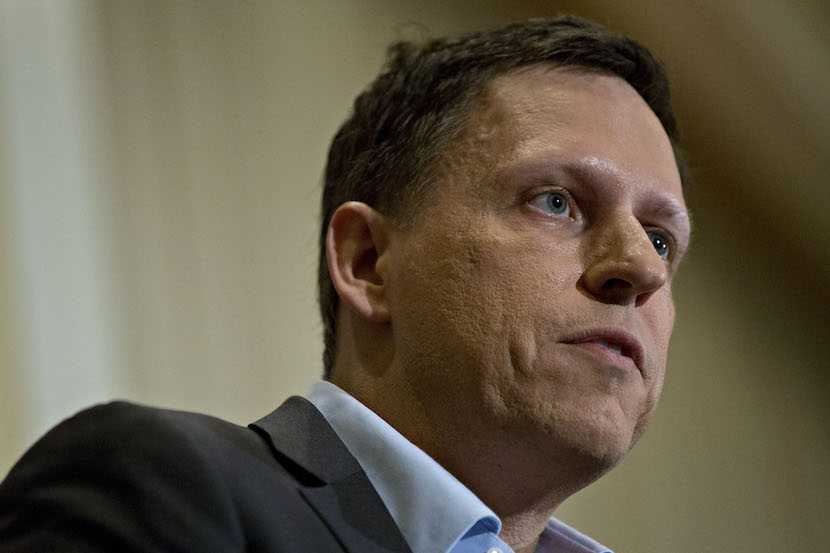 (Bloomberg) – Peter Thiel, one of President Donald Trump’s top Silicon Valley supporters and donors, took aim at Google and the tech industry over the companies’ focus on global markets while brushing aside US interests.

In a speech Sunday in Washington, the billionaire singled out Google for agreeing to work closely with China, trying to get its search engine back into the country, while deciding to let lapse a US Defense Department contract that gave the military access to its artificial intelligence tools.Thiel, a Facebook Inc. board member, argued that the kind of AI developed by DeepMind, which like Google is a subsidiary of Alphabet Inc., should be thought of as a potential “military weapon.” “We’ve been a lot more dishonest about that in Silicon Valley than the nuclear physicists were in the 1940s,” he said in the opening speech at the National Conservatism conference.

He then suggested Google’s actions were “seemingly treasonous,” asking whether DeepMind or Google senior management had been “infiltrated” by foreign intelligence agencies. “These questions need to be asked by the FBI and the CIA,” Thiel said, “And I’d like them to be asked in a not excessively gentle manner.”

“Billionaire Tech Investor Peter Thiel believes Google should be investigated for treason. He accuses Google of working with the Chinese Government.” @foxandfriends A great and brilliant guy who knows this subject better than anyone! The Trump Administration will take a look!

A spokesman for Google said the company doesn’t work with the Chinese military but declined to comment further.

Thiel was a featured speaker at the gathering Sunday, where many of the attendees are enthusiastic supporters of Trump. Thiel’s endorsement of the New York developer at the 2016 Republican National Convention – and donation of $1.25m – helped give Trump a measure of Silicon Valley credibility at the time.

During the speech, Thiel praised Trump’s foreign policy, in particular his trade efforts in China, which he termed a “signature achievement” of the administration. Thiel suggested the 25% tariff on Chinese goods should be thought of “as a floor and not a ceiling.” He also proposed reforms in higher education, including investigations into student lending practices and ending the nonprofit tax-exempt status of elite universities, singling out Harvard University.

Thiel didn’t endorse calls by Democratic Senator Elizabeth Warren, a 2020 candidate to replace Trump, and others to break up tech giants like Google and Facebook. He said Warren’s success raising money from Google employees was evidence of an underlying problem.

“Silicon Valley,” he said, “is getting a little bit of a bad conscience.”

Facebook faces a record $5bn settlement with the US to end a privacy case involving Cambridge Analytica, a consulting firm hired by Trump’s campaign that got user data from a researcher who created a personality quiz app on Facebook’s social network. Facebook had had a series of mishaps that compromised users’ data.

Thiel spoke at the first iteration of a Washington conference conceived as a look at the importance of nationalism. Speeches in coming days will include “The Nationalist Awakening” and “American Greatness and Immigration: the Case for Low and Slow.” John Bolton, Trump’s national security adviser, will also speak.

“We see nationalism as integral to the rise of conservatism,” said Yoram Hazony, an Israeli philosopher and the chairman of the Edmund Burke Foundation, which organised the event.

Though the program for the two and a half-day conference isn’t focused on tech, Hazony said he expects that risks posed by companies like Google and Facebook will be a common theme.

The final featured speaker, on Tuesday, is Missouri Senator Josh Hawley, a Republican who has proposed reforming Section 230 of the 1996 Communications Decency Act, which allows big tech companies to avoid being held liable for content posted on their platforms.

“Facebook and Google are good examples of what we’re talking about,” Hazony said in an interview on Sunday. “These are spectacularly impressive entrepreneurs, but you need to ask if Americans are better off with [Google and Facebook] single-handedly determining what should be censored?”