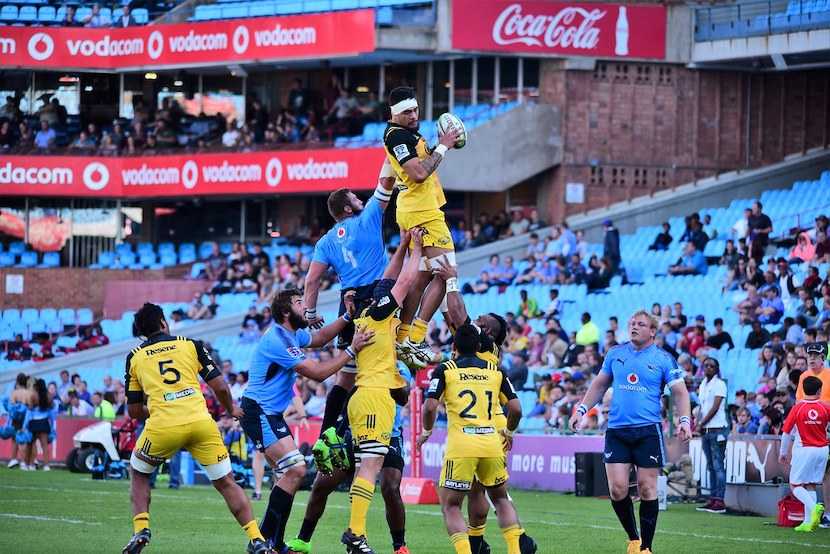 (Bloomberg) – With South Africa having all but secured a place in the quarter-finals of the Rugby World Cup in Japan (The Springboks beat Canada earlier to confirm a quarterfinal spot), two of the sports-mad country’s richest people may buy the Blue Bulls rugby team, which regularly provides more than its fair share of players to the national side.The Blue Bulls Rugby Union has received a joint offer from Remgro, the investment company of Johann Rupert, and African Rainbow Capital Investments, which is backed by Patrice Motsepe, Johannesburg-based Rapport reported, citing the union’s president, Willem Strauss. Remgro already owns half of the Blue Bulls Co. together with the Blue Bulls Rugby Union.

The deal will see Remgro reducing its share to 37.45% and Motsepe’s ARC taking up 37.45%, giving the two businessmen a controlling stake in the Pretoria-based side, the newspaper reported, without saying where it got the information. Motsepe, the country’s richest black person and a brother-in-law of President Cyril Ramaphosa, also owns Mamelodi Sundowns, a top soccer team in the country’s premier league. Rupert is South Africa’s second-richest person, with a net worth of $6.5 billion, according the Bloomberg Billionaires Index.

The Blue Bulls is South Africa’s only multiple winner of the prestigious Super Rugby competition, which includes regional teams from New Zealand, Australia and Argentina. But it has struggled in recent years with players leaving for overseas clubs who pay more.