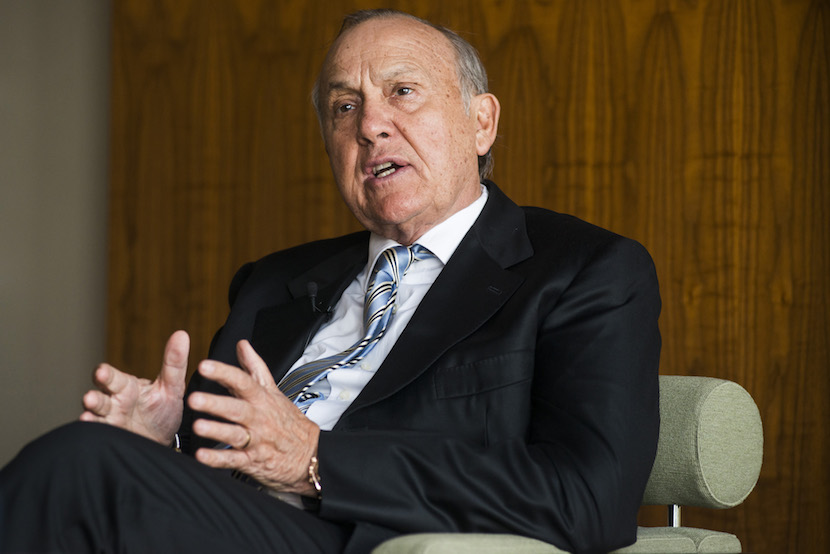 (Bloomberg) – Shoprite Holdings reappointed Christo Wiese as chairman even after ordinary shareholders resoundingly voted against his re-election as a non-executive director.

Holders of more than 61% of the shares opposed his reappointment, Africa’s biggest grocer said Monday after its annual general meeting in Cape Town. The former billionaire only secured another term thanks to his own superior voting rights.

“We discussed succession planning in the context of the chairman and that process is underway,” Shirley Zinn, Shoprite lead independent director, said by phone.

Wiese, 78, has been Shoprite chairman for almost three decades, yet has been caught up in wider investor criticism of the company. He’s held his extra voting shares for more than 40 years, part of a type of founder’s benefit.

“You don’t just parachute people in,” Wiese said in an interview after the meeting.

Shoprite attempted to curb Wiese’s voting power earlier this year with the chairman’s support, but was forced to scrap the plan after investors objected to the likely R3.3bn ($224m) compensation cost. The grocer has also faced shareholder opposition to its executive pay and held extra meetings to discuss the policy.

The rebellion against Wiese came after Shoprite reported an improvement in South Africa sales, while struggling in markets elsewhere on the continent. The grocer has started a review of supermarket operations outside its home country and said it would consider exiting certain countries if that would help reverse regional declines.

“We are not scared to take the hard decisions,” Chief Executive Officer Pieter Engelbrecht told investors at the Monday meeting. Other measures, including cost reductions, are underway, he said.

The shares gained as much as 3.4% early Tuesday in Johannesburg. They had lost 29% this year before today.