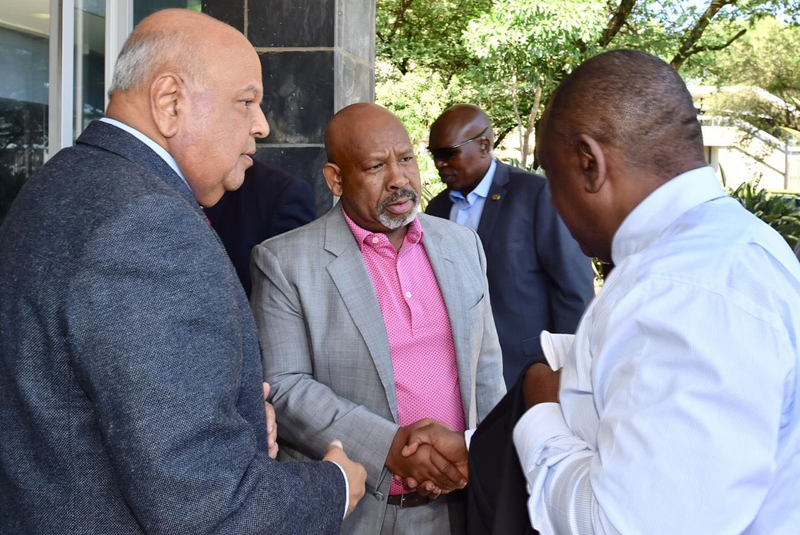 Power cuts, known locally as loadshedding, should be limited to 2,000 megawatts on Wednesday – down from a peak of 6,000 megawatts on Monday – and are expected to end next week. The outages temporarily interrupted production at several mines, disrupted mobile-phone services and weighed on the rand.

“As the generating plant continues to perform at low levels of reliability, any unexpected shift, such as an increase in unplanned breakdowns, could result in a change in the loadshedding stage at short notice,” Eskom said in an emailed statement. “We continue to ask customers to reduce demand.”

The rand gained for the first day in three, advancing 0.4% to 14.7345 per dollar by 3:56pm in Johannesburg. Eskom, which supplies 95% of the power used in Africa’s most industrialised economy, has struggled to meet demand since 2005, due to its failure to properly maintain ageing plants and invest in new ones. The latest round of outages was caused by simultaneous breakdowns at several facilities and exacerbated by heavy rains that caused flooding and soaked coal stockpiles.

Ramaphosa cut short a trip to Egypt to deal with the crisis, and was briefed by Eskom’s management on Wednesday on what it is doing to address the supply deficit.

“We have been assured by the management that they are going to stabilise the system” and that there will be no power cuts from December 17 until at least January 13, Ramaphosa told reporters in Johannesburg. “It will not be a dark Christmas.”

Besides plant problems and maintenance backlogs, Eskom had to contend with sabotage that caused boilers to trip and took 2,000 megawatts of installed capacity offline, according to the president. Leave for all Eskom managers has been canceled, and they’ve been instructed to be more proactive in anticipating problems, he said.

The economy contracted an annualised 0.6% in the third quarter. A failure to speedily address the energy crunch will raise the risk of the economy slipping into recession.

The South African Chamber of Commerce and Industry, the country’s largest business group, said the effect of the outages was devastating.

“We have received many complaints from businesses in the retail and other manufacturing sectors not being able to fulfill production schedules on sales orders during this critical period,” the chamber said. “The government’s promised plans in revitalising the economy by building infrastructure and driving policies for industrialisation will now come into question as energy is the biggest enabler for any of these plans to come to fruition.”

Ramaphosa said the country needed to be able to produce 5,000 megawatts of additional power and options were being explored to secure it, including utilising floating generators. The government has also received a number of proposals from companies that want to generate their own power and those would be discussed at a cabinet meeting on Friday, he said.

“This time around, we have reached a stage where we will be able to have a new path in relation to our energy generation,” Ramaphosa said. “We have been pretty open, pretty upfront about the challenges Eskom faces.”