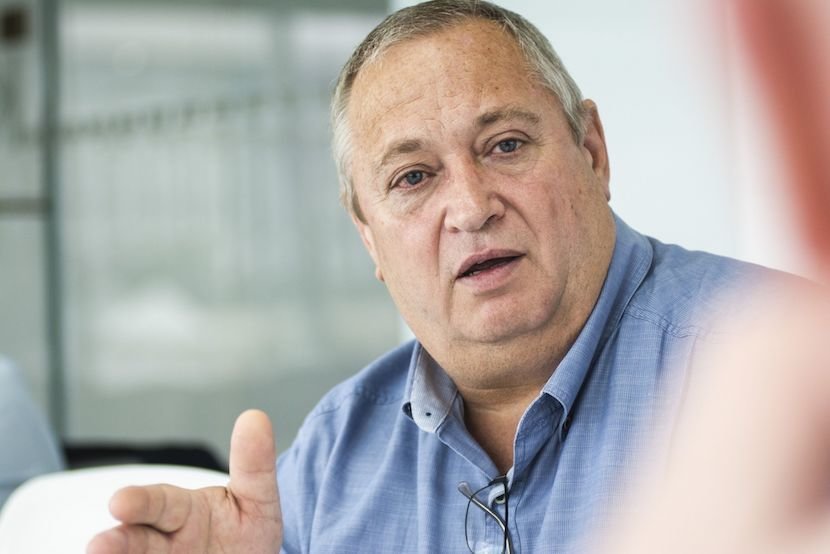 (Bloomberg) – Sibanye-Stillwater, the world’s top platinum miner, is hoping to buy a North American gold producer for as much as $5bn in the next six to nine months.

The Johannesburg-based producer is assessing a number of opportunities and while there are no advanced discussions underway, Sibanye is undertaking a “lot of desktop work”, Chief Executive Officer Neal Froneman said in an interview with Bloomberg TV at the BMO Global Metals & Mining Conference in Florida.

“In terms of time scale, six to nine months we will pull the trigger,” Froneman said on Monday. “Absolutely yes, we are looking at various assets, we have a number of opportunities. There is still a lot of work to do, but entering into discussions, doing a due diligence and getting all the financing in place is probably a six-month process.”

Sibanye’s current portfolio is underweight gold, Froneman said in an earlier interview. The miner could be in a position to add more gold assets once it resumes dividend payouts and cuts debt. It’s also weighing moving its primary listing from Johannesburg, said Froneman, a South African mining veteran dubbed “Mr. Fix-It” for his turnaround successes in the 1990s.

“If you’re going to move the needle, you have to look at four, or five, billion dollar acquisitions,” Froneman said in the earlier interview on Sunday.

Sibanye is likely to target North America-based gold producers with assets inside and outside of North America, and may in the future consider adding battery metals, he said. The producer is also focused on plans to resume dividend payments this year and on bolstering its balance sheet.

Along with competitors such as Anglo American Platinum, Sibanye is benefiting from a sharp rally in prices of palladium and rhodium, and said earlier this month it had rebounded to a profit in 2019 after posting a loss a year earlier. Stricter air-quality standards, including in China, are spurring more demand for the metals, which are used to curb vehicle emissions. 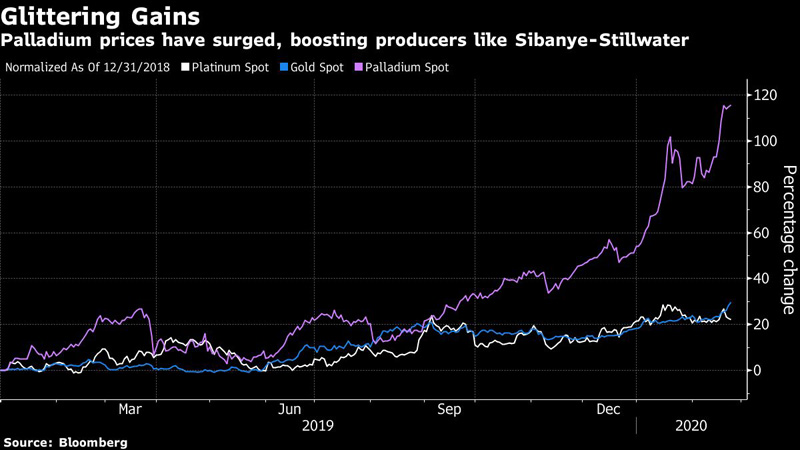 While there’s no indication that prices of palladium are in a bubble, the industry is likely to see customers substitute the material for platinum, Froneman said. “You might see palladium come back a bit,” he said. “You’ll certainly see platinum increase.”

As platinum metals rally, Sibanye could in the next six to nine months be sitting on a lot of cash “barring any major global economic upsets,” the CEO said.

New York, Toronto or London are possible target locations as Sibanye pursues plans to move its main stock exchange listing outside of South Africa. “The work we’ve done so far suggests that New York is the better point for a company like ourselves,” Froneman said.

Sibanye shares slumped as much as 12% in Johannesburg. The stock has almost tripled over the past 12 months.

South Africa currently isn’t an investor-friendly destination and reforms by President Cyril Ramaphosa’s government have been too slow, according to the executive.