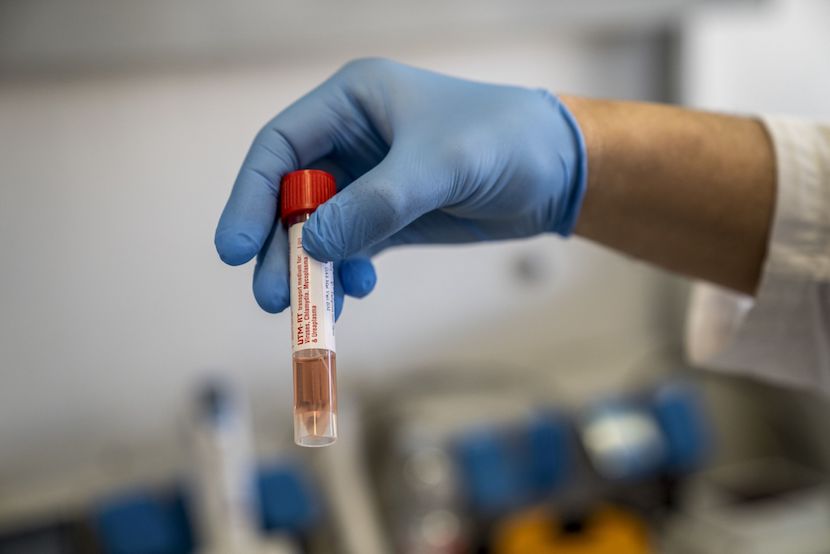 UPDATE: The number of people that tested positive rose to 116 on Wednesday from 85 the day before, and 14 of those hadn’t traveled outside the country, the Department of Health said in an emailed statement. Six children under the age of six have been diagnosed with the disease.

By Mike Cohen and Janice Kew

(Bloomberg) – South Africa stepped up travel bans as the coronavirus continued to spread at an alarming pace and the country confirmed its first instances of local transmission.

The number of people infected rose to 85 on Tuesday from 62 the day before, and eight of those hadn’t traveled outside the country, the Department of Health said in an emailed statement. Four children under the age of six were diagnosed with the disease.

The department also said it would begin releasing virus-test results conducted by private laboratories as soon as they were available, rather than wait for confirmation by the National Institute for Communicable Diseases. The decision was taken to improve transparency, and the public would be informed should the institute produce contrary results, it said.

President Cyril Ramaphosa declared the virus a national disaster on Sunday and imposed travel bans on people who’d visited eight of the hardest-hit nations – the US, the UK, China, Spain, Italy, Iran, South Korea and Germany. The restriction was extended to Switzerland and France on Tuesday.

“No applications for visas by foreign travellers from high-risk countries will be approved,” the International Relations & Cooperation Department said in an e-mailed statement. “Visas already issued are revoked with immediate effect for travellers that have not yet entered South Africa.”

Ramaphosa has also shut schools and 35 of the nation’s land ports, and banned public gatherings of more than 100 people. The government has said it will consider imposing a state of emergency if those restrictions don’t have the desired effect.

South Africa’s total number of cases is the highest in sub-Saharan Africa, where almost 200 infections have been confirmed. The province of Gauteng, the nation’s economic heartland, has the highest case-count with 44 so far, according to Health Ministry data.

SA Express, a state-owned airline, said it would suspend operations until further notice from Wednesday due to “adverse recent developments,” including the impact of the coronavirus. All passengers will be accommodated on alternative flights, while all non-critical staff would be placed on compulsory leave, it said in an emailed statement.