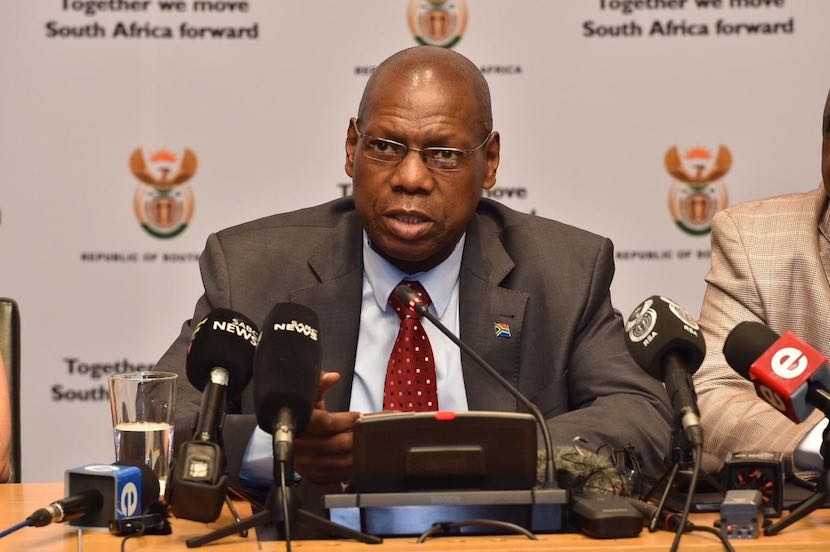 By Thomas Mulier and Janice Kew

(Bloomberg) – South Africa plans to ramp up its capacity to test for cases of coronavirus, which is expected to infect as many as 70% of the nation’s inhabitants over time, Health Minister Zweli Mkhize said.

President Cyril Ramaphosa declared the virus a national disaster on Sunday, closing some borders and imposing travel bans on people who recently visited the nations that have been hard-hit by the disease, such as Italy and Iran. There have been 150 confirmed cases of the illness so far — a number that’s expected to climb to more than 200 tomorrow, Mkhize Thursday said at a briefing in Pretoria, the capital.

South Africa expects to be able to test 30,000 people per day by mid-April, compared with 5,000 currently, he said.

“We are looking at how to increase the testing capabilities so that we can test as many people as possible,” Mkhize said. “We are now in battle. This enemy is rapidly spreading.”

The case-count in South Africa is the highest in sub-Saharan Africa. The country should prepare for a “difficult” three or four months ahead, Angelique Coetzee, the chairwoman of the South African Medical Association said at the briefing.

“We are still not in, as people like to call it, the eye of the storm, but we are moving into it,” she said. “We are not there yet. It’s not going to be easy.”

Like South Africa, more than 20 other African countries this week imposed travel bans or shut their borders altogether, and many have closed schools and banned large gatherings, including religious festivals.

“It’s wise to put these measures in place,” Matshidiso Moeti, the World Health Organization’s regional director for Africa, said at a phone briefing Thursday. “The earlier, the better.”

The Africa Centres for Disease Control and Prevention said earlier it will have rolled out 60,000 test kits for the virus to 43 countries by Monday. The continent has so far reported 16 deaths, mainly in Egypt and Algeria, among 640 confirmed cases in 34 countries, according to the Ethiopia-based agency’s deputy director, Ahmed Ogwell.

Africa has undetected cases of coronavirus, but probably not a large number, Moeti said.

“It’s an advantage” that Africa has experience dealing with infectious-disease outbreaks, she said. Some of the region’s work to contain Covid-19 is based on community platforms used to fight Ebola.