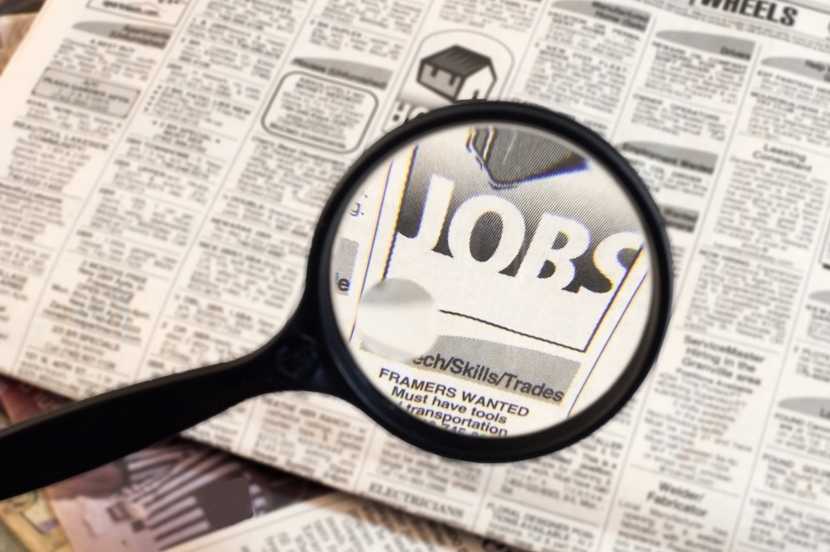 US weekly jobless claims rose to a massive 3.3 million, with nothing close to this ever occurring in the past. Expect a big increase in the US unemployment rate, with the debate focusing on “will this be sustained?”.

US weekly jobless claims rose to a massive 3.282 million. This compares with 282,000 new claims last week and a market expectation for an increase of 1.7 million. The weekly jobless claims are seasonally adjusted. If you ignore the seasonal adjustment then the actual weekly increase was 2.9 million, which is still massive. Within the historical data series (see chart attached) there is nothing that comes close to matching this magnitude of increase.

Besides the shock of the data, it is impressive that the US unemployment system could cope with an increase of 3 million applications in just one week. It also suggests that next week there will be another large increase, as some of the backlog in claims is dealt with. 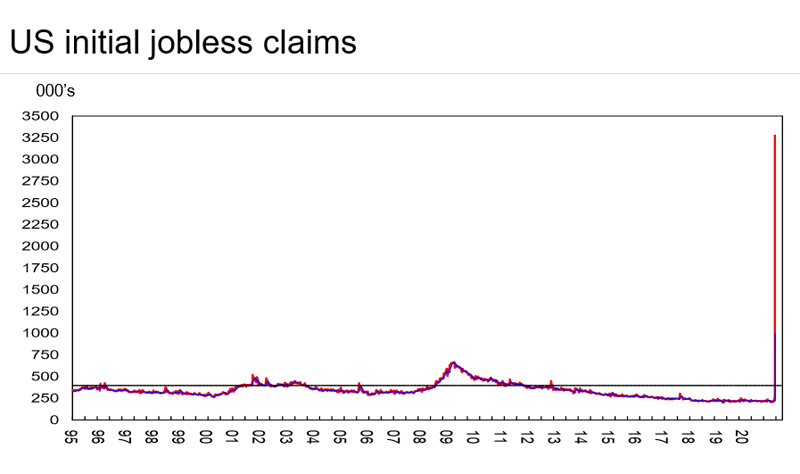 In general, there is a very good relationship between weekly jobless claims and the monthly change in non-farm payrolls. Historically, a weekly jobless claims number above 400 ,000 a week would be a clear signal that the number of people employed is declining. In other words, a rise of 3.2 million claims points to a very significant deterioration in the US unemployment rate – possible to around 6% to 7% based just on these weekly claims.

(Bloomberg) – The magnitude of the economic devastation being wrought by the coronavirus pandemic was laid bare on Thursday when the US government reported an unprecedented surge in the number of people seeking jobless benefits.

A total of 3.28 million people filed for unemployment insurance in the week ended March 21, dwarfing previous highs in Labor Department reports published since 1967. Two weeks earlier, before closures of businesses swept across vast swaths of the country, the number stood at 211,000, close to a half-century low.

“This shows the severity of the downturn, and the speed of it,” said Michelle Meyer, head of US economics at Bank of America. “It speaks to the unusual nature of this recession – it is an abrupt plunge into recession versus prior downturns, where the shock has time to multiply. We could have very high numbers continue for the next few weeks.”

Economists’ projections for the figure ranged as high as 4.4 million. Before adjusting for seasonal fluctuations, initial filings were at just under 3 million.

US stocks rallied Thursday at the open, though they’re still down more than 25% from a record high in February.

Claims increased in all 50 states and the District of Columbia, with nine states reporting jumps of at least 100,000 from the prior week, unadjusted state data showed.

“The deterioration in claims to date already implies an unemployment rate approaching 5.5% in April, and there is no reason to believe this is the peak. The volume of applications overwhelming state administrative offices suggests additional million-plus weeks for initial claims may lay ahead.” – Eliza Winger, Carl Riccadonna and Yelena Shulyatyeva

US lawmakers are aiming to boost benefits for those laid off. As part of a $2trn stimulus package waiting to be approved by the House of Representatives, unemployment insurance would be extended and expanded.

The sharp rise in claims signals the unemployment rate could rise several percentage points in coming months, after matching a 50-year low of 3.5% in February, which reflected 5.8 million unemployed Americans.

The sudden stop of the nation’s economy paired with a consumer retrenchment have several economists predicting gross domestic product will shrink in the second quarter by the most in quarterly records dating back to 1947.