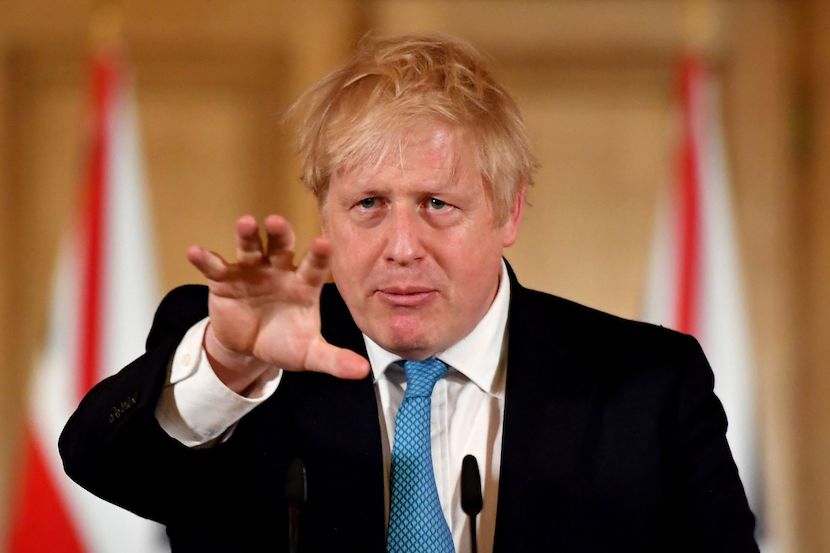 (Bloomberg) – The UK is facing a leadership crisis as it heads into the peak of the coronavirus pandemic, with Boris Johnson in intensive care and his government under pressure to get a grip on the outbreak.

The 55-year-old prime minister was taken to the hospital on Sunday night for routine tests after struggling to shake off Covid-19, but his condition worsened during Monday afternoon. The pound fell after the government announced he had been moved to the facility for the most seriously ill patients.

Johnson was receiving oxygen treatment at St Thomas’ Hospital in London to help his breathing, but was conscious and not on a ventilator, officials said. The prime minister has not been intubated and received less oxygen than normally required by patients in intensive care, The Times of London reported, citing sources at the hospital.

There was no change to his condition overnight, according to a person with knowledge of the matter. Foreign Secretary Dominic Raab is now deputising for Johnson.

“There’s an incredibly strong team spirit behind the prime minister – and making sure that we get all of the plans the prime minister’s instructed us to deliver, to get them implemented as soon as possible,” Raab said in a pooled television interview on Monday.

Another quick update from me on our campaign against #coronavirus.

You are saving lives by staying at home, so I urge you to stick with it this weekend, even if we do have some fine weather.#StayHomeSaveLives pic.twitter.com/4GHmJhxXQ0

The prime minister’s deteriorating health intensifies the difficulties facing the country as it prepares for cases to climb over the next 10 days. More than 5,000 people have died in the UK from the virus, and the nation remains in lockdown while the health service attempts to fill shortages of workers and vital medical kits, such as ventilators and protective masks.

Raab and the rest of the Cabinet face a series of key decisions in the days ahead – on the process for easing the national lockdown, and whether restrictions on people’s movements should be lifted, extended or tightened even further.

Wishing Prime Minister @BorisJohnson a full and speedy recovery, and sending our support to him and to the people of the United Kingdom. We are going through a most challenging period but we shall overcome. Our thoughts are with him and his loved ones at this time.

It’s an extraordinary turn of events for Johnson. Just over two months ago, he was at the peak of his powers, celebrating Britain’s departure from the European Union after scoring an emphatic election victory.

US President Donald Trump, a supporter of Johnson, said at a press briefing that he’d told pharmaceutical companies to get in touch with London to offer help. Trump cited “rather complex” therapeutic treatments for the virus with “really incredible results,” but didn’t specify them.

“When you get brought into intensive care, that gets very, very serious with this particular disease,” Trump said.

With Johnson out of action, the untested Raab will now need to get a grip on the government machine and coordinate the pandemic response. Britain’s strategy for defeating coronavirus has already come under strain, with ministers accepting they had not done enough to test people for infections.

Johnson himself was criticised by medical experts and members of his own Conservative Party for failing to act quickly enough to close schools and ban public gatherings.

There have been divisions among Johnson’s officials during his period of isolation already, a situation that risks getting worse with Raab, who was a leadership rival to Johnson last year, now in charge. Cabinet ministers Michael Gove and Matt Hancock also stood Johnson for the leadership and are now in lead roles in the virus strategy.

On Tuesday, Cabinet Office Minister Gove told the BBC the government was working “in a team way” and taking decisions “completely by consensus,” as Raab chairs key meetings. “Physically, Boris is full of life and fit – he is a keen tennis player and runner and he’s a man of great zest and appetite for life,” Gove told LBC radio later. “We hope and pray that he enjoys a quick recovery.”

Johnson revealed on March 27 that he had tested positive for coronavirus and was going into isolation in his Downing Street apartment. His meals and official papers were left outside his door, but he continued to chair daily crisis meetings via video link.

The premier recorded several “selfie” video messages for social media in recent days in which he insisted he was doing well and remained in charge. At times, though, he appeared short of breath and visibly unwell.

Throughout the day on Monday, Johnson’s officials said the prime minister remained in control of the government and was continuing to keep in touch with his team. He was “in good spirits” on Monday morning after a “comfortable” night, despite a cough and a fever, officials said.

Yet Johnson’s team gave few details when asked what had changed. Reporters raised questions over how seriously ill Johnson was after Raab disclosed that the pair had not spoken since Saturday.

Johnson’s fiancee, Carrie Symonds, who is pregnant, also had symptoms of the virus and had been isolating.