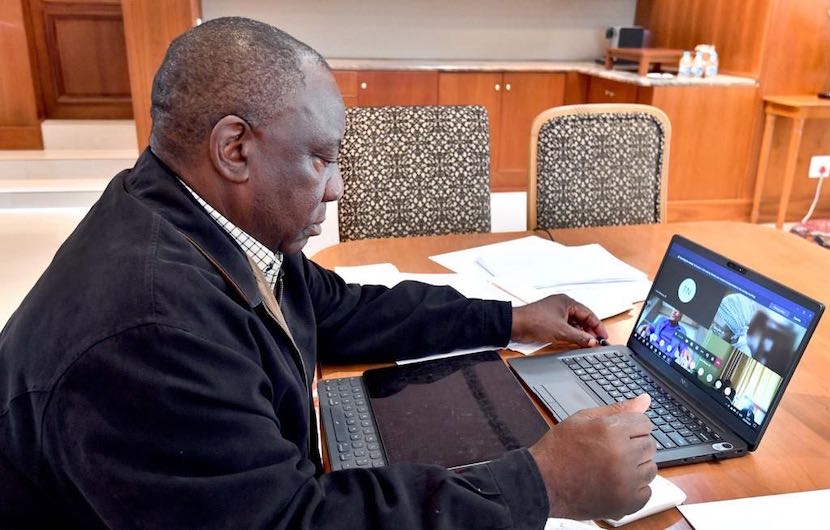 Many countries around the world have imposed coronavirus lockdowns with a view to saving the lives of their citizens. We have done the same in our country, but our lockdown has revealed a very sad fault line in our society that reveals how grinding poverty, inequality and unemployment is tearing the fabric of our communities apart.

There can be no greater anguish than that of a parent whose children cry out to them for food, but they have none to give.

There can be no greater injustice than a society where some live in comfort and plenty, while others struggle at the margins to survive with little or nothing at all.

Yes, these are the residual effects of a fractured and unequal past. But they are also a symptom of a fundamental failing in our post-apartheid society. The nationwide lockdown in response to the coronavirus has gravely exacerbated a long-standing problem.

Over the past three weeks, we have been confronted with distressing images of desperate people clamouring for food parcels at distribution centres and of community protests against food shortages.

We have also had to contend with allegations both disturbing and disgusting. A number of provinces have received reports that callous individuals, some of them allegedly government officials, are hoarding or selling food parcels earmarked for the needy and destitute, or diverting them to their friends and families.

If there is found to be substance to these allegations we will deal with the individuals concerned harshly.

With the declaration of a national state of disaster and the imposition of a nationwide lockdown we entered uncharted waters. South Africa has never had to deal with a public health emergency of this magnitude.

We had to act quickly to save lives. And we must acknowledge that in the days and weeks that have followed, the provision of support to our country’s most vulnerable citizens has been slower than required, and that lapses have occurred.

However, the payment of social grants has proceeded relatively smoothly, and after a number of technical challenges, the food distribution system is being streamlined.

Imposing a nationwide lockdown at very short notice presented several challenges. We have had to weigh up the proportionality of the national response and the extent of restrictions we would need to impose.

We ultimately chose to err on the side of caution. And as the presentation by the Ministry of Health last week indicated, enforcing a lockdown at the time we did has slowed down the rate of infection and, more importantly, bought us time to prepare for a probable surge in infections in the coming weeks and months.

We had to consider the impact on an already floundering economy in both the long and short term, and the impact of this substantial disruption on the livelihoods of millions of people.

We had to consider what weeks of confinement to the home would mean for the employed not paid regular salaries, for the unemployed and those seeking work, for those in casual or seasonal employment, for those in the informal sector, for the indigent and for the vulnerable.

Cabinet will finalise a set of measures to respond to the impact of the lockdown on the livelihoods of our people. This has been preceded by a range of engagements with a number of stakeholders including business, labour, religious organisations, civil society and the Presidential Economic Advisory Council.

The social partners have put forward a number of proposals on interventions that could address the immediate vulnerability of the poorest of the poor, most of whom rely on social assistance to survive.

We will scale up welfare provision during this period to help households living below the poverty line.

Even when the nationwide lockdown is lifted, its effects will continue to be felt for some time to come.

Those fortunate to have a steady income will be able to return to their jobs; but for millions of others this will be a lost month where they would otherwise have found temporary work, done business in the informal sector or saved money earned to meet their family responsibilities.

Food support is a short-term emergency measure. It will need to be matched by sustainable solutions that help our most vulnerable citizens weather the difficult times that are still to come.

I wish to thank the many NGOs, religious groups and ordinary citizens who are donating money and volunteering to help feed the hungry and destitute.

Alleviating hunger is not an act of charity. It is an imperative for any society that is founded on respect for human rights.

We are at a point in our battle with the pandemic where complacency could prove disastrous. I call on each and every one to remain vigilant, to continue to abide by the regulations, and to keep safe and keep others safe.

As government we will this week be providing information on the direct interventions we are taking to shield our most vulnerable citizens from the grim prospect of starvation.

Among the many difficulties our people face at this time, wondering where their next meal will come from should not be one of them.