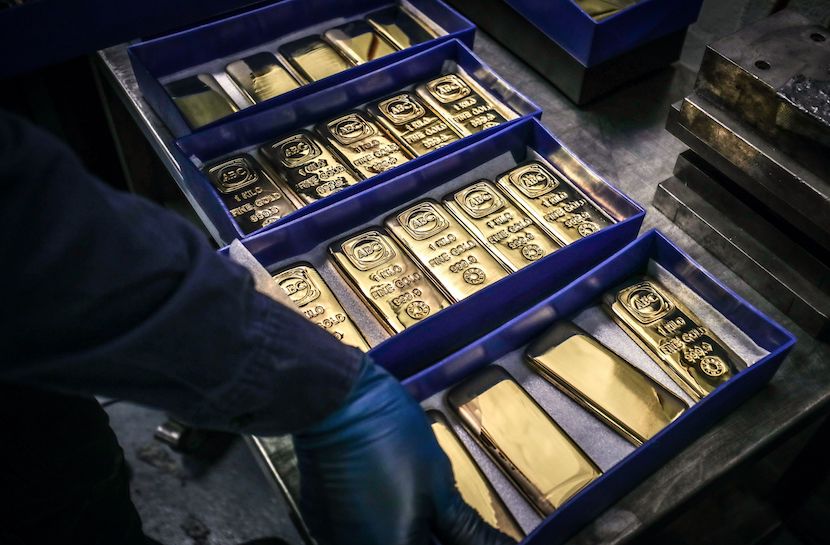 By Robert Brand and Adelaide Changole

(Bloomberg) — Not even a record rally can entice foreign investors to South African gold stocks.

With gold prices soaring on the heels of monetary stimulus, shares in producers of the metal are back in favor around the world. But investors are fretting about supply disruptions at South Africa’s mines as a result of soaring Covid-19 infections, according to Benguela Global Fund Managers Ltd.

Non-residents sold a net 2.1 billion rand ($128 million) of the country’s gold shares since the beginning of last week through Tuesday, even as a Johannesburg index of gold miners climbed more than 6% to the highest on record. That’s more than half of the total outflows from the equity market in that period, more than any other sector, according to JSE Ltd. data.

Virus infections in Africa’s most-industrialized economy climbed above 370,000 this week, making it the fifth-worst affected country globally. Gold mines, already among the world’s highest-cost producers, are struggling to boost output after a lockdown that temporarily closed down operations. 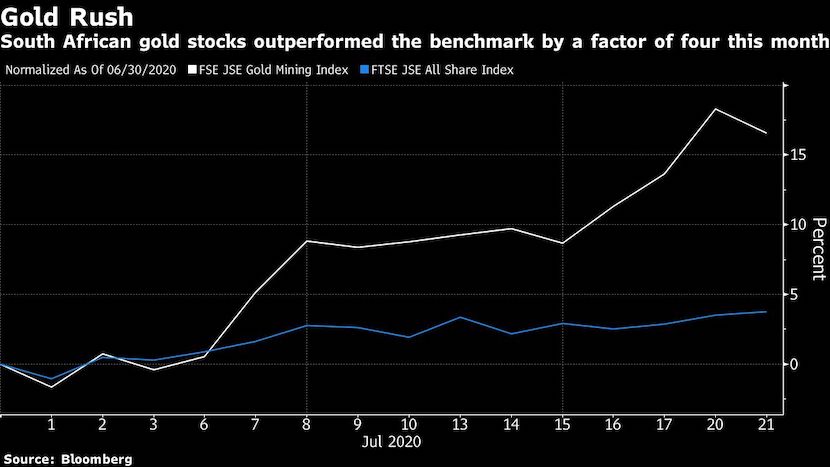 “The risk of supply disruptions is becoming higher, especially at deep-level mines, as the infection rate increases,” said Karl Gevers, a portfolio manager at Johannesburg-based Benguela, which oversees about $1.2 billion. “History shows that a higher gold price is followed by higher costs 12 months later as miners start moving into lower grades, and this would cause some worry for investors.”

The rand’s 5.3% gain against the dollar in July is also eroding profits for gold miners, who sell the metal for dollars, but pay costs in the local currency. That may be prompting some investors to take profits on gold stocks, said Gevers.

The FTSE Johannesburg Gold Mining Index of five companies is up 16% this month, compared with the 3.8% advance for the benchmark FTSE JSE Africa All Share Index.