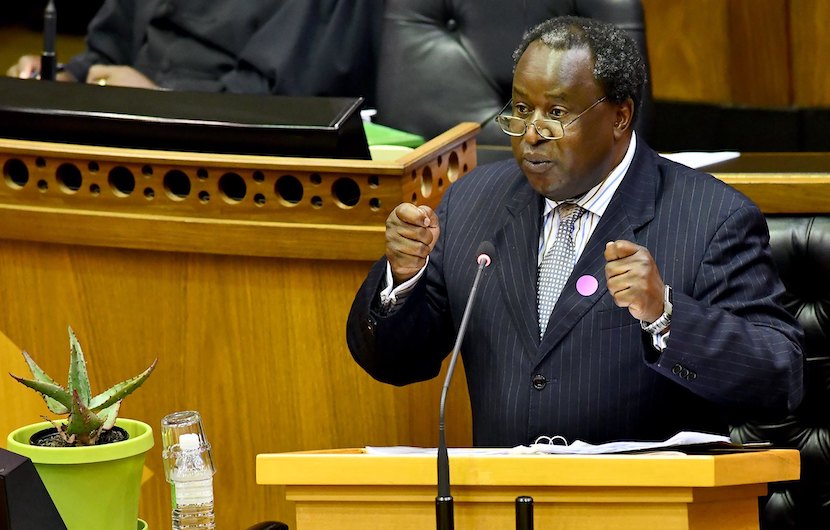 By Prinesha Naidoo and Sarina Yoo

(Bloomberg) – South African Finance Minister Tito Mboweni will have to show commitment to curb spending and rein in debt in this week’s budget, while finding ways to revive an economy that probably contracted the most in nine decades last year. Mboweni will present the government’s spending framework for the next three years on Wednesday, after the coronavirus pandemic ravaged Africa’s most-industrialised economy, increasing the strain on already stretched public finances and even forcing the ruling African National Congress to end its long-held resistance to borrowing from the International Monetary Fund.

While revenue collection for this fiscal year may overshoot the Treasury’s October estimate, the pandemic has raised pressure on state coffers. The government won’t reach its goal of achieving a primary budget surplus by 2025-26, according to sixty-five percent of economists surveyed by Bloomberg. The targeted positive balance is part of the active scenario of managing public finances, which include debt that’s projected to peak at 95.3% of gross domestic product in the 2026 fiscal year.“In the absence of meaningful economic growth, South Africa’s fiscal strain will remain a reality for years to come,” said Elize Kruger, an independent economist. 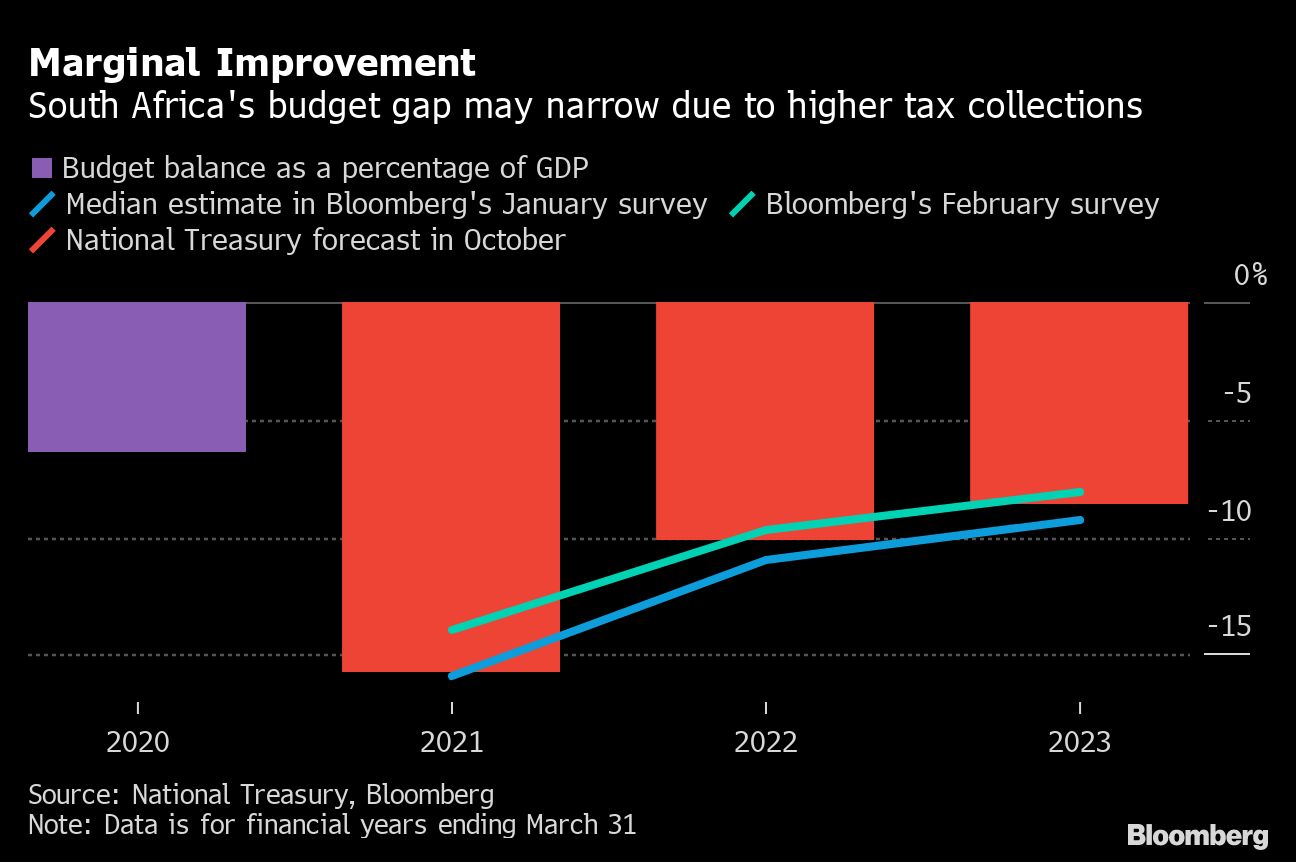 The consolidated budget deficit is forecast reach 13.9% of GDP this fiscal year, according to the median estimate of 22 economists in a Bloomberg survey. That’s less than the Treasury’s October estimate, mainly due to better-than-expected tax collections rather than an improvement in the economic outlook. For 2021-22 the shortfall is now seen at 9.7% of GDP.

“The biggest risk will remain the Treasury’s ability to implement the proposed wage savings of over 300 billion rand. The labor court vindicated the decision to freeze public-sector salaries last year. However, the decision has yet to be affirmed by the country’s highest court.

Of the economists surveyed, 70% expect Mboweni to announce tax increases. Those will probably come from excise duties on alcohol and tobacco products, fuel levies and by not adjusting tax brackets for inflation, rather than new measures such as a wealth or solidarity tax because that could further throttle the economy.

The “dire outlook necessitates a carefully calculated approach to governmental revenue generation,” Charles de Wet, a tax executive ENSAfrica, said in a note. “The minister is expected to prioritise economic growth and commercial stimulation during his budget speech by exercising restraint regarding taxation increases.”

The Treasury could reduce its weekly bond issuance by around 2 billion rand to show that it is serious about reducing the deficit and slowing debt accumulation, Nazmeera Moola and Adam Furlan of asset manager Ninety One Ltd. said in a note.

“Given the current large government cash balances, a continuation of the high levels of issuance would raise serious doubts about government’s commitment to further consolidation,” they said.

Officials including Mboweni have repeatedly warned that the country faces a sovereign debt crisis unless is takes urgent action. However, plans to reduce expenditure by about 300 billion rand over the next three fiscal years, mainly by paring a salary bill that’s surged by 51% since 2008, have drawn criticism from politically influential labor groups, civil society organisations and some opposition lawmakers.

Of 21 economists in a Bloomberg survey, 16 said the projected spending cuts will have to be revised down. Still, the Treasury may not change its spending outlook yet because there is no resolution on the wage-bill issue, said Peter Attard Montalto, head of capital markets research at Intellidex.