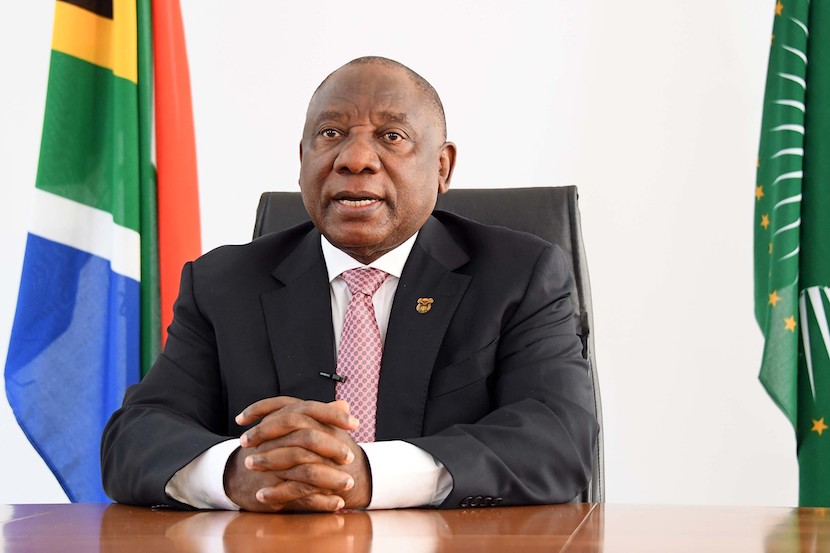 In an article published on BizNews last year, the IRR’s Anthea Jeffery described the National Democratic Revolution as a ‘Soviet-inspired programme intended to take the country by incremental steps – and over a period of 40 years or more – from a capitalist economy to a socialist one’. Jeffery elaborates further, listing three of the ‘most damaging’ interventions that were to be introduced at the time. One of them was allowing for expropriation without compensation – a topic that has many South Africans fearing the future. The potential damage of EWC on the economic growth of South Africa is a cause for concern. Speaking to Jackie Cameron, independent financial advisor Dawn Ridler outlined why land expropriation doesn’t work, using examples from the past. ‘I just worry that we’re shooting ourselves in the foot. If we take acquisition without compensation – which is in violation of property rights norms in the West – that could impact on our direct investment and impact on economies’. Here, the IRR’s Head of Policy Research – in great detail – outlines the potential impact of NDR, stating ‘above all, we must abandon the NDR and unshackle the economy from the leg-irons it has forged’. This article was first published on the Daily Friend. – Jarryd Neves

Cyril’s only ‘success’ is in advancing the NDR

Despite the many pious platitudes in last week’s SONA (state-of-the-nation address), the only ‘reforms’ President Cyril Ramaphosa is busy implementing are the policy shifts needed to advance the national democratic revolution (NDR) to which both he and the SACP/ANC alliance have long been committed.

One such shift came to fruition last week with the decision by Thulas Nxesi, minister of employment and labour and deputy chairman of the SACP, to raise the national minimum wage by 4.5% for most employees, 16% for farmworkers, and 22% for domestic staff.

These mandatory and double-digit increases are sure to worsen job losses. This is especially so in agriculture, where 72 000 jobs were lost last year, and also in domestic service – where jobs decreased by 165 000 as the Covid-19 lockdown took its toll. From the NDR perspective, job losses are useful in increasing anger and despair and so adding to revolutionary potential.

Then there is the Employment Equity Amendment Bill of 2020 (the EE Bill) – currently open for public comment until tomorrow – which Mr Nxesi has been seeking to push through Parliament since 2018.

This bill empowers the minister to set binding racial targets – quotas, in all but name – for designated private sector employers in specified economic sectors. It will also, says Mr Nxesi, give the state ‘the force it needs’ to compel compliance with the goal of demographic representivity at management and other senior levels.

However, the NDR notion that members of different race groups will, in the absence of racial discrimination, automatically fan out into the workforce in accordance with their share of the economically active population is irrational and unattainable. Individuals are not inter-changeable representatives of their racial groups, but differ sharply in age, skills, experience, motivation, values, and a host of other attributes.

In South Africa, demographic representivity effectively requires 75% African representation in management and other senior posts. But this cannot sensibly be achieved when roughly half of all black people are under the age of 25 and lack necessary experience. In addition, only some 5% of black people have university degrees, even though such qualifications are often needed or advisable for senior positions.

The most important of the pending NDR bills is, of course, the Draft Constitution Eighteenth Amendment Bill of 2019. This is intended to amend Section 25 of the Bill of Rights (the property clause) so as to allow expropriation without compensation (EWC) for both land and any ‘improvements thereon’ that are taken by the state for ‘land reform’ purposes. Such improvements could include houses, office blocks, shopping centres, factories, and other structures.

Having kept the public in the dark about the progress of this EWC Bill for many months, the Ad Hoc Committee responsible for its drafting has suddenly picked up its pace. The written submissions made by the public last year are being brushed aside, it seems, so that the committee can approve the measure by 19 March. The EWC Bill will then be submitted to Parliament to be rubber-stamped by both houses – albeit by the necessary special majorities – and so enacted into law.

Almost as important is the Expropriation Bill of 2020, now open for public comment until the end of this month. This Bill is not in fact a ‘land’ measure, as the government and other commentators persist in pretending, for the property it covers is expressly ‘not limited to land’.

With tax revenues declining, a key purpose of the Expropriation Bill is to open the way to compulsory asset prescription for the country’s R4-trillion-rand pot of pension savings. Another important objective is to facilitate the nationalisation of the South African Reserve Bank (SARB) and so usher in the ‘quantitative easing’ (essentially, the untrammelled printing of fiat money) that will be needed to finance the further stages of the NDR.

Damage would still be enormous

Even if the Expropriation Bill was in fact confined to land, the damage from it would still be enormous. Its ramifications in the land sphere are best understood by re-assessing it in the light of the July 2019 report of the Presidential Advisory Panel on Land and Agrarian Reform.

This panel was appointed by Mr Ramaphosa to advise him on EWC and other possible land and farming interventions. Its recommendations – most of which have since been endorsed by the Ramaphosa administration – help illuminate the NDR thinking behind the EWC and Expropriation Bills.

According to the panel, Section 25 must indeed be amended – and in very much the way the EWC Bill now provides – so as to ‘move away’ from the mandatory compensation the Constitution requires.

In addition, the panel lists ten instances (double the five currently contained in the Expropriation Bill) in which ‘nil’ compensation may be appropriate: for example, where land has been ‘abandoned’ or is held ‘purely for speculative purposes’. The panel also makes it clear (as does the Expropriation Bill) that the circumstances meriting ‘nil’ compensation should not be limited to the ones it lists.

The panel further recommends that expropriation aimed at redistribution should continue until land ownership has become demographically representative. It also seems to think that the government should seek to ‘redistribute the country’s 72% of land which is in private ownership’.

This last proposal highlights the scale of the expropriation envisaged. It also points to an ideological hostility to the very notion of private land ownership – and echoes the NDR’s demand for state ownership or control of all land in the country.

Particularly relevant to the Expropriation Bill is the panel’s proposal of a new compensation policy, under which compensation will range from ‘zero’ or ‘minimal’ to ‘substantial’ or ‘market-related’.

The panel also recommends that municipalities across the country, including those in urban areas, should use ‘the input of local residents’ to identify well-located and appropriately serviced land that is suitable for redistribution. ‘Individual owners of properties that meet the criteria of land required for redistribution…may [then] offer their land as donations, or enter into negotiations with the state, failing which the state may proceed to expropriate’, it states.

This approach is fundamentally coercive. Combined with the draconian powers to be accorded all expropriating authorities under the Expropriation Bill, it virtually guarantees that expropriation for ‘zero’ or ‘minimal’ compensation will soon become the state’s favoured method of land acquisition.

Though the panel ignores this issue, the ramifications for the banking system will be severe. Particularly telling is a clause in the Expropriation Bill stating that any mortgage over expropriated land will automatically end when ownership passes to the state. The underlying debt will not be extinguished, however, which means that expropriated owners – despite the loss of their key assets – will still have to pay off what they owe.

Under the current Expropriation Act, the repayment burden on erstwhile owners is significantly less onerous, as the compensation payable on expropriation must be based on market value, plus damages for all resulting losses, including any loss of income. Under the Bill, by contrast, compensation could often be ‘nil’ or ‘minimal’ – and is likely to fall far short of the amount of any outstanding mortgage loan.

This situation is profoundly unfair to expropriated owners. In practice, the obligation to pay off outstanding mortgage loans could push them into bankruptcy and make it impossible for them to replace assets lost through no fault of their own. Banks will also come under severe strain. Many mortgage debts will inevitably remain unpaid, which will jeopardise the credibility and sustainability of the banking system and could unleash a massive banking crisis.

After three years of meaningless social compacting, empty reassurance, and ever more damaging NDR interventions under Mr Ramaphosa’s watch, it is time to call a halt.

We must repeal coercive labour laws, scrap the EE Bill and other damaging BEE requirements, jettison the EWC and Expropriation Bills, uphold property rights, and give secure title to millions of black South Africans with informal land-use rights so as to bring their ‘dead capital’ to life.

Above all, we must abandon the NDR and unshackle the economy from the leg-irons it has forged. Only on this basis can we attract sufficient direct investment, escape the Eskom death spiral, reward and expand scarce skills, build up the value of homes, businesses and other assets, raise the growth rate to the emerging market average, and start generating the millions of jobs so urgently required.

The formula for success is a simple one that has demonstrated its value in countries across the world. And, much as the SACP/ANC alliance would like to keep using the promise of Mr Ramaphosa’s ‘new dawn’ to help advance the revolution, the gathering economic crisis can also be harnessed to repudiate the NDR and embrace the proven path to prosperity.