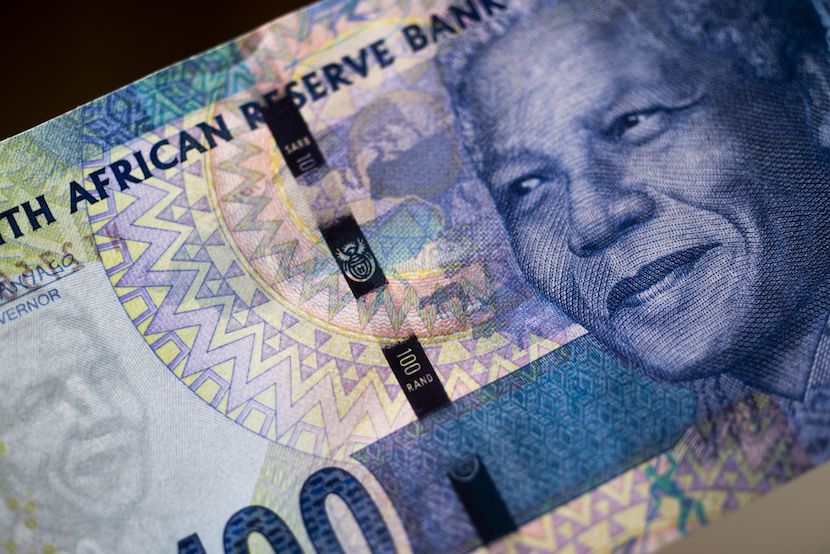 The ongoing Covid-19 crisis that South Africa currently faces is having a profound effect on the finances of the country. Bloomberg reports that ‘the spread between 20-year and two-year debt has risen 48 basis points over the past month’, with load shedding and the second coronavirus wave slowing down recovery. Prior to the pandemic, the fiscal state the country found itself in was not a positive one. As Colleen Goko writes, the ‘sluggish’ SA economy and multiple bailouts for SOEs were already decimating the country’s finances. – Jarryd Neves

(Bloomberg) – The coronavirus crisis is scratching old fiscal wounds in South Africa as investor concern about a gaping budget hole and resurgent inflation helps to steepen the sovereign yield curve.

The spread between 20-year and two-year debt has risen 48 basis points over the past month amid renewed electricity blackouts, a second-wave of Covid-19 and seemingly a slower path to recovery. That has ended a six-week bout of flattening in the aftermath of Joe Biden’s victory in the US elections.

South Africa’s finances were already deteriorating due to bailouts for state-owned entities, a sluggish economy and below-target revenue collection when the pandemic worsened the situation. The government was forced to increase its domestic-funding requirements for a R500bn ($33.5bn) stimulus aimed at reigniting growth and supporting those worst affected by the pandemic.

“We may have entered a new year, but we are still grappling with issues that we were dealing with in 2020,” said Michelle Wohlberg, a fixed-income analyst at Rand Merchant Bank in Johannesburg in a note to clients. “Fiscal woes remain in place and have taken their toll on the bond curve since December.” 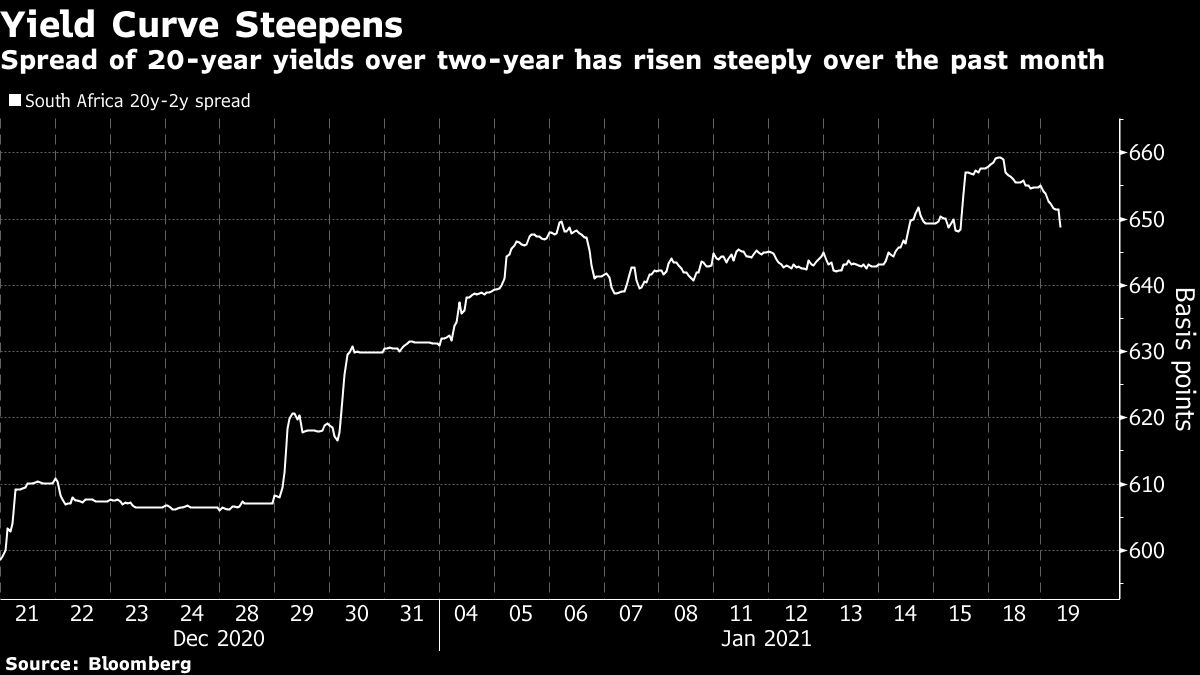 The yield on bonds maturing in January 2040 has risen 29 basis points over the past month to trade at 10.93% as of 2:06pm in Johannesburg. The rate on securities maturing in February 2023 is down 19 basis points to 4.47% over the same time, with most of the reduction coming in the past six days.

South Africa currently sells R6.6bn worth of nominal bonds at weekly auctions. This amount could increase when finance minister Tito Mboweni presents the budget next month especially after the re-imposition of measures meant to slow the spread of corona. These included a renewed ban on alcohol sales, which economists at NKC African Economics say will have a profound impact on fiscal revenue.

“Issuance is to remain near record highs for a long time to come,” said Stephen Arnold, a bond trader at Investec Bank. “Coupled with National Treasury’s switch auction program, this will keep the yield curve steep. While the program is small, the relentless monthly frequency will ensure elevated supply.” 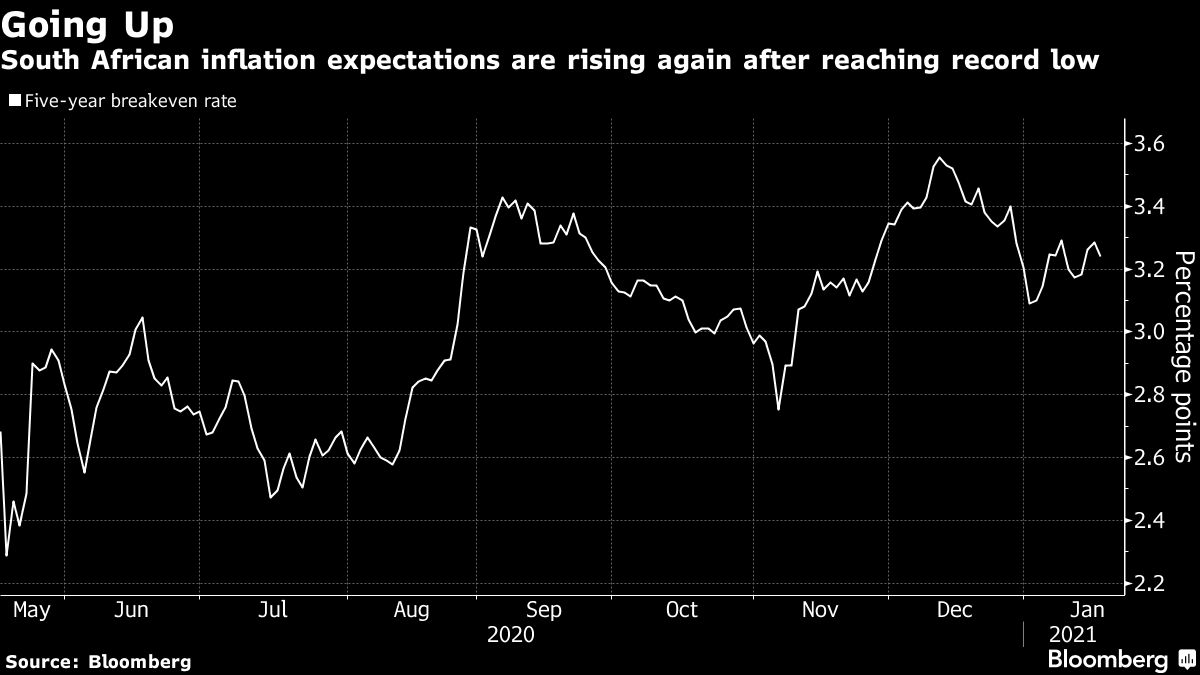 Part of the steepening was due to growing inflationary fears amid unprecedented levels of monetary accommodation and fiscal stimuli, said Mike Keenan, the Johannesburg-based Sub-Saharan strategist at Absa Bank.

The five-year breakeven rate, a measure of investor expectations for inflation, has risen from a record low of 2.29% in May to trade at 3.24% on Tuesday.

The South African Reserve Bank targets inflation between 3% and 6%. While all but one of the 17 economists in a Bloomberg survey expect policy makers to hold the key rate at the record low of 3.5% on Thursday, forward agreements are pricing in a 40% chance of a 25 basis-point reduction.