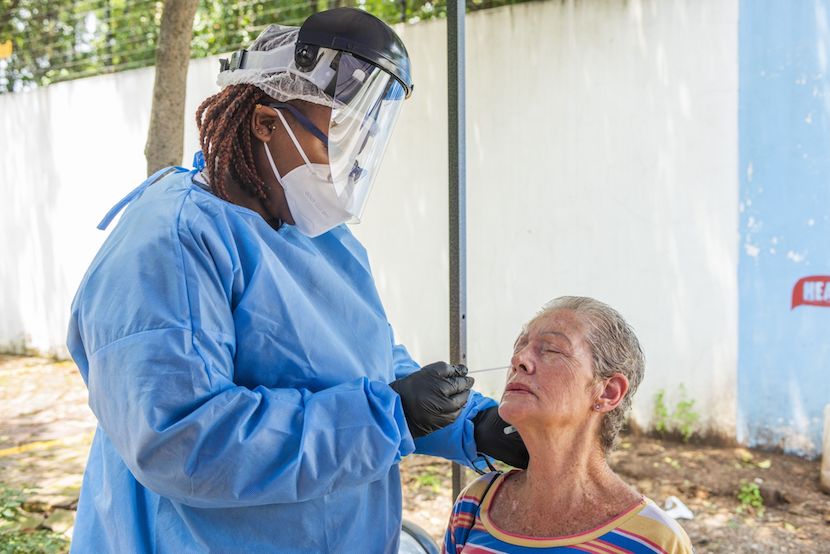 (Bloomberg) – South African scientists said their findings that antibodies generated in response to infections with the coronavirus variant first found in the country can protect against other strains of the virus may allow for more effective vaccines.

“If you are actually infected with this variant or you can design a vaccine with this variant it might provide cross-protection against other variants,” Alex Sigal, a faculty member at the African Health Research Institute, said on a webinar on Wednesday. “It might leave the virus with not much room to go. This to us was incredible.”

The variant, known as 501Y.V2 and identified in South Africa late last year, has taken over as the dominant strain in the nation of 60 million people and has spread to 48 other countries. Initial evidence suggests it’s 50% more transmissible than the original virus and has led to countries including the U.K. banning flights from South Africa.

Much of the research was done by Krisp, a genetic-sequencing institute in Durban, South Africa. The research did show that antibodies generated in reaction to infections with the original virus were as much as 48% less effective against the new variant, according to data presented on the webinar.

“This is indeed good news for all of us,” South African Health Minister Zweli Mkhize said.

South Africa has been the country worst affected by Covid-19 on the continent, with more than 1.5 million confirmed cases and 50,271 deaths.

A small trial of AstraZeneca Plc’s vaccine indicated that it had limited effect on preventing mild disease from infection with the 501Y.V2 variant, leading the government to switch to Johnson & Johnson’s shot for its initial vaccinations.